Derek Chauvin to mention photo of juror who attended D.C. rally during appeal

The photo of Brandon Mitchell at the March on Washington will reportedly be raised during Chauvin’s appeal.

Derek Chauvin filed a motion for a new trial on Tuesday (May 4), and he’s planning to mention the juror who participated a D.C. rally as he appeals his guilty verdict. As TMZ reported, the former officer will raise the surfaced photos of juror Brandon Mitchell in hopes to get his request approved.

Doubts surrounding Mitchell’s impartiality during Chauvin’s murder trial were raised recently after an old photo surfaced of him attending the rally commemorating the 57th anniversary of the March on Washington, a demonstration in which George Floyd’s family spoke. In the picture shared by his uncle Travis Mitchell on Facebook, the juror was spotted wearing a shirt that featured the Black Lives Matter acronym and the words, “Get your knee off our neck,” a possible reference to Floyd’s death.

Jury consultant Alan Tuerkheimer and civil rights attorney Brian Dunn warned that Chauvin may possibly use the photo to support his request for a new trial. The motion filed by Chauvin’s attorney, Eric Nelson, reportedly makes no mention of Mitchell’s name but alleges that pretrial publicity, the judge’s decision to stay in Minneapolis and “jury misconduct” affected his client’s right to a fair trial.

Mitchell maintained that he was objective throughout the trial just as he promised he would be during the jury selection process. At the time, he said he didn’t attend any protests related to police brutality or any of the Minneapolis demonstrations seeking justice for Floyd’s death. The Martin Luther King Jr. rally, he believed, didn’t necessarily count as it had significance beyond Floyd’s case. 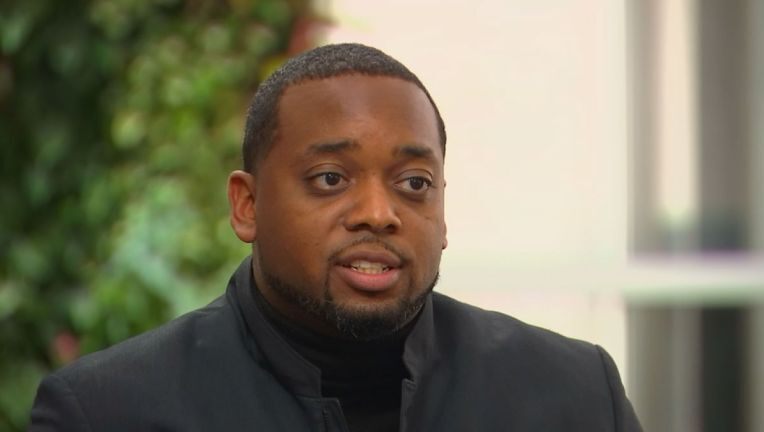