This morning (Feb. 23), Bobby Shmurda walked out of jail a free man. According to the New York State Department of Corrections and Community Supervision database, the “Hot N*gga” MC has been released after serving a six-year sentence.

A video shared by the @2cool2bl0g Instagram page on Tuesday showed Shmurda leaving the prison facility on a private jet shortly after his release. “#BobbyShmurda Almost home, they picking him up in a jet,” the caption reads.

In 2014, Shmurda was arrested on gang conspiracy, gun and drug charges. Two years later, he pleaded guilty to 4th-degree conspiracy and 2nd-degree criminal weapons possession and was sentenced to seven years in prison.

His conditional release date was previously moved up to Feb. 23, which is 10 months ahead of the actual end of his sentence. After a judge denied him parole, the Time Allowance Committee reversed the decision and awarded Shmurda a conditional release due to his good behavior and program participation while he was incarcerated.

Shmurda will remain on parole until 2026. He will have to check in regularly with his parole officer, according to TMZ.

Shmurda’s friends and family already made plans for the newly released rapper. On Monday (Feb. 22), his mother, Leslie Pollard, said the 26-year-old will enjoy a private dinner with his family and will then hit the studio. Last month, she celebrated the news of her son’s potential release.

“My [Man Crush Monday]... I am counting down just wishing we could run straight to February right quick,” she wrote on Instagram. “I can’t wait to hug my child. It ha[s] been almost a year, anxiety is getting the best of me.” 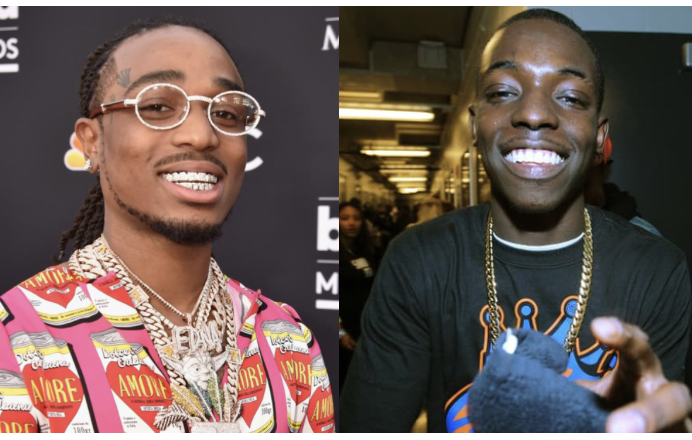 Rowdy Rebel, Shmurda’s close friend and collaborator, was freed from prison at the end of last year. He is hopeful that the two will be able to hit the Summer Jam stage this year. “We definitely gon’ show up to Summer Jam,” Rowdy told Hot 97. “I normally wouldn’t speak on my brother’s behalf, but I know my brother ain’t gonna miss Summer Jam… Some things are just mandatory, and Summer Jam is mandatory.”

Welcome home Bobby! See a video of him leaving prison below.