The Los Angeles Lakers and LeBron James came through with a 131-122 victory in Game 5 of the NBA playoffs against the Portland Trailblazers Saturday (Aug. 29) evening, but before the game kicked off James made a tribute to the late Chadwick Boseman.

As the national anthem rang on, James and his teammates took a knee against police brutality like they have done for every game in the bubble since the league resumed. This time, the Lakers star added the Wakanda salute in Boseman’s memory.

The award-winning actor passed away on Friday at the age of 43 after a 4-year battle with colon cancer.

Lakers’ LeBron James w/ tribute to Chadwick Boseman: “It actually felt like we had our black superhero and nobody could touch us. To lose that, it’s sad in our community. To lose Black Panther & Black Mamba in the same year — 2020 is the sh**tiest year.” pic.twitter.com/GiGbPA80Gp

Following the Lakers’ win against the Blazers, James spoke on his decision to honor Boseman with the Wakanda salute during the national anthem.

“It actually felt like we had our Black superhero and nobody could touch us,” he said of Boseman’s legacy during the after-game news conference. “To lose that, it’s sad in our community. To lose Black Panther and Mamba in the same year; 2020 is the shittiest year.”

Boseman’s role in Ryan Coogler’s 2018 blockbuster Marvel film Black Panther solidified him as an icon in the Black community and is seen as an inspiration to many across the globe. 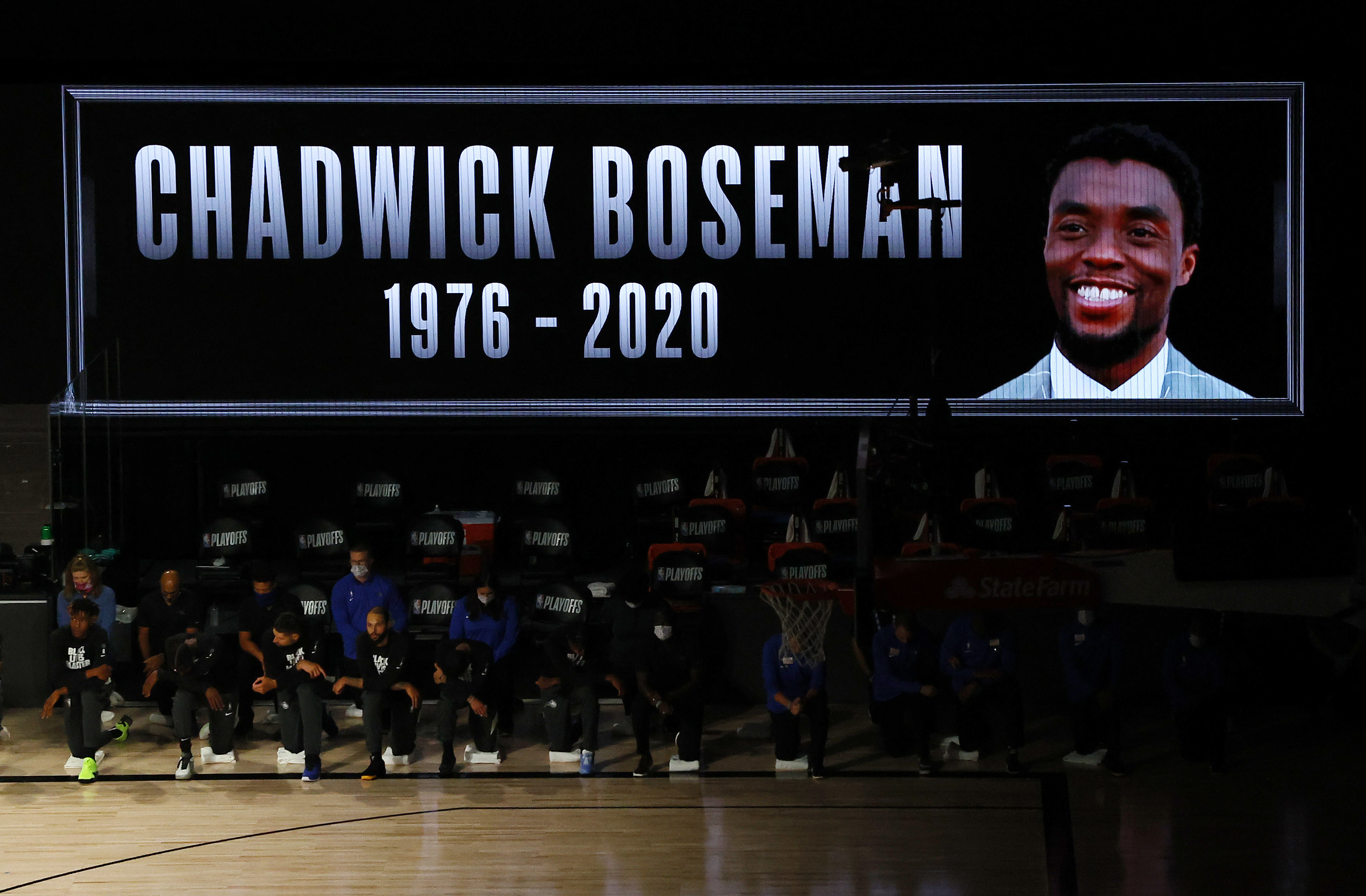 He also starred in Spike Lee’s Netflix war film Da 5 Bloods. His final film, Ma Rainey’s Black Bottom with Viola Davis, is slated to be released on Netflix posthumously in the near future.

His superhero role as King T’Challa in Black Panther and the Wakanda salute has become an illuminating inspiration to both kids and adults, including James who felt it necessary to make sure his legacy continues to be celebrated.