Kenneth Walker is being sued by one of the officers involved in the raid that killed his girlfriend in March.

Tyler Perry is stepping in to help Breonna Taylor’s boyfriend, Kenneth Walker. Walker was with Taylor on the tragic night in March when Louisville police raided her apartment while they were sleeping, and one of the officers shot and killed her. The Hollywood producer has now reportedly donated $100,000 towards Walker’s legal defense as he is preparing to go to court to fight a lawsuit after one of the officers involved in the raid is suing him for assault and “emotional distress.”

TMZ is reporting that the movie mogul donated the money to the 26-year-old’s boyfriend through a GoFundMe page. Perry helped them reach the goal, which was set at $100,000. According to the outlet, the fund had only received less than $10,000 in donations prior to his contribution. The billionaire movie director made four separate donations, including two payments of $10,000, then minutes later donated $50,000 and one final $30,000. The page has now raised $101,345 to cover Walker’s legal fees.

Sgt. Jonathan Mattingly filed a civil suit against Walker in October for emotional distress, assault and battery. Mattingly claims he has experienced “severe trauma, mental anguish and emotional distress” from Walker’s actions on the night of Taylor’s death. 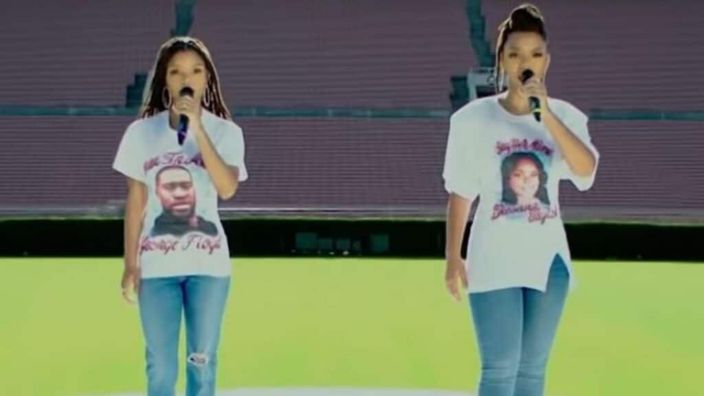 When Mattingly and other Louisville officers barged open Taylor’s apartment door, Walker believed the cops to be intruders. As a licensed gun owner, he fired a warning shot, which investigators believe hit Mattingly in the leg. In the lawsuit, his lawyer argued that the “emotional distress” stems from Walker allegedly shooting him during the raid.

“Mattingly was shot and nearly killed by Kenneth Walker. He’s entitled to, and should, use the legal process to seek a remedy for the injury that Walker has caused him,” the officer’s lawyer said in a statement to CBS News at the time. Walker’s attorney Steve Romines fired back calling the suit a “baseless attempt to further victimize and harass” Walker and reiterated that he was acting lawfully in self-defense.