A night of clashes between President Donald Trump supporters and counter-protesters turned violent in Washington, D.C. on Saturday (Dec. 12) night. The clashes ended with nine people being injured, including four who were stabbed, and at least 33 people were arrested.

Pro-Trump crowds, including the far-right group The Proud Boys, gathered Saturday in Freedom Plaza in support of the president’s allegations of voter fraud in the presidential election. Videos posted to social media showed confrontations between people wearing “Make America Great Again” hats and other pro-Trump attire, attacking their opponents and other bystanders.

As the sun went down, the protest grew more intense and Metropolitan Police officers and D.C. Fire & EMS crews were then called to the Downtown Washington area after the demonstrators were stabbed. D.C. police told NBC News4 that the four victims were all taken to the hospital with critical injuries but are expected to survive, and that a 29-year-old man was charged with assault with a dangerous weapon in connection to the quadruple stabbing. It was not immediately clear which group the man is affiliated with. 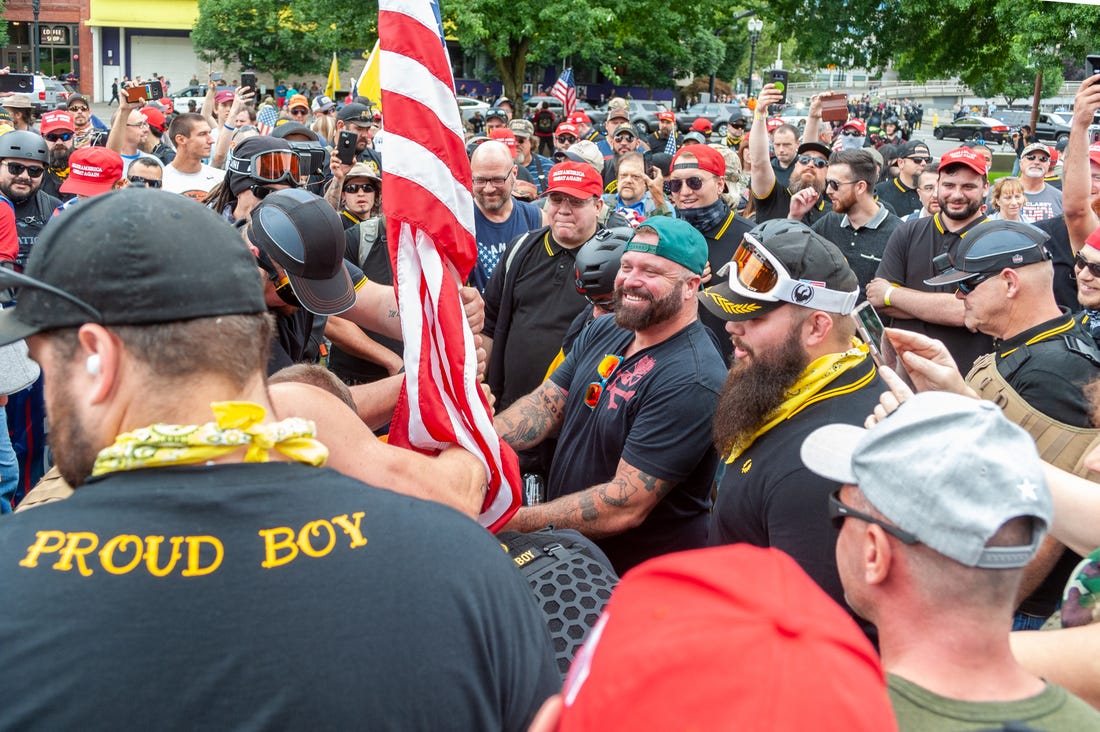 Things got even tenser near the Black Lives Matter Plaza, which is close to the White House. Police were at the scene dressed in riot gear helping keep the members of the Proud Boys, a far-right group, away from the counter-protesters. Officers were attempting to keep the groups separated, but were meant with insults from the Proud Boys group. According to The Washington Post, one member of the controversial group reportedly congratulated the cops saying that they are now hated on “both sides of the aisle.”

Proud Boys and other white supremacists burn a Black Lives Matter sign from the Asbury United Methodist Church in D.C. while dousing it with lighter fluid to intensify the flames. This public act is intended to terrorize and send a message to Black people. pic.twitter.com/0YNsTDaVqF

Other clips shared on social media showed far-right demonstrators burning a Black Lives Matter flag. Members of the Proud Boys dressed in black-and-yellow reportedly stole a BLM banner from the Asbury United Methodist Church, stomped on it, then set it on fire. In one of the videos shared on Twitter, the group can be heard chanting, “Fuck Antifa!” as they watched the banner burn. 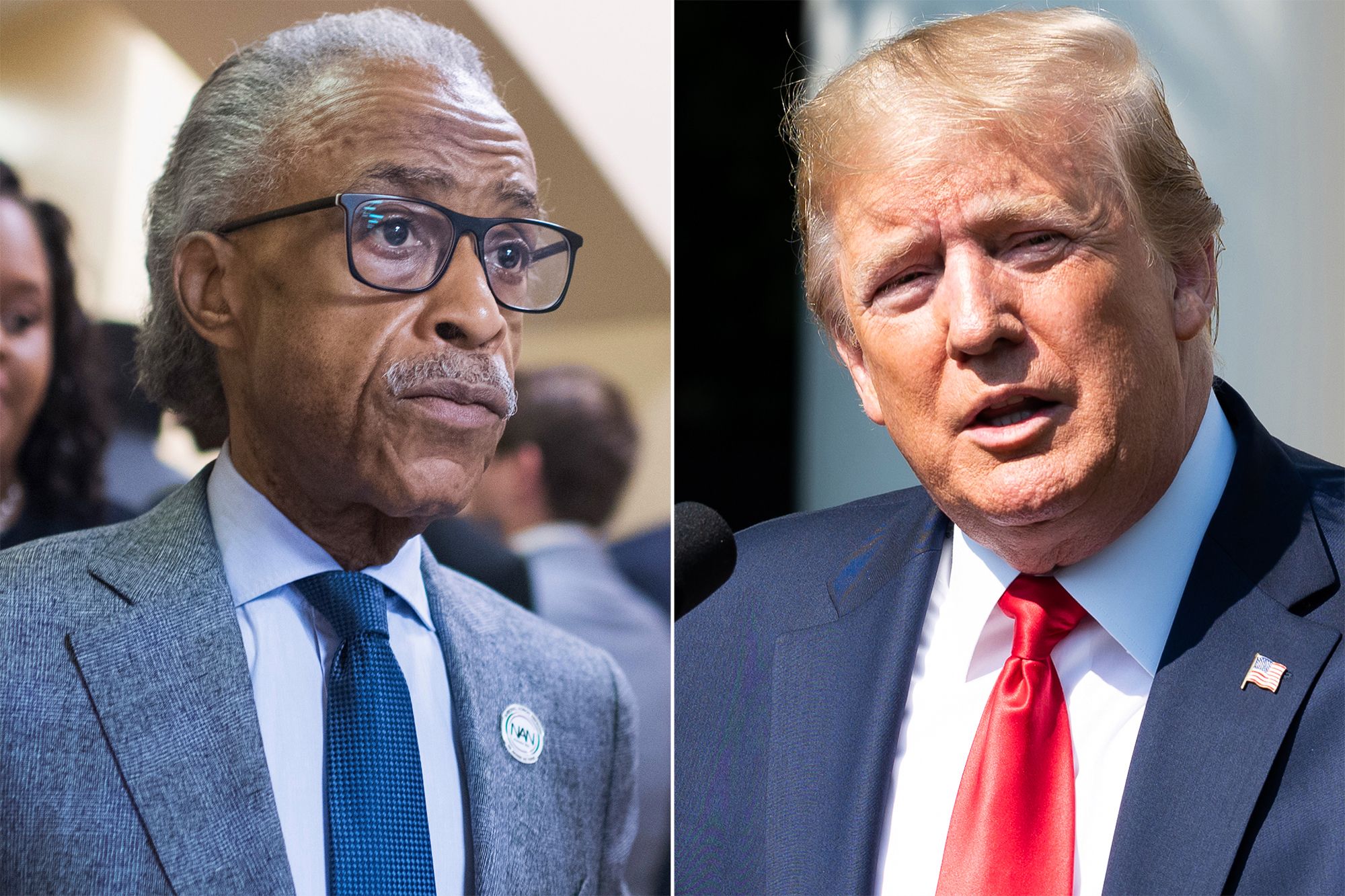 Police said eight people—including the four stabbing victims, two officers, and two other people—were injured from the clashes. Prior to the violent clashes, President Trump reacted to the protests earlier in the day, tweeting: “Wow! Thousands of people forming in Washington (D.C.) for Stop the Steal. Didn’t know about this, but I’ll be seeing them! #MAGA.”

Wow! Thousands of people forming in Washington (D.C.) for Stop the Steal. Didn’t know about this, but I’ll be seeing them! #MAGA