The Atlanta mainstays will face off tonight (Nov. 19).

Today’s the big day. Trap pioneers and notorious enemies Gucci Mane and Jeezy will face off tonight on Verzuz (Nov. 19), beginning at 5 pm PST/ 8 pm EST. Ahead of the highly anticipated showdown, fans have taken to Twitter to debate which Atlanta mainstay will emerge victorious.

Overall, the internet seems pretty split on The Snowman vs. Guwop discussion, with some pointing to Jeezy’s classic albums and others acknowledging Gucci’s cultural impact.

“Snowman beating Gucci, but Guwop gon entertain the shit out of us,” one fan tweeted.

“... We know for the most part Jeezy music is sonically better and bigger than Gucci’s... but Guwop shifted the culture and is partly responsible for music today,” another remarked. 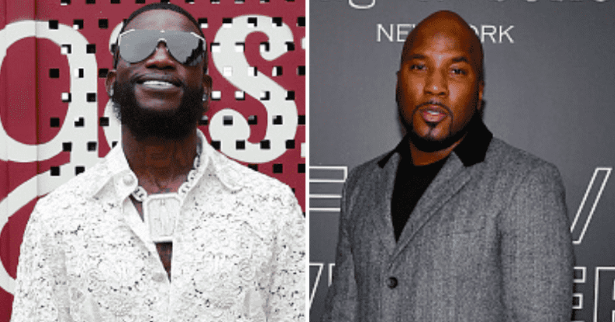 Jeezy and Gucci both released their studio debut albums in 2005 and followed-up with their sophomore efforts the next year. Gucci has reigned on the Billboard’s Hot 100, with 29 entries, while Jeezy has clenched more Top 5 and No. 1 albums. More importantly, we have both to thank — along with T.I. — for carving out Atlanta’s trap scene in the 2000’s and 2010’s.

The pair are so comparable that they even collaborated at the beginning of their careers, which, of course, spurred their infamous beef. After their fallout over “So Icy,” the feud progressed into back-and-forth disses and peaked with the death one of Jeezy’s associates. Initially, Gucci even declined a Verzuz battle against Jeezy, and T.I. was supposed to take his place. Thankfully, the longtime foes ended up setting aside their differences for the culture.

While fans have been flooding the timeline ahead of their Verzuz, Snowman and Guwop have proven to be pretty excited about the showdown, too. Tonight, Jeezy will also release his 10th studio album — The Recession 2 — which he shared the tracklist for earlier today. The effort will include his latest single, “Therapy For My Soul,” which saw him taking shots at Freddie Gibbs.

Check out some tweets from debating fans below and tune in on Instagram Live for the Verzuz tonight.

What Jeezy gon do when Gucci does this tho pic.twitter.com/rt9NZ4L8TM

check this out we know for the most part jeezy music is sonically better and bigger than Gucci’s.... but Guwop shifted the culture and is partly responsible for music today & jeezy aging like a sucka so tonight is for the real pic.twitter.com/CAwE2hF6vf

so y’all really saying jeezy is better then GUCCI?! pic.twitter.com/QShNl6le4q

Snowman beating Gucci, but Guwop gon entertain the shit out of us.

Currently getting ready for Jeezy vs. Gucci battle!! pic.twitter.com/5ZzKORiFYG

When Gucci play this tonight > pic.twitter.com/Bw21T8OKmq

lol that fact that y’all think Gucci is wiping Jeezy , lol that gives me all I need to know

Jeezy got hits but the hood love Gucci

I see it’s a lot of Gucci fans. Gucci don’t have a Cd or mixtape that come close to the classic TM 101 pic.twitter.com/fFn7KESP37