The duo is also set to head out on the road soon with Bino.

Closing out their hottest summer yet on a high note, Los Angeles rap duo BlueBucksClan drops their new single “Come Again,” out now via Out The Blue Records. To make matters even better, the new track arrives at the heels of a new tour announcement, as the two are set to head out on the road with fellow West Coaster Bino Rideaux.

Back in March, BlueBucksClan unleashed their Clan Virus 2 mixtape, which boasts a solid roster of features from names like Bino Rideaux, Lil Yachty, and Cash Kidd. They amped up the hype for the release by pairing it with the official video for the Hit Boy and Quavo-assisted cut “Lil League.”

BlueBucksClan, Quavo, and Hit-Boy ride it out in “Lil League” video 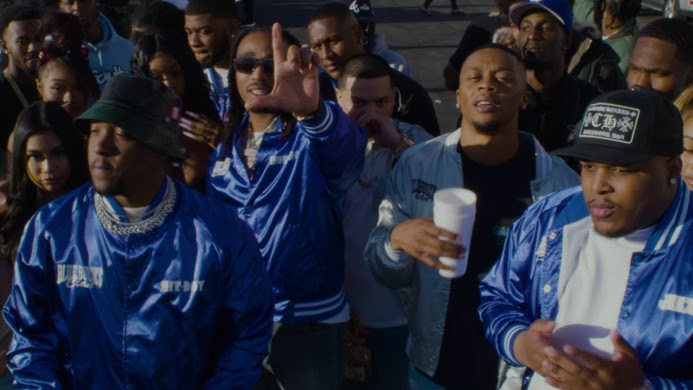 Clan Virus 2 is BlueBucksClan’s seventh project in two years and after a surging 2020. Recent singles from them include the Lil Yachty-assisted “Last Minute” and the courtside themed “Horace Grant” reaffirming their chemistry. In 2020, the duo released No Rules 2, Going Up, Clan Way, and the first Clan Virus. The rising act has been able to garner over 50 million U.S. streams in total, in addition to cosigns from DJ Mustard, Saweetie, and Shoreline Mafia, and athletes from Kevin Durant, and Russell Westbrook so far. Judging by their work ethic and unique identity, it looks like L.A. officially has new force to watch out for.

Fresh off of two headlining sold out LA shows, next BlueBucksClan will join Bino Rideaux for the “On My Soul Tour” this fall as special guests in the direct support slot alongside Coot Corleone. Jumping in on Dallas, TX at Trees on Oct. 10, BlueBucksClan rolls through major markets on both coasts, and conclude Nov. 5 at Masquerade in Atlanta, GA before the guys take the stage at Once Upon A Time In LA Festival on December 18 back home in LA.

Be sure to press play on BlueBucksClan’s brand new single “Come Again.”