The clip sees the Chicago rapper in a business deal gone bad.

2020 was a pretty big year for Calboy. First, he blessed the masses with his most recent project Long Live The Kings, a six-track offering with assists from Lil Baby, G Herbo, and Lil Tjay — months later, a deluxe edition of the project would add on six additional cuts with added contributions from Polo G, Yo Gotti, Fivio Foreign, and the late King Von. Added to the music was the Chicago star’s inclusion into that year’s XXL Freshman list, which — in addition to Fivio, Tjay, and Polo — saw him joining the likes of NLE Choppa, Baby Keem, Jack Harlow, Chika, Rod Wave, Mulatto, Lil Keed, and 24kGoldn. 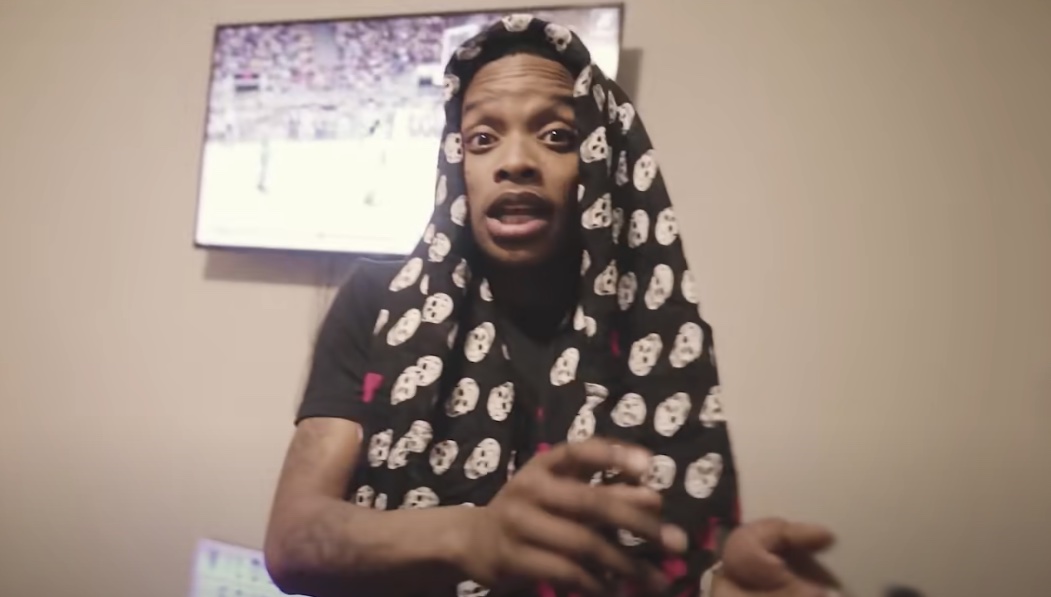 This year, Calboy has delivered high quality singles like “Miseducation” with Lil Wayne, “Ten Toes Down,” and “Pearly Gate” — he can also be heard on tracks like Lewie’s “The Block Is Hot,” Cap Gold’s “Ride Out,” JD On Tha Track’s “These Days,” and Blueface’s “Patience.” This past weekend, he added to that with “Round Here,” a NoLove-produced offering that sees Calboy harmonizing about how real it gets where he comes from:

“Tryna make it out them dark days, since the fame, been more pain and heartbreak, reminiscin’ ‘bout them days, was in that hallway, straight out the mud, I got this shit thе hard way, oh you gon’ keep it real, that’s what they all say, oh lord, I know what I know, and I cannot lack, I keep my semi-auto, baby, I been through some rain, I felt the sorrow, my bro he dead, I pray I see tomorrow…”

“Round Here” also sees an accompanying clip courtesy of iNightLyfe, which begins with Calboy in a skyrise residence with two beautiful women. He eventually hops in a high end whip and makes his way to a meeting, which quickly devolves into gunfire. Thankfully, it’s a “happy” ending for Calboy, who gets away with the product unharmed.

Check out “Round Here” below.