Trippie Redd and SoFaygo cause destruction in new “MP5” video

The song can be found on Trippie’s freshly released ‘TRIP AT KNIGHT.’

Last night (Aug 20), Trippie Redd revealed his new body of work titled TRIP AT KNIGHT, which acts as the sequel to his 2018 debut LP LIFE’S A TRIP. The new project spans a total of 18 records and includes features from Lil Uzi Vert, Playboi Carti, the late Juice WRLD and XXXtentacion, Lil Durk, Polo G, Icewear Vezzo, Babyface Ray, Sada Baby, and more. Without missing a beat, he drops off the first visual post-release, which is the freshly delivered “MP5” video. On the track, Trippie is joined by SoFaygo and the two bounce off each other’s energy effortlessly:

Hop out a GT3 with an MP5 (Bah), yeah, I got ice like Alaska, jet to Dubai (On gang, yeah)/ Had to spread my wings to teach ‘em all how to fly, you n***as square, divide ’em by pi/ Yeah, rolling ‘round, three GMC’s, ‘bout to be a drive-by, your lil’ homie know what’s up with me, talk down, you gon’ die 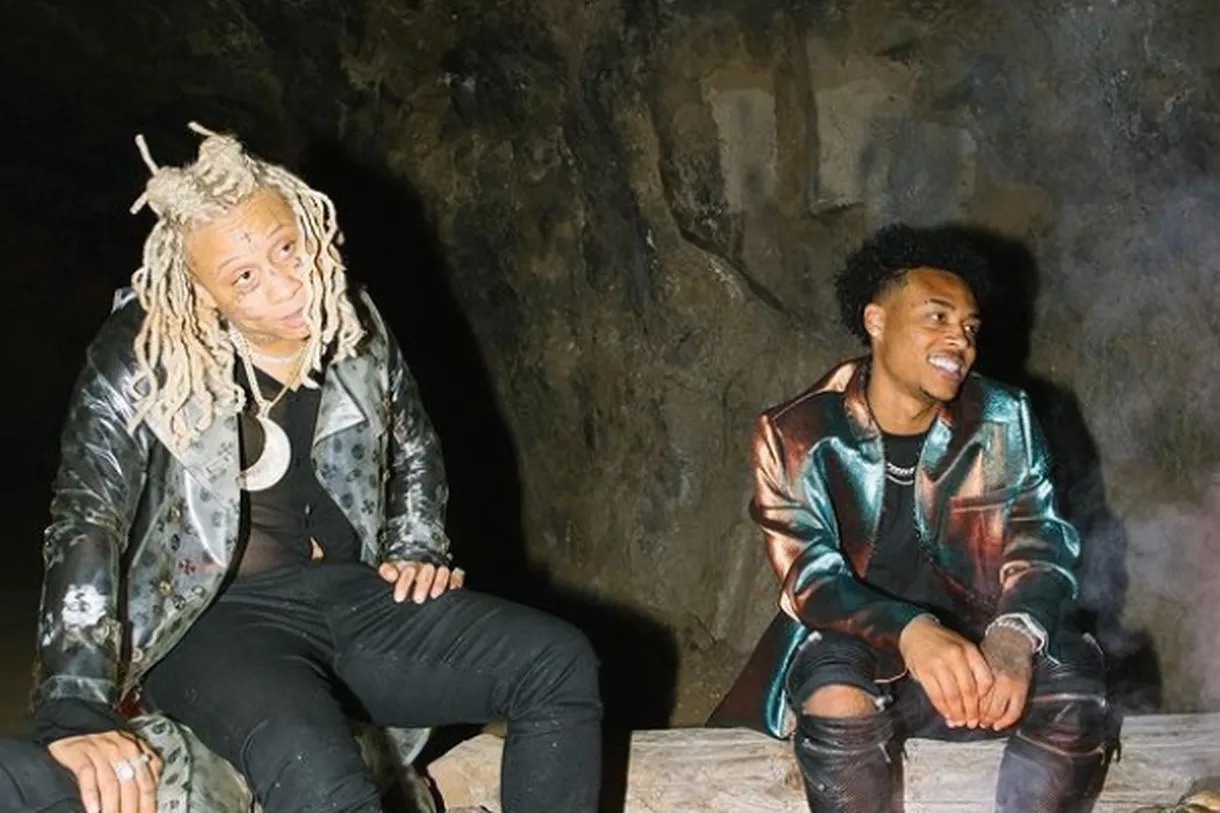 Keep that forty on my lap, I spent like twenty-four on my Rollie/ When you see me out in LA, just know I’m balling like Kobe, I’ve been number one, bitch, don’t need no trophy/ Know we crackheads, pass me the rock and I’ll be balling like Kobe/ Rolling down the 101, not no Zoey

Trippie Redd also announced his Tripp At Knight North American tour, which kicks off in Minneapolis on August 25 and wraps on October 6 in Los Angeles. TRIP AT KNIGHT follows last October’s Pegasus, a 26-track offering that saw a slew of appearances from PARTYNEXTDOOR, Chris Brown, Rich The Kid, Young Thug, Future, Quavo, Busta Rhymes, Sean Kingston, Doe Boy, Lil Wayne, Swae Lee, and more. As with previous drops, Pegasus saw considerable success on the Billboard 200 chart — it peaked at number two thanks to an impressive 60,000 album equivalent units sold during its first week of release.

Be sure to press play on Trippie’s brand new “MP5” video down below.