Mickey Factz has some words for his Detroit peer.

Some days ago, a heated debate between hip hop veterans evolved into an all out war on wax, when Royce da 5’9” and Lupe Fiasco decided to send shots at each other with “Silence Of The Lambda” and “Steve Jobs (SLR 3 1/2),” respectively. Those that have been watching everything unfold have also seen the roles they others have played throughout — Mickey Factz being one of the proverbial story’s leading characters.

Yesterday (July 26), Factz has officially entered the ring with his own song titled “Wraith,” an AWSME J-produced cut that samples Idris Muhammad’s Turn This Mutha Out cut “Could Heaven Ever Be Like This.” For about six minutes, the Bronx lyricist absolutely unloads on Royce da 5’9”, and at one point even raps using styles from fellow emcees Ransom and RJ Payne:

Mickey Factz presents “The Achievement: circa ’82” 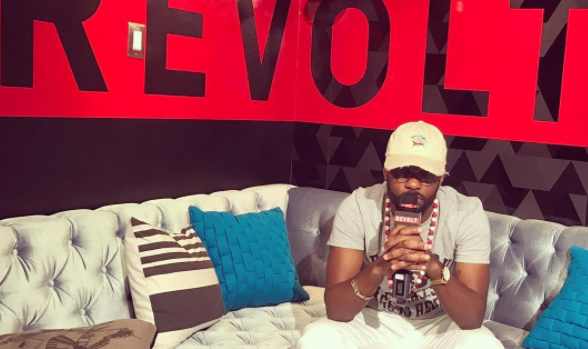 “All this chatting for hours is really silly nigga, with no rapping, I swear you gotta be backwards, no matter how many flowers you try to give a nigga, it’s like they only want them on top of their casket, damn, pay the price for acting ladylike, we rarely see black Eminems, kinda shady right? You sent the shot, so I flashed back like it’s 80’s Night...”

Those new to Mickey Factz won’t have any problem checking out what he’s been up to prior to this battle — at the top of the year, the still very active talent released his latest project Hue: An Audio Last Will & Testament, and ode to fatherhood that saw 10 tracks with additional contributions from Bun B, Novel, Tony Williams, Jose André, Renz Young, Shareef Keyes, Baegod, Nicholas Gant, and Showtyme. This August, he’ll team up with Blu and Nottz for the six-song EP The Narrative, which is led by the previously released singles “Stay Down” with Iman Omari and “Reign” with Asher Roth.

Press play on “Wraith” below. In related news, a recent Instagram post from Royce — also below — seems to insinuate that he already has a response coming.