Lupe Fiasco is back ladies and gentlemen!

To say the least, it feels marvelous to get some new music from Chicago’s own Lupe Fiasco. His run in the industry is well respected and only HE can deliver the way he does on wax. Meanwhile, the power of social media should NEVER be slept on. Earlier this year in May, Kaelin Ellis, a Florida-based producer uploaded a video making beats during quarantine. Generating over 2,000 likes, it was quite evident that he was very pleased with his work. In the comments, a Twitter user wasted no time tagging Lupe Fiasco. In turn, it didn’t take much time for Lupe to take notice.

Been standing in line since Thursday...#House

Once he realized what was transpiring in the visual, Lupe then took it upon himself to screen record the video. He didn’t stop there though — the rapper exported the audio to Garage Band and took the liberty of freestyling over the beat and tweeted out the finished result to his 1.2 million followers:

Of course, if anybody in their right mind notices something as epic as this, they’re going to cease the opportunity to attempt to work — and that’s exactly what Kaelin did! From there, it’s history. Not too long after, the Chicago rapper announced that he was dropping a 5-track EP titled HOUSE with the Florida producer. 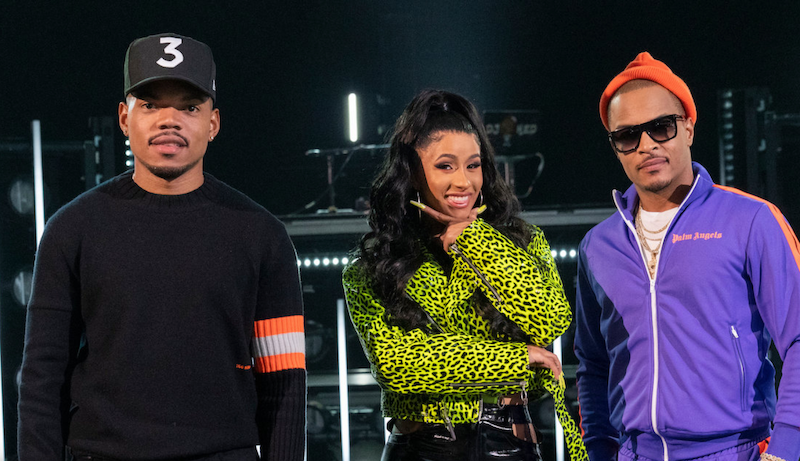 It’s wild how things come to fruition sometimes. We’re quite sure that Kaelin Ellis DID NOT expect to ever work with an iconic spitter of Lupe Fiasco’s caliber, but here we are. The EP’s artwork is inspired by Dave Brubeck and Charles Mingus album covers. It features a painting by Peter Gellatly, father of Lupe’s friend Sky.

Hopefully reading this will inspire you to utilize your social media platforms much better so that you too, may reap the benefits. Tune in to HOUSE below.