The song has been steadily taking over social media.

Kayla Nicole has risen to popularity for her hilarious videos-turned-memes on social media, but no one can deny she has a hit on her hands. Her “Bundles” record quickly spread across the web, mainly thanks to TikTok virality, and it stuck. She decided it was worthy of a fresh new paint job and tapped in with Flo Milli for a remix. On Flo Milli’s new verse, she matches the energy and proves she was the perfect addition. She even references a fellow artist Toosii:

All my bundles, they pricey, ooh, see why these bitches don’t like me (Ooh)/ I love when they on me when I’m walking in, that boy tried to play me, I f**ked on his friend, haha/ Go bad bitch, go bad bitchh, go (Ayy)/

I ride his face ‘til he choke, while he beat from the back, I tell him, “Give me more” (Ooh)/ Ah, ah, ah, ah, shaking-shaking my ass in the club/ I might go home with a thug, I’m looking bad and boujie/ He gon’ fuck around and lose me, now he singing like he Toosii 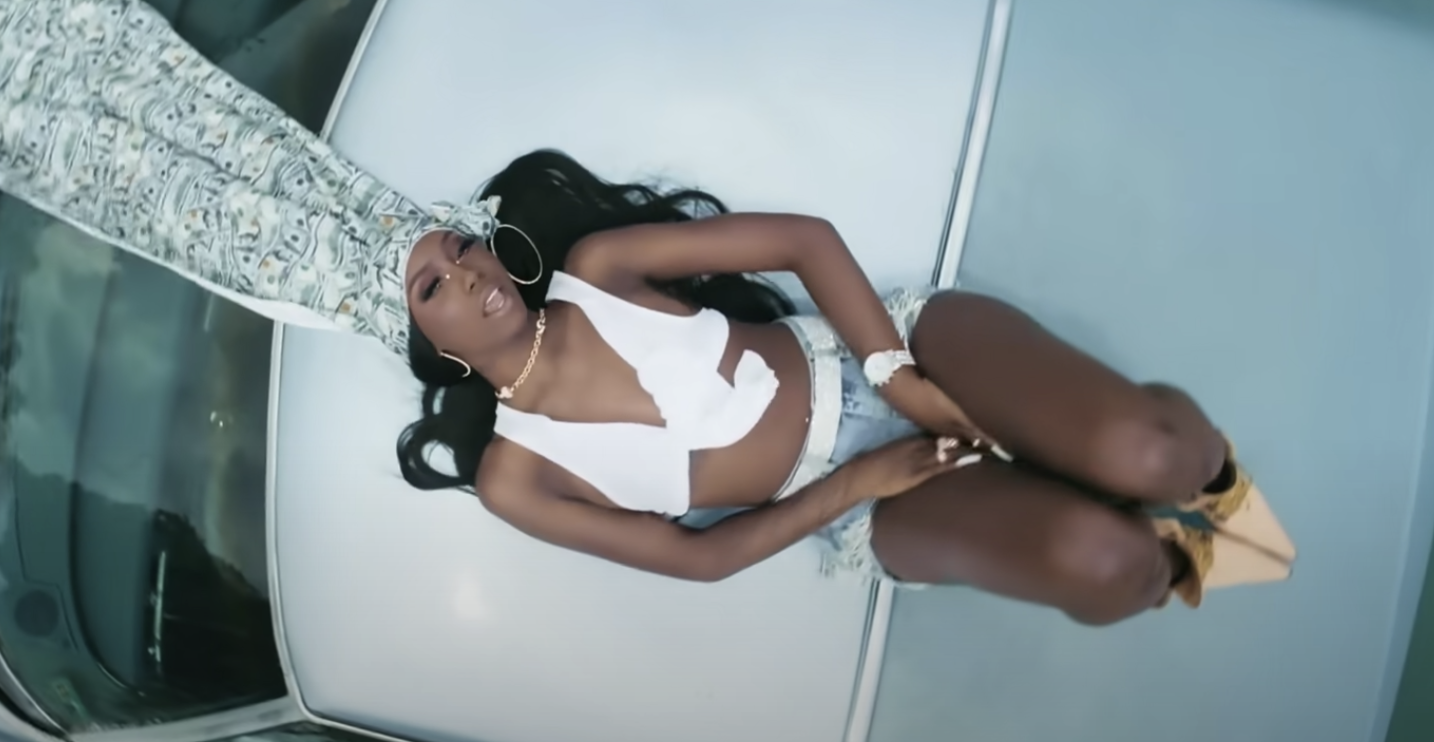 Kayle Nicole has dropped a few singles prior to this. In 2020, she recruited YK Osiris for “Think About Me” and even has a track with the legendary Missy Elliott titled “Move Like A Snake.” In terms of Taylor Girlz-related news, the duo dropped off a few singles in 2021, including “Run A Lap” and “Solve It.” Their last project was 2019’s No Cap, which included eight songs and two features from DaeDae and Paper Lovee.

Most recently, Flo Milli gave a notable assist to Yung Baby Tate in the vibrant and confident “I Am” visual. Flo Milli released her Ho, Why Is You Here? project in July last year, a 12-track body of work with no features to ensure her confidence shines. Flo has shared assists on numerous singles, including “Element (Remix)” by PJ, “Better Be” by Big Freedia, “HOT (Remix)” by Pia Mia featuring Sean Paul, “Mean” by $not, and her own singles like “Weak,” “Eat It Up,” and “Like That Bitch.”

Be sure to press play on Kayla Nicole’s “Bundles 2” featuring Flo Milli and Taylor Girlz.