The laid back clip is the latest from ‘Dum and Dummer 2.’

Young Dolph and Key Glock are keeping the visuals from Dum and Dummer 2 coming. Their latest clip is for “RAIN RAIN,” a BandPlay-produced cut that sees the Memphis duo brushing off haters with ease on wax:

“Cartier on my wrist, Cartiers on my face, I can smell you pussy niggas, I can see the fuckin’ hate, I be drivin’ foreign whips, I be drivin’ bitches crazy, I be gettin’ a lotta cheese and I get a lotta cake, ten toes down, still to this day, lil’ nigga right there don’t play, got a whole lotta shooters around my way, yeah, them niggas don’t play/” 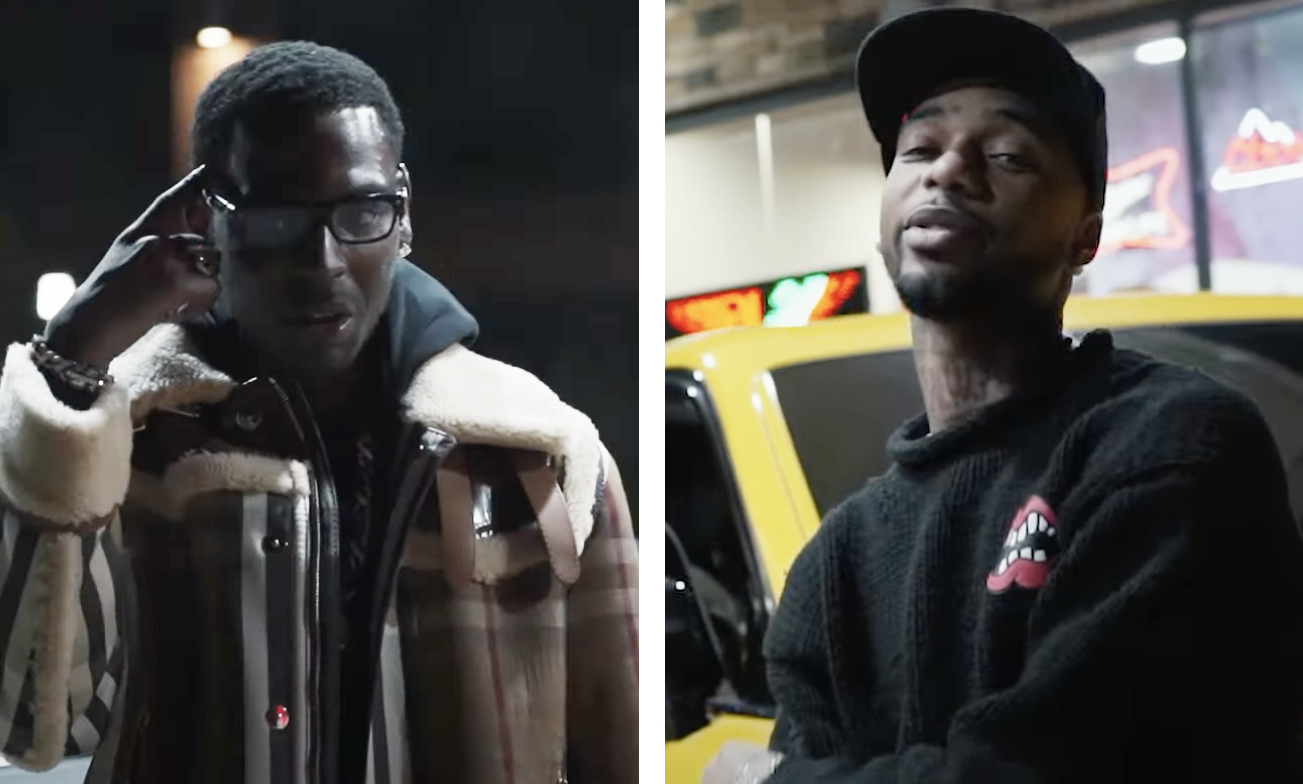 The accompanying clip keeps things pretty simple, beginning with a shot of Young Dolph reading a book in his living room as the rain pours outside. At some point, he makes his way through his personal palace to the bowling away, where Key Glock awaits with a couple of beautiful women and something to smoke. All in all, it’s a typical bad weather day made better with money and all that it brings.

Dum and Dummer 2 was released last month and boasts 20 cuts from Dolph and Glock, including the previously released standouts “Aspen,” “I’m The Type,” “Case Closed,” “Yeeh Yeeh,” “Sleep With The Roaches,” and “Dummest & The Dummest” — the last of which came with a humorous skit instead of the usual rap video. This week, it was revealed that Dum and Dummer 2 landed at the number eight spot on the Billboard 200 thanks to around 35,000 first week album equivalent units sold. That standing matches its predecessor, Dum and Dummer, which made landfall back in 2019.

Press play on Young Dolph and Key Glock’s “RAIN RAIN” video below. Hopefully, Dolph has experienced a change of heart since his post-release retirement announcement.