The track is said to be taken from Rosenberg’s forthcoming album ‘Real Late.’

Peter Rosenberg has been making big waves in the music (and sports) industry since the turn of the century, becoming one of terrestrial radio’s leading voices for hip hop. Now, the DMV-born and raised DJ and presenter is delving into making tunes of his own — it’s been announced that a new album titled Real Late will be making landfall sometime in the coming weeks.

Back in January, Rosenberg teamed up with Stove God Cooks and Flee Lord for the project’s first single “Marcus Smart,” named after the Boston Celtics basketball player of the same name. This past weekend, he followed that up with “Stain,” a BVLVM and JR Swiftz-produced offering that features Griselda head honcho Westside Gunn. As with the aforementioned cut, “Stain” keeps with the grimy, hard-hitting subject matter and ad-libs that the Buffalo star and his colleagues have become popular for: 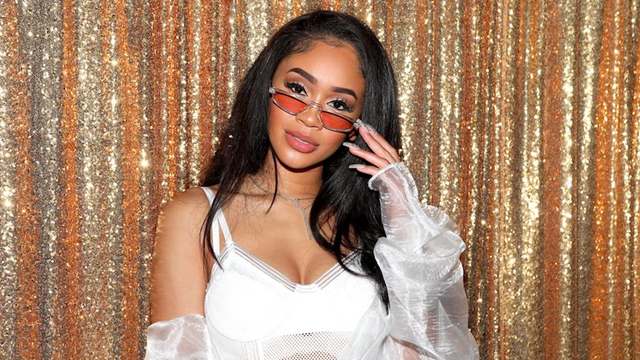 “Shot it 22 times, but I hit four niggas, figure fours, its Figaros on my neck, Figueroa, pitch the yola, pistol in his throat ... caught him, game over, six Ace bottles, walk with hangovers, almost crashed the Range Rover, hold up, hold up, hold up, boom, boom, boom.../”

Real Late will follow What’s Poppin’ Vol. 1 and New York Renaissance, two mixtapes that Rosenberg released in 2011 and 2013, respectively. In an interview with the University of Maryland’s independent student publication The Diamondback, the media talent spoke on that the forthcoming body of work means to him:

“The music is just a constant thing. I think that’s why I love it, because it makes me so happy and I get so much joy from it. This project, more than anything I do, just speaks to the core of who I am as a person.”

Fans can press play on Peter Rosenberg and Westside Gunn’s “Stain” — and if you missed it, “Marcus Smart” — below.