The original version of the track is taken from Thundercat’s April release ‘It Is What It Is.’

In the midst of all the music received during the Coronavirus pandemic, Thundercat’s It Is What It Is is presumably still keeping bodies moving while stuck at home — this is especially the case with the standout single “Dragonball Durag,” which sees production from Kamasi Washington, Dennis Hamm, Flying Lotus, and Thundercat himself. Now, fans can check out a remix of the track that adds Smino and Guapdad 400 to the groovy mating call:

“Baby, they love love love when you ass up, every time you see my head it’s wrapped up, caught you in your bonnet that why I give you backshots, just hope you backstab me if I should call for backup/ 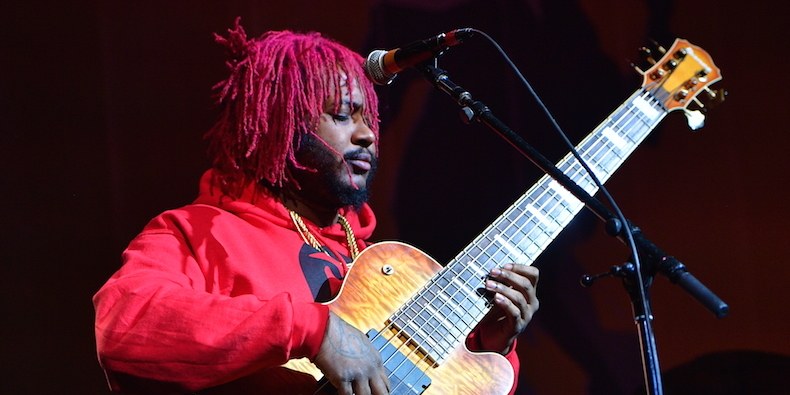 I need some head with that ass, it too fat, when I get tired from ahh, pick up the slack, I took a power nap after she threw it back for me, my durag fell off, I was asleep, she put it back for me.../”

It Is What It Is is Thundercat’s latest LP since 2017’s Drunk, and also features appearances from Childish Gambino, Steve Lacy, KNOWER’s Louis Cole, Steve Arrington, Zack Fox, and more. The project is also known for the Ty Dolla $ign and Lil B-assisted “Fair Chance,” which was released as a tribute to the artists’ fallen friend Mac Miller, who transitioned back in 2018. In a past interview with Pigeons & Planes, Thundercat revealed that the title spoke on Miller’s passing as a whole:

“I had a very hard time coping with Mac’s passing, and my conclusion with it was just that some things are bigger than your comprehension and not meant to be understood. It’s just meant to be what it is. That’s part of life, death and all those things that we’re going to experience at some point...”