Tinie connects with Sofia Reyes and Farina for “Whoppa”

It’s been three years since Tinie Tempah released his third studio LP Youth, a Silver-certified effort that saw the London hip hop veteran collaborating alongside MNEK, Wizkid, Tinashe, Stefflon Don, Jess Glynne, and more. This year, it looks like the man now known as simply Tinie is gearing up for the release of a new project, beginning with the recently released singles “Top Winners” with Not3s and the Tion Wayne-assisted “Moncler.” For his latest, he delivers the Latin-inspired track “Whoppa,” which features Mexican artist Sofia Reyes and Colombian singer Farina. The song is essentially the kind of summer vibe we’d all enjoy if it weren’t for the Coronavirus pandemic: 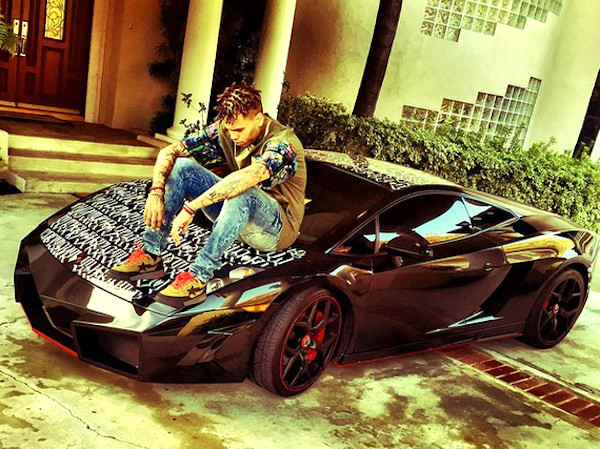 “Ah, swag on infinity, badder than nicotine, saw you in London at Liberty, I had a row with security/

I wanna know what you think of me, change your location to Italy, I want the love, not the sympathy, I’m on a wave, I could care less if your boy isn’t feelin’ me/

As long as you feel me, el beso de la rosa, order three or four mimosas, so you tongue kissin’ the promoter, all white Tesla Roadster/

Sex sells, pree my poster, you were nice to everybody else, girl, why you give me cold shoulder?/”

The Thom Bridges and Yellow Claw-produced effort comes with an accompanying visual that sees the collaborators living it up during a massive celebration complete with dancing, parades, and 3-D adult entertainment.

Speaking to Esquire Middle East, Tinie spoke on his longstanding career and whether or not he’s considered an “elder statesman” within his respective genres:

“I’m not sure I’m an elder statesman, but it is exciting to see how things have evolved. Today there are like, ten times more rappers than there were ten years ago—and that is a great thing because people are starting to believe that it is possible for them to make it to the top. To be honest, I’m not even sure that the new breed even identify with the word ‘Grime’ anymore. The term was coined by some journalist, anyway, but this new generation is doing what they want to do and calling it whatever they want to call it.”

You can press play on “Whoppa,” along with clips for the aforementioned cuts “Moncler” and “Top Winners,” below.