Fresh off the drop off his new Quarantine Pack project, Meek Mill linked up with Lil Durk to give the fans a visual that brings their collaboration track on the EP to life. The new “Pain Away” single arrived accompanied with a music video, and on the song, Meek rides the S1-produced beat as he simultaneously rides the ATV’s in the visual:

We was in the trenches, tryna get it out the mud. Lookin’ up to killers, tryna figure who I was. Sold the Richard Porter, I just want to feel the love. I feel like a Crip ‘cause I can’t even trust my blood. Loyalty, I say, “Spoil me.” You ain’t my dawg, you fallin’ out of about no lawyer fee. You had a brick and I ain’t even have a quarter key. You never seen my hand out, I knew it was more to meIt’s more than us to see our sons and all our daughters eat’. Cause I got cops tryna lock me, opps out tryna slaughter me. 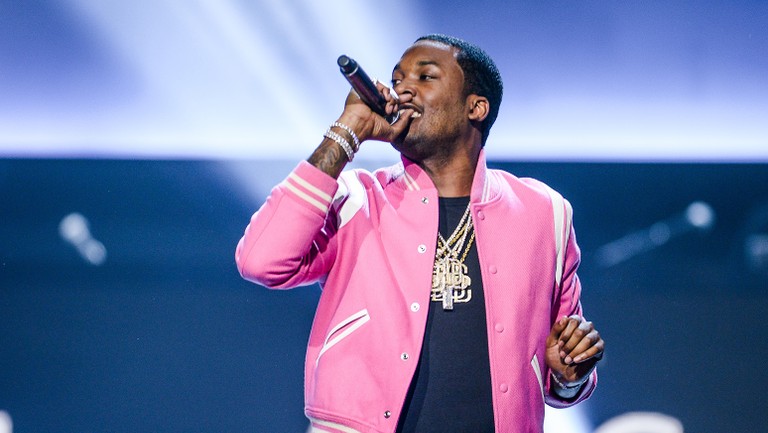 Meek Mill’s fourth studio LP, the 2018 release Championships was his last full length project, which saw 19 tracks and appearances from Fabolous, Cardi B, Rick Ross, JAY-Z, Future, Young Thug, Drake, Kodak Black, Ella Mai, 21 Savage, and more. That project earned Meek both a Platinum plaque and his second number one album on the Billboard 200, earning 229,000 album equivalent units during its first week of release. Back in September of this year, he dropped off his “Type Beat” freestyle to hold fans over until new music arrived. He can also be heard dishing out features on projects like Future’s High Off Life, Cordae’s The Lost Boy, and Roddy Ricch’s Please Excuse Me For Being Antisocial.

Lil Durk rewarded his fans for their patience by releasing Just Cause Y’all Waited 2 this year, and then swung back around a month later for the deluxe version of the project. The project included features from Gunna, Lil Baby, Polo G, and G Herbo. He also hopped on Ne-Yo’s “U 2 Luv (Remix)” alongside Queen Naija,

Check out Meek Mill’s new visual for “Pain Away” featuring Lil Durk down below.