Billy Danze and Lil Fame reunite as M.O.P. on “That Time”

The track will appear on Danze’s forthcoming album ‘We Busy.’

Currently, Billy Danze is putting the final touches on his forthcoming project, said to be titled We Busy. This week, he holds the fans over with a new single titled “That Time,” which sees him reconnecting with his Mash Out Posse partner in rhyme Lil Fame. Produced by TooBusy, the duo trade hard-hitting bars that sound like it’s the 90’s all over again:

“We do it for the streets, deuce and a quarter Buick wit’ velour seats, ain’t no security breach, keep thinking I’m sleep, concrete, lord Billy’s in arms reach, and I hand it to n***as, understand I master division, I split you up with precision, what/

The Produce Section | 11 of DR Period’s most iconic beats 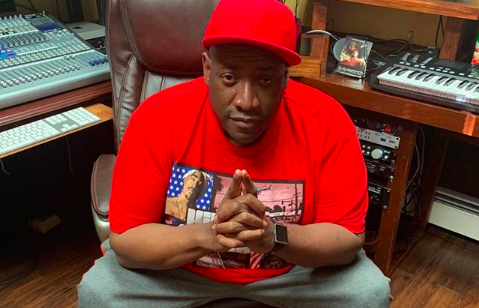 Prior to “That Time,” Billy Danze and Lil Fame have been collaborating both together and individually fairly consistently over the past couple of years with the likes of Benny The Butcher, DJ Tomekk, Sticky Fingaz, Fredro Starr, Vado, Sean Price, Termanology, Styles P and Gang Starr. Billy Danze also released his 6 Pack EP in 2019.

In a past interview with Red Bull, M.O.P. spoke on being one of the few groups to collaborate with so many of their legendary hip hop peers, including JAY-Z, Kool G Rap, DJ Premier, Busta Rhymes, Remy Ma, and more:

“Most of the features happened because we’d be in the studio cutting a song, and other artists would be next door, hear what we were working on and come in, like, ‘Yo, what’s up, let me jump on that with you’. We never really went after anybody to get on a record. I think OC was the only one.”

Fans can press play on Billy Danze and Lil Fame’s “That Time” below. We Busy drops this Friday (October 16).