“There was just a need and a responsibility, especially because so many white kids look up to me...” Jack Harlow said on “Big Facts.”

Drama has been in the music scene for nearly two decades. To kick things off, he explained how he went from being affiliated with artists to signing them under his Generation Now label — an imprint of Atlantic Records.

“I kind of feel like a lot of it happened organically and naturally in a sense like, maybe in the last ten years, per se, I watched as the mixtape game was declining in a sense,” the music executive explained. “There was a time when I was doing three, four tapes a month, per se, or whatever have you and I was seeing... as time was going on, I was doing less and less projects and around like 2013, 2014 I got the gig at Atlantic [Records] to be an A&R gig consultant, however, and at the same time I was building Mean Street Studios.” 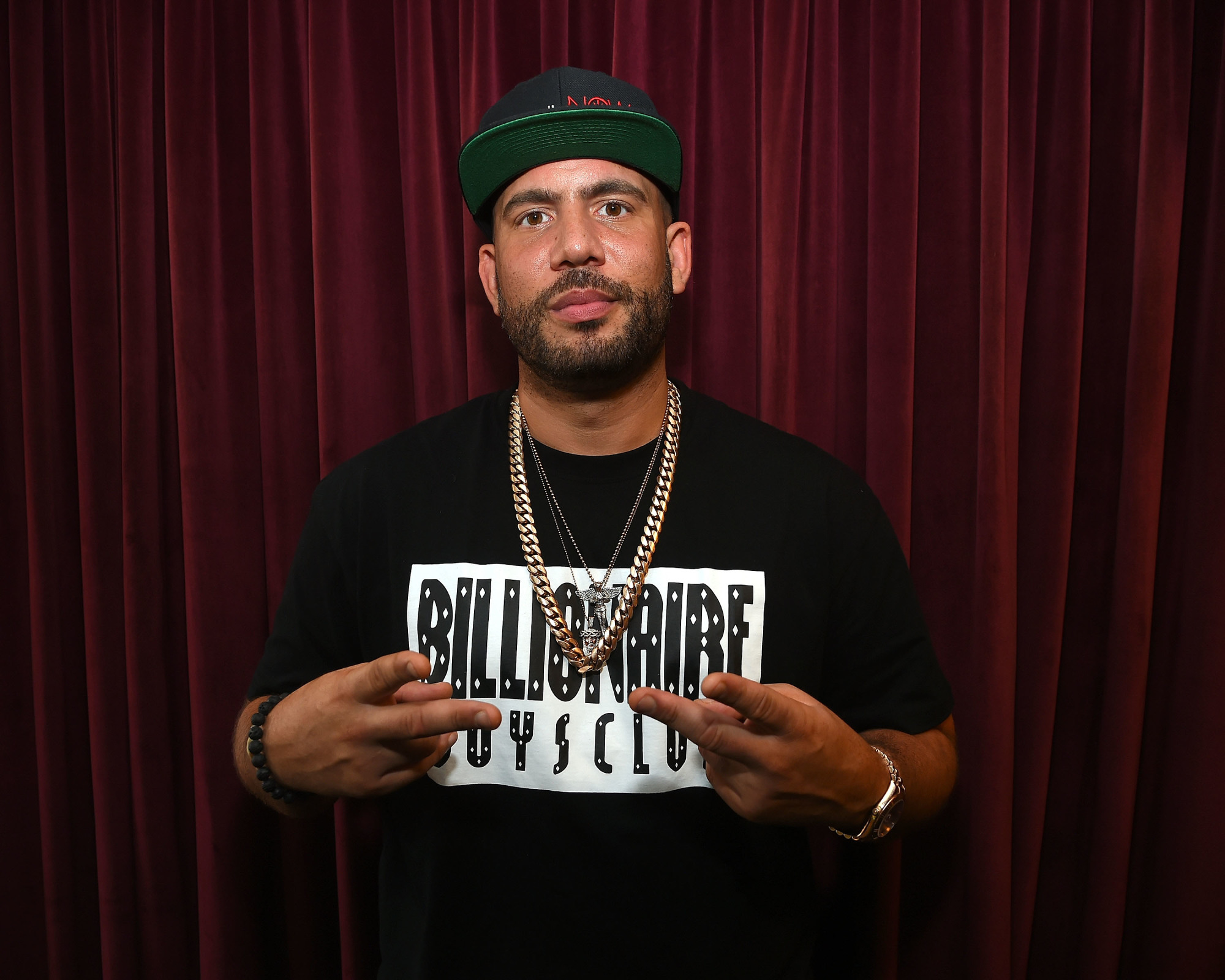 Drama admitted that his change in direction was, in part, due to his lack of success at work. “When I first got into the building... I was trying to kind of find my way, and it started off with them trying to, you know, put me in positions to work with artists that were already signed, that kind of needed help,” he told Scream. “It wasn’t necessarily fitting. I was still trying to figure it out. They kind of already had their way and their vision. When we first brought Uzi to the table to Atlantic, they wanted to do it because of their trust and faith in us.”

Still, his time at the label wasn’t panning out the way he expected. After talking to some big wigs, the company negotiated a deal where Drama would run MS studios and work with Lil Uzi Vert under minimal guidance from the label.

Harkening on the theme of relationships with record companies and CEOs, over the past few years, Uzi has hinted at having issues with his label and has even expressed frustration over his contract. Drama explained some of the factors that may cause business relationships to dismantle.

“We’ve seen so many artists, all of us in the room, come from barely having any money in their pocket to being a multi-millionaire. At a certain place, the CEO or the label is here, and the artist is here, and the artist gets more notoriety and fame. They’re the shining light and garnishing all the attention. And you know, most of the time after artists get to a certain degree, it’s pretty much autopilot after that,” Drama explained. 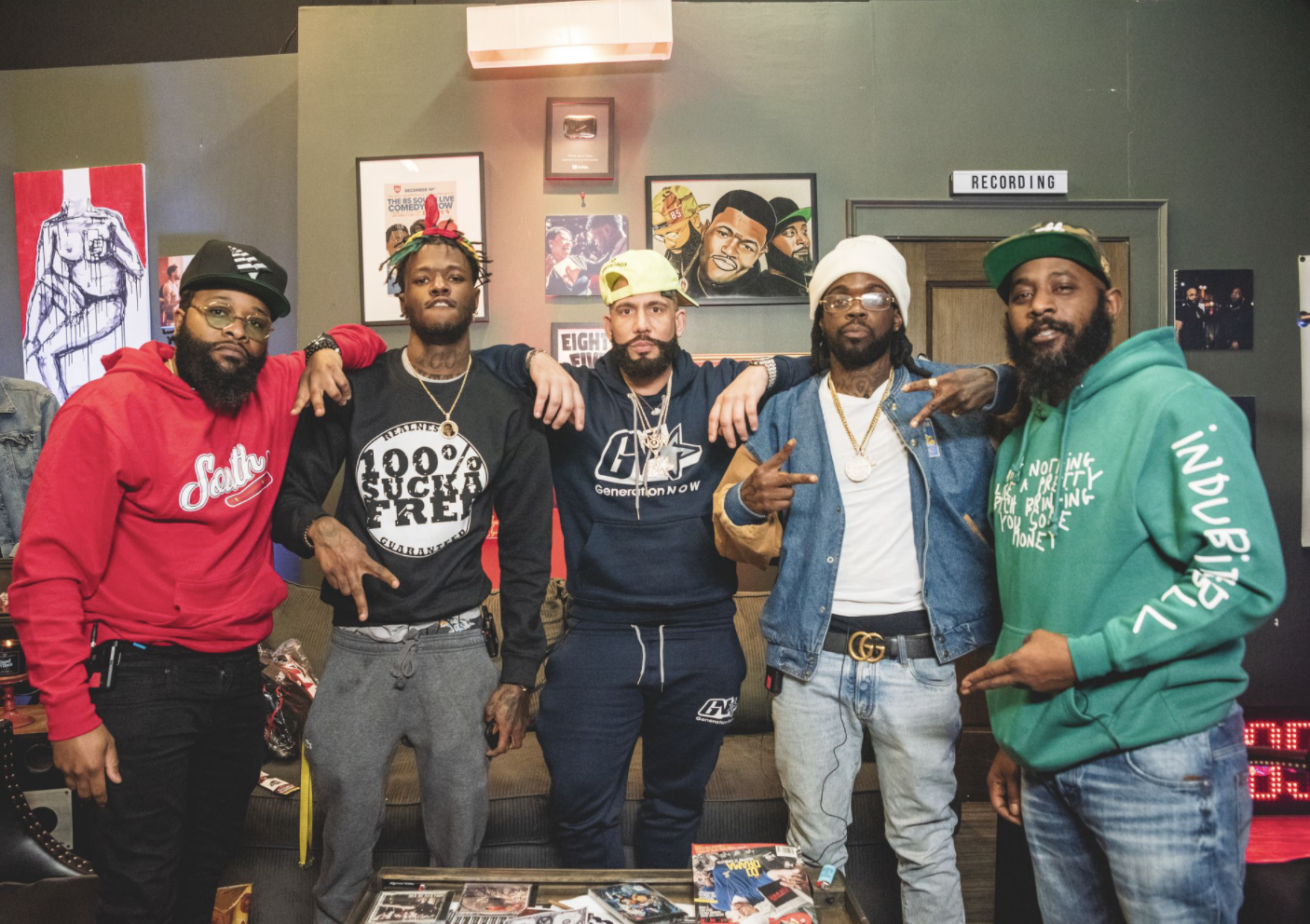 He continued, “And I think when it comes to artists and managers or labels or just people that have came up in those situations… sometimes it’s behind the scenes, sometimes it’s in front of the world.”

When explicitly asked about Uzi’s feud with Generation Now, Drama reiterated his previous statements that the rapper has a way of creating his own narrative, one of which that the label refused to release his album. The DJ seemingly denied those claims, noting that some questions may be more suitable for the artist rather than him or the label.

Having gained success and contributed to other artists’ achievements, Bank questioned Drama about his legacy, to which he expressed, “I’m one of the greatest DJs of all time.” He added, “When it comes to the Mount Rushmore of DJs, I’m up there for sure.”

Halfway through the show, Harlow joined the conversation. DJ Scream got right into the clip of Jack’s basketball skills at a recent “The Crew League” tournament that’s been making its way around the internet. The “WHATS POPPIN” emcee has been proving on the court that perhaps white men can jump.

Moving right along, Jack opened up about his experience working with Drama and being signed to his label, saying, “The stories he tells me, the game he gives me, it’s invaluable. I love being signed to him.” The 22-year-old expressed his appreciation for the amount of creative control that Drama has allotted him, noting that not many artists get that type of freedom at their labels.

On a more serious note, Scream questioned Jack a little bit about his views on the Black Live Matter movement and the social injustice crisis in America, especially being from the same state where Breonna Taylor was killed while she slept in her bed.

“A lot of the conversation have more to do with me listening rather than talking, but in terms of how I feel when I see that, I mean, every time one of those videos hits the internet, it’s disgusting. It brings anger and fury out of me,” the rapper explained. “And especially because my hometown was kind of the center of all the issues last year. I felt a real responsibility to be back there and show face especially being a part of Black culture. There was just a need and a responsibility, especially because so many white kids look up to me and so many white kids see themselves in me that I think leading by example and showing yourself as an ally and picking a side of the fence.”

If you liked what your heard, stay tuned every week for another episode of “Big Facts.” And as always, don’t forget to watch the latest show above!