Can we really hold Former President Donald Trump accountable for the Capitol riots? 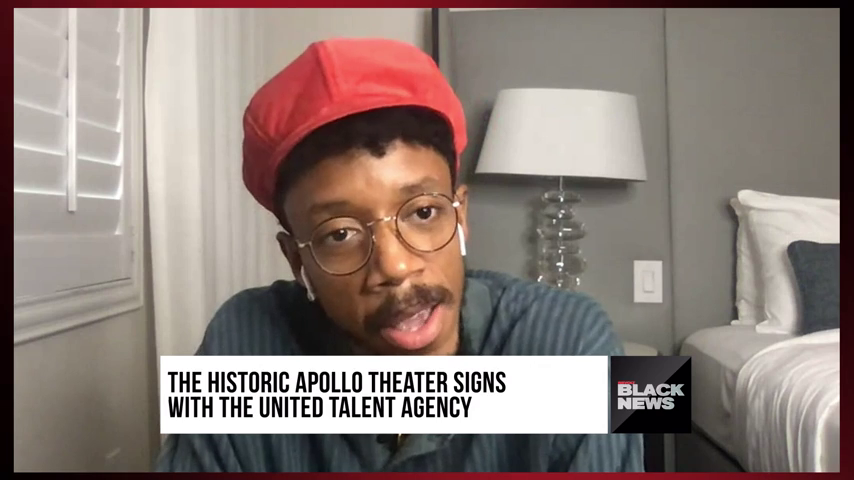 “Just because there’s a bunch of white people in leadership positions, that does not acquaint actual white leadership,” Williams said during her opening remarks. “We know authority, that’s one thing. True power is a different beast.”

After Williams discouraged REVOLT viewers from being complacent with the current amount of Black people in powerful positions, she opened up a conversation with Prudhome and Moodie to discuss the breakdown of the first week of Trump’s second impeachment trial. “No, I don’t think he did that, but I do think that some of the things he said inspired some of the crazy folks to do what they did,” Prudhome said when asked by Williams if Trump should be held accountable for the U.S. Capitol riots by sending subliminal messages to his supporters.

In response to Prudhome’s answer defending the former president’s role in the Capitol riots, Moodie thought otherwise and believed that it was a culmination of the last four years under his leadership. “You want to dismiss these people as crazy and they’re not crazy. They are white supremacists and domestic terrorists, but they’re not crazy because crazy allows them to be absolved of responsibility,” she said passionately. “We can put that on some type of mental health issue and that’s not what this is. They were incited because they believe that their whiteness is their currency [and] this president told them that they were going to get their country back.”

Webb was joined by Richardson to talk about the importance of Black mental health and wellness during the pandemic. Richardson, who is the founder of Vent Therapy, shared her expertise as she broke down the difference between implicit and explicit racism, and how we can begin to implement change in these areas. “The first thing we have to do as a community is find the words for what we’re feeling, experiencing and going through and have those conversations with our friends and family. Once we can bring awareness to our shared experience, trauma, anger or frustrations then we can mobilize together,” she said to Webb.

The two women continued to discuss the emotional impact of the Black Lives Matter movement, the truth about trauma and the healing process, and how vent therapy is creating a safe space for the people of the African diaspora. Following their conversation, Williams welcomed Darrell Britt-Gibson to discuss Black excellence in entertainment. The two started the conversation with Michael B. Jordan’s production company expanded its partnership with Amazon Studios, and Melina Matsoukas partnering with Howard University and Instagram’s “Share Black Stories” initiative for a mentorship program called “Future First.”

“I’m from the D.C. area so I know how much that’s gonna mean to that city and to that community,” Britt-Gibson said. Other entertainment news included the announcement of Lee Daniels’ “The Spook Who Sat By The Door” pilot being picked up by FX, the Apollo Theater signing with the United Talent Agency, and the premiere of Judas and the Black Messiah. Britt-Gibson, who is also featured in the film, told Williams about his role as Bobby Rush.

“It’s such a necessary story that needs to be told and I do hope that this is the beginning of people’s education process to the Black Panther Party because if we leave it up to the education system, we wouldn’t know anything about the Panthers,” he said to Williams. He continued to describe co-stars Daniel Kaluuya and LaKeith Stanfield as “incredible artists” and “supernovas,” who he learned a lot from during his time on set.

Ike returns for a conversation with Ware about life beyond sports and transferable skills into entrepreneurship. Ware revealed that he caught the entrepreneurship bug during his time on the field with complete confidence of his skills. He is the founder of the Driven To Win app, which was inspired by wanting to give back to his fans to provide high tech fitness tools to the everyday person in need.

“Sometimes because of your color, you don’t get the opportunities that are given to everybody else, so you gotta work a little bit harder. If my resume is just as good as this other person’s resume, I need to get the job,” he said about creating a space in the tech industry, which is known for its lack of diversity specifically when it comes to Black representation.

“Sometimes they don’t wanna do business with you because of your color whether it’s a brick and mortar that you’re trying to build or a software. It’s harder to have a breakthrough, but once you have the breakthrough, you’ll have a better outcome because you worked a little bit harder for it.”

Former NBA all-star and successful entrepreneur Davis continued the conversation by speaking with Ike about early investment opportunities with Vitamin Water, and the importance of exploring film and television opportunities. “I started investing in myself as a creator and really paying the dues,” he said about diving deeper into his interest for production and acting by taking classes and studying the craft to become the filmmaker that he’s setting out to be. “Had I not decided early in my career that that’s what I wanted to do, I think I would’ve been behind the 8-ball by now,” he said.

Williams closed the episode by encouraging viewers to visit rapper and activist Common’s website for Common Ground Foundation. “Let’s be all about the leaders of tomorrow, but let’s get started today,” she said.

T.I. visits “Assets Over Liabilities” hosts Rashad Bilal and Troy Millings for a conversation on ...
By REVOLT
/  12.23.2021
REVOLT Summit