In this installment of “Studio Sessions,” the Puerto Rican artist discusses Fred The Godson’s humor in the studio, working with Shaggy, how she got hired by Kevin Gates, and more. Read here!

To make it as an artist in the tri-state, you have to take every opportunity that presents itself. Singer-songwriter BRBN was able to collaborate with Kevin Gates by playing her music for him in first class on a plane and even got a front-row seat at how integral his wife, Dreka, is to his recording process.

“There would be times where he called Dreka into the booth to hold him while he was recording, which I thought was really amazing how much that woman is genuinely his rock and how much he really, really adores her and loves her,” BRBN told REVOLT.

In this installment of “Studio Sessions,” the Puerto Rican artist discusses Fred The Godson’s humor in the studio, working with Shaggy, and more. Read below! 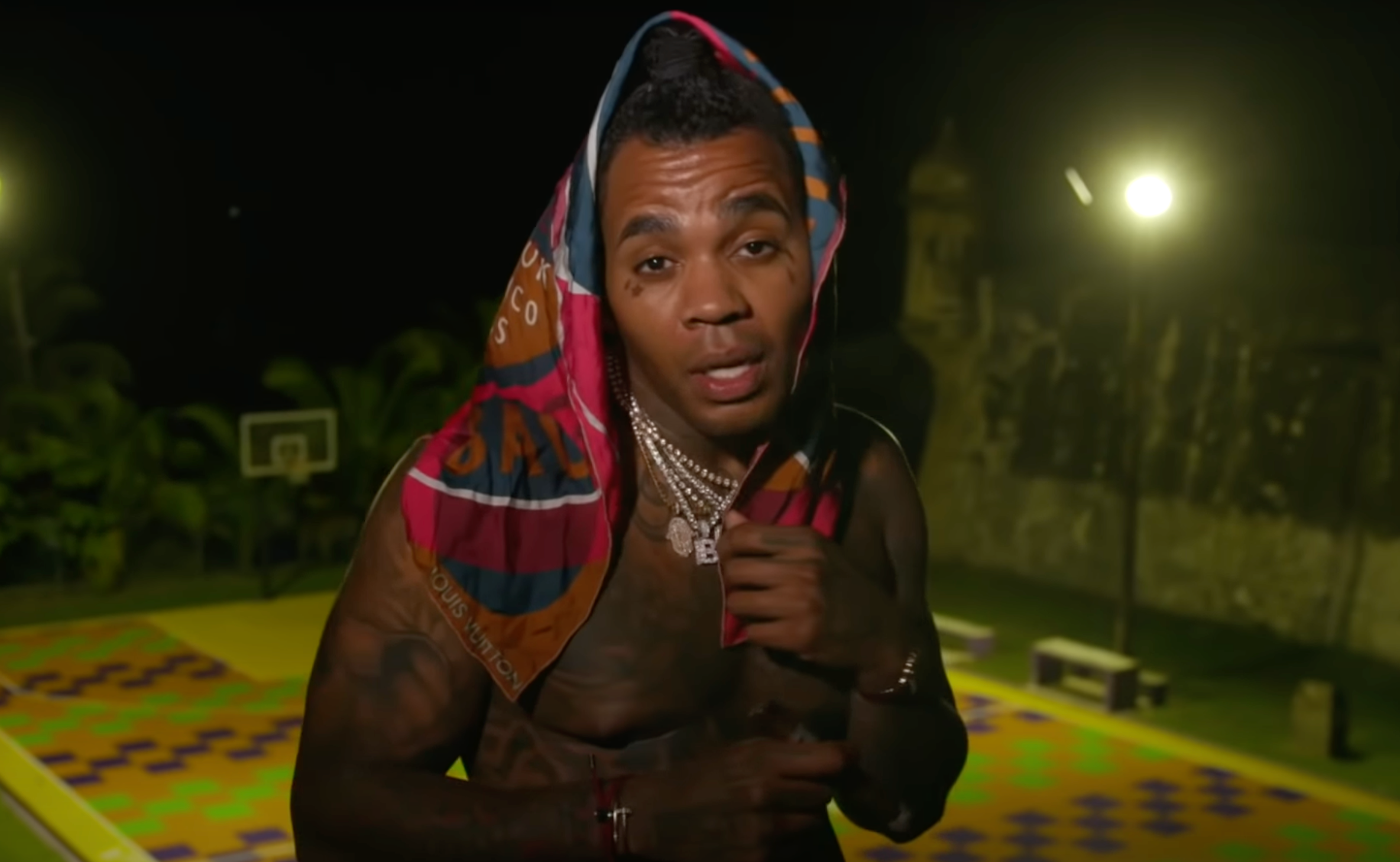 Who was the first major artist you worked with?

The first time I worked with a signed artist was with Kat Dahlia. I was actually there through the entire process of her being a waitress at a restaurant where I was a bartender at. We sort of entered the music industry together because I accidentally A&R’ed her project with the production company that got her signed to Sony. I had always wanted to get in the music business on a creative side, so as soon as I made that introduction, I was able to really join her team as a writer and be able to learn what the industry was about. We connected in 2013.

What did you notice about her creative process?

She was really special. She was ahead of her time. She was a freestyler for the most part, as far as melodies were concerned. We learned later on that you can freestyle in the booth, but we would waste mad hours at Quad Studios just talking shit and writing. Then, she would go in and cut the song.

Which of her songs did you have the most influence on?

“Lava.” That’s the song I got credit for. I was always very raw sexually with my music and lyrics. Even though Kat changed all of the lyrics to that song later on, I definitely feel I’ve always been progressive in terms of being lyrically liberated. I definitely think my raunchy attitude affected that switch. Maybe it didn’t, but I think that’s why that song ended up being that nasty.

You also connected with Kevin Gates. How’d that link-up happen?

You will literally lose it when you find out how this happened. For a long time, I was working first class as a flight attendant, part-time, because I didn’t want to owe any publishers money for travel and I started being a flight attendant when I was super young. So, I thought, “I’m going to travel to all my sessions and save this money.” Then, I started to meet musicians in first class. If the vibe was right, I’d play them my stuff. I met a couple of dope people that way whom I ended up doing business with. This one day, Kevin Gates was in first class with Dreka. I asked him if I could play him a song and I played him a song. After I played him a song, he was like, “Do you have another song?” I was like, “Yeah, I have another song.” I played him another one and he was like, “OK, I want to work with you.” They really hyped me. That session actually happened on my birthday in 2019. He put a verse on one of my songs because, unbeknownst to me, Kevin Gates is half Puerto Rican. I had a single out at the time called “Yo Soy,” a tribute to being Puerto Rican, and he did a verse to that. At the time, we were talking about me going on tour with him and maybe signing with him. Then, my lawyer sort of cock-blocked the situation. 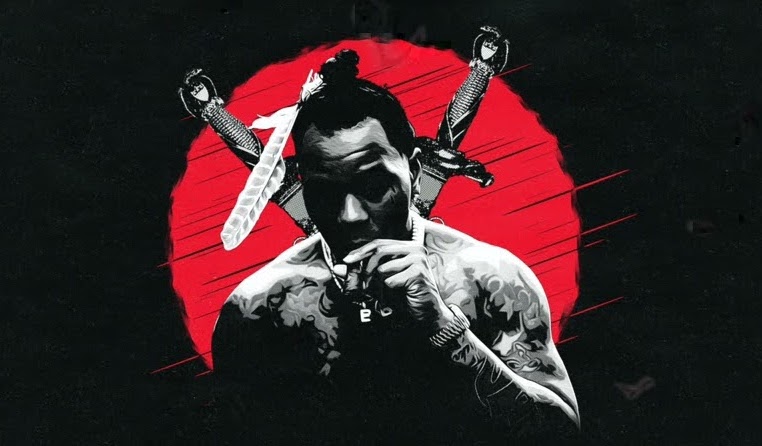 What did you notice about how Kevin makes music?

For that verse, he freestyled the whole thing. He didn’t write it or anything. He just worked it out in the studio. There would be times where he called Dreka into the booth to hold him while he was recording, which I thought was really amazing how much that woman is genuinely his rock and how much he really, really adores her and loves her. And how instrumental she is to his career. That’s something I admire so much. She really holds him while he’s recording.

Studio sessions usually inspire deep conversations. Any convos you remember having with Dreka and Kevin?

You’ve also worked with Bodega Bamz, who’s worked with A$AP Ferg, French Montana, and other New York heavyweights. How did you two connect?

Shout out to Bamz. I love Bamz. To be honest, I’m about to put him on blast (laughs). A long time ago, he slid in my DMs on Twitter like, “Yo, ma. You’re beautiful.” I don’t think I responded, but I always knew who he was because of that. One day, I slid in his DMs after I had a sick video coming out, and I was like, “We should do a song together.” I sent him a link to my video and he was so receptive to it. He was like, “Yo, ma. You’re next. Let’s go.” We corresponded and he came to my home studio in Jersey. We went through some beats and I played this for him called “Que No,” which was a different sound compared to anything he’s ever done. He was like, “Yo, this is fire.” He ended up hopping on that song. Since that song was more in my lane, he was open to my suggestions and input. I was shocked because he was a lot more poppin’ than I was. Lyrics are really important to him more than anything. He wanted to make sure the lyrics were in line with his brand. His brand is so important to him. I think he’s incredible. I’m thankful for him believing in me as an artist.

Who was an artist you connected with through certain producers?

I was doing a lot of writing for placements with Ill Wayno, an incredible producer who’s worked with Nas, Shaggy, and everybody. I was at the Diamond District Studios a lot and Fred the Godson practically lived there, so he would always pull up to see Rsonist, who did all of Dipset’s stuff. Fred was a funny person. I saw him kicking it with the boys. He was a clown. He was a ballbuster. He would always talk shit (laughs). 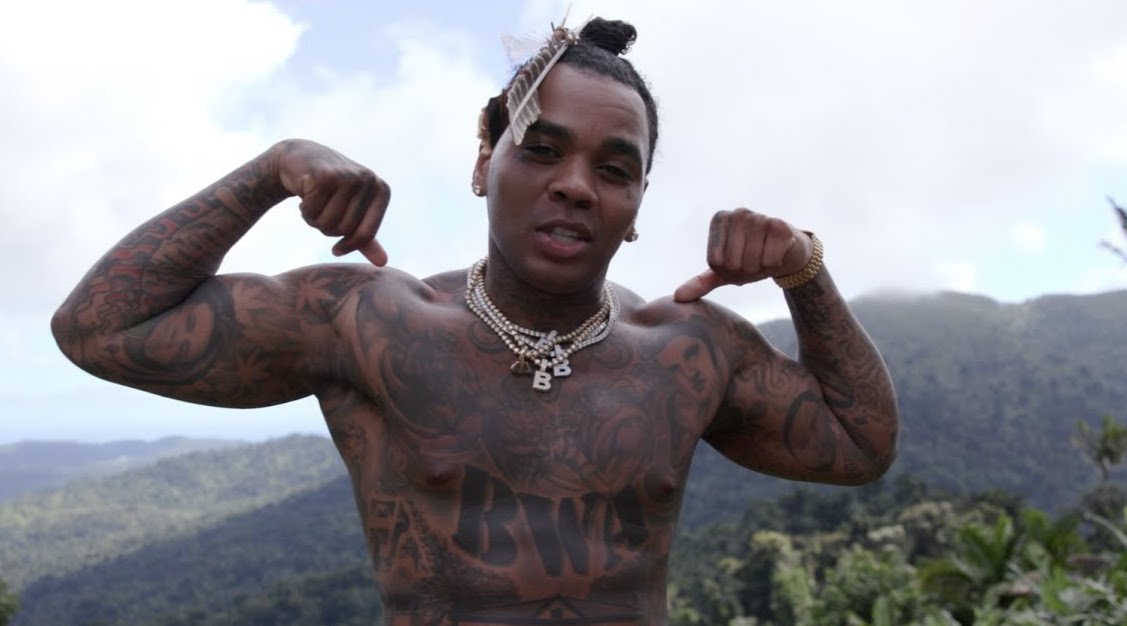 What went into you working with Shaggy?

Wow. Shaggy is the man. I love Shaggy so much. I was talking to Ill Wayno about how I needed placements. Ill Wayno invited me to come from California to stay at The Ranch for a few days. The Ranch was Shaggy’s studio in New York. Ill Wayno got so busy I was only able to do one song and the reason I was able to do that song was because Shaggy was like, “Are you going to work with this girl or keep her waiting?!” He stood up for me (laughs). I wanted to work directly with Shaggy, but the music I was making at the time was much more emo, dark, and pop than Shaggy’s vibe. I remember Shaggy asking me, “What are you doing with your music?” I was like, “I don’t know.” He was like, “It’s kind of dark and depressing.” I was just like, “Oh?” And he was like, “Yeah, but I’ll still help you because some people like that shit (laughs).” Over time, I got more in touch with my Latin roots and my sound changed. Shaggy and I stayed in touch. I played him my new shit like “Yo Soy.” Shaggy was like, “Hey, BRBN, why you never asked me to do a record with you?” I was like, “Because you told me my music sucked (laughs).” He was like, “You’re different now. Let’s do something. When you have the record, let me know.” I was wondering how I was going to bridge the gap between me and Shaggy in a really cool way on a song. Then, I decided I’m going to make Shaggy my sugar daddy on the song. I sent him the song, he loved it, laid his verse down. The single hasn’t come out yet, but it’s going to come out. I’m working out who’s going to pay to put this record out.

How does Shaggy make music?

At this point, Shaggy is so successful, he has a team of people. He is super family-oriented. He likes to keep a close-knit of people he works with and trusts. He loves giving opportunities to up-and-coming writers and artists. He’s got a great ear and is very particular. He vocal produced me and he whipped me. Shaggy likes people to do their own thing and believes in artistic creativity, but if something is wack or corny, he’s not having it. I first connected with Shaggy in 2020.

What is the most emotional session you had?

I was called to do a session with IV Jay. She’s signed to Atlantic and is an incredible artist. She’s so cute. She was so open to doing a song about women’s oppression and how we’re dehumanized. Even though it was empowering, it was really really emotional to have those tough conversations.

One of my favorite songs from you is “Push You Away.” How did that come about?

Sometimes I’ll be talking about a relationship or what I’m going through with a specific person, I’ll write the song, and two situationships pass and I’m like, “Wow, this is literally how I am.” I learn about myself through my music. “Push You Away” happened because I was dealing with someone at the time and I was hurting them. I couldn’t help it. They wanted to love me and love on me so much, but I wasn’t ready or healed. I don’t know if they were manipulating me or telling me the truth, but they told me, “Whenever someone gets close to you, you push them away. Why won’t you let me in?” I was just venting on my song about that. Then, I realized I kinda have a problem with being an avoidant personality type when people get too emotionally close to me. 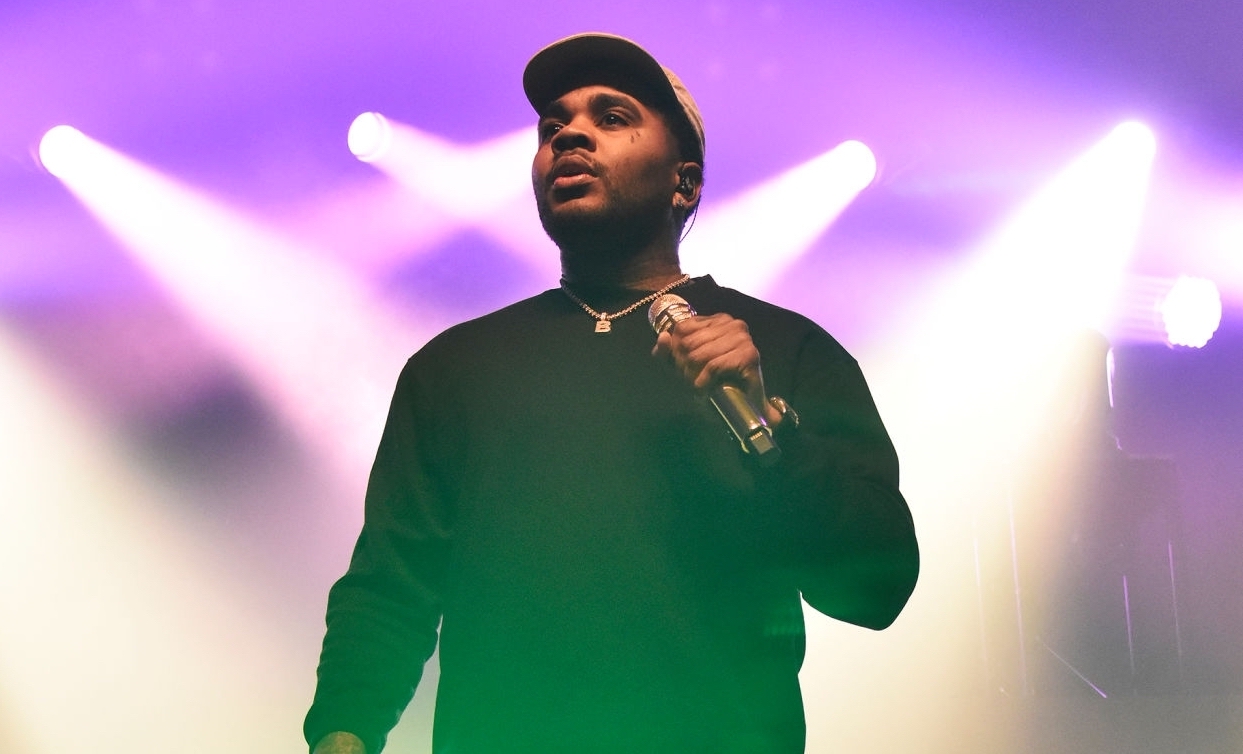 I have a single coming out. This is the first single of my new rebrand of songs that Shaggy said are not depressing. I did my first single with Xstassy from ANX. He’s a legendary producer in the Latin world, and my boy Joell who is from the group Ventiquattro Horas, who had a huge Bachata hit back in the day in New York. I got to work with two people who are fucking amazing at what they do. It’s completely in Spanish and it’s called “Puti Loka,” which means “crazy little hoe (laughs).” I’m really excited to put it out.