What was your favorite moment of Ja Rule and Fat Joe’s Verzuz?

The price just went up! The price just went up! Whether you rep the BX or Queens — or neither — tonight was one to remember as Fat Joe went head to head with Ja Rule to play their best hits on Verzuz. Continuing Swizz Beatz’s birthday celebration, the live broadcast went down in front of an in-person audience at Madison Square Garden and boasted sponsorship from Ciroc, Triller and Comedy Central’s new late night talk show “The God’s Honest Truth” hosted by The Breakfast Club’s Charlamagne Tha God.

The evening kicked off in party mode, perfect for your drink and your two step. Dance hits from the ‘80s including “Candy Girl” by New Edition, “You Called me and Told Me” by Jeff Redd, “Don’t be Cruel” by Bobby Brown, and “Remember the Time” by Michael Jackson set the tone for the crowd.

Technician the DJ changed the vibe by kicking off his set with jams from Biggie Smalls, JAY-Z, Styles P, Fabolous, Nas, Wu-Tang and more New York legends. He event played some 50 Cent tracks. Was that the first shot at Ja Rule? He also took a moment to show love to the late Prodigy when he asked fans to put their hands up in his honor. 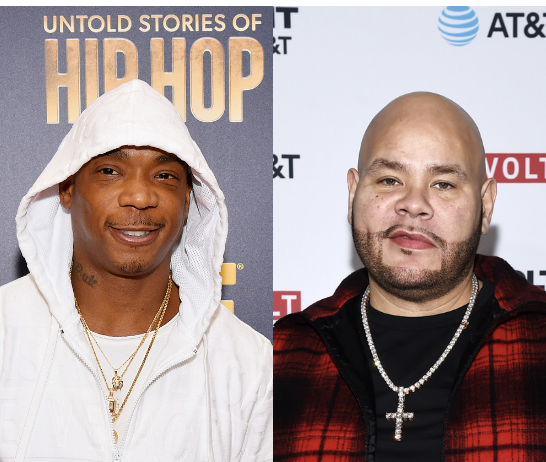 1. Whose Debut Was Better?

In a blast from the past, both artists took fans back to their breakout hits. Fat Joe dusted off “Flow Joe” from his 1993 debut, and Ja Rule reached back for his 2000 Grammy-nominated “It’s Murda” featuring DMX and JAY-Z. After he played “Can I Get a What What,” Joe called him out for all the features with Hov.

2. Remy Ma Is The Friend We All Need

The evening’s first special guest was the first lady of Terror Squad: Remy Ma. She took the stage to perform her verse on “Ante Up (Remix)” while commanding all the attention in her yellow leopard print cropped bubble jacket and matching hot pants. It was the bob, the makeup and, of course, the flow for us! While Ja Rule was rapping along, Remy took a shot at him right in his face. Only a Bronx woman would be so bold.

3. The Devil Was In The Details Comments

Murder Inc. founder Irv Gotti took to the Instagram comments to address the fans — and haters — who kept bringing up 50 Cent. He blurted out that Fif “got beat up...and sued us” in the comments. It was quite the mouthful.

After Joey Crack ran off his list of how he set the table for his crew to eat, he played Big Pun’s “Still Not a Player” for a BX / Puerto Rico tribute. Then, he had Tech cut the music and the crowd continued to belt out “Boriqua, Morena” as Joey moved the mic like a conductor. 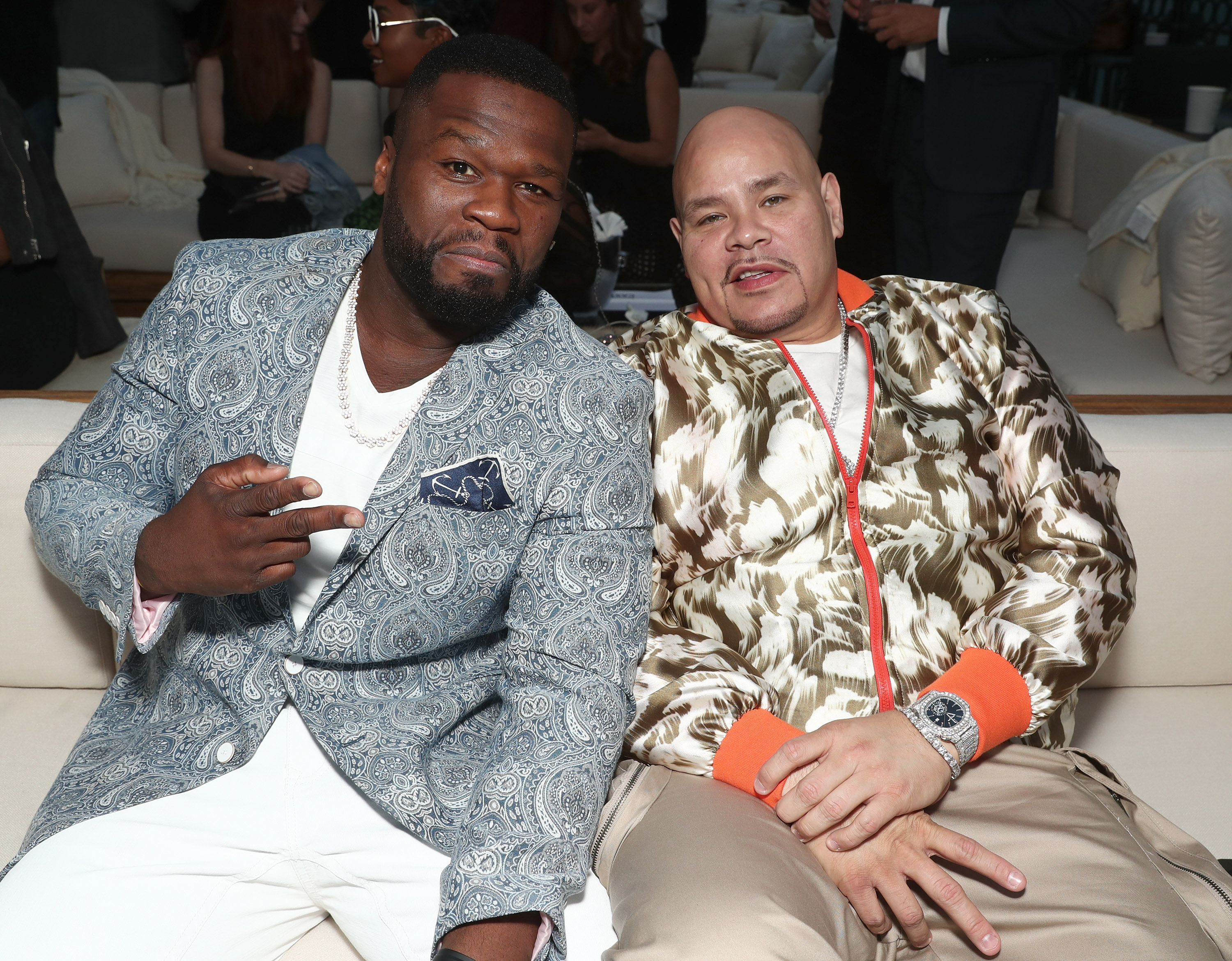 “You getting bodied by a singing nigga!” Ja rule exclaimed before pulling the rug from under Fat Joe. As his DJ began to play “Put It On Me,” featured artists Lil’ Mo and Vita joined the stage for in-person features for the first time in almost two decades for a timeless Murder Inc. reunion.

Yesterday’s price may not be today’s price, but yesterday’s hits are CLASSICS. The trash talking got intense just before intermission as Ja Rule pulled ahead in the battle. Fat Joe tried to play Ja by saying, “Yesterday’s hits are not today’s hits.” So, with some backup from the crowd, the Queens rapper pulled a call and response moment saying, “When I say hits, you say classics!” Epic clapback for sure.

Tensions got high when Ja played “Rainy Dayz” by Mary J. Blige. Joe talked through the track, but as a counter, when Joey pulled out “Another Round,” Ja assumed his role as the first “singing rapper” and accompanied his opponent with the vocals. Not to be outdone, Joe showed off his vocals at the end, too. Great teamwork, guys!

8. Nelly Got Things Hot In Thurrr

Joe had to call in some reinforcements, so he summoned Nelly to the stage to perform his feature on “Get It Poppin’” from his 2005 album, All Or Nothing. The jam was produced by Scott Storch, who was in the Instagram comments reminding fans that he’s the GOAT. While Nelly Mo was there he couldn’t leave the stage without performing solo. “Hot In Herre” rang off as the crowd went crazy. Was it cheating? Who cares! 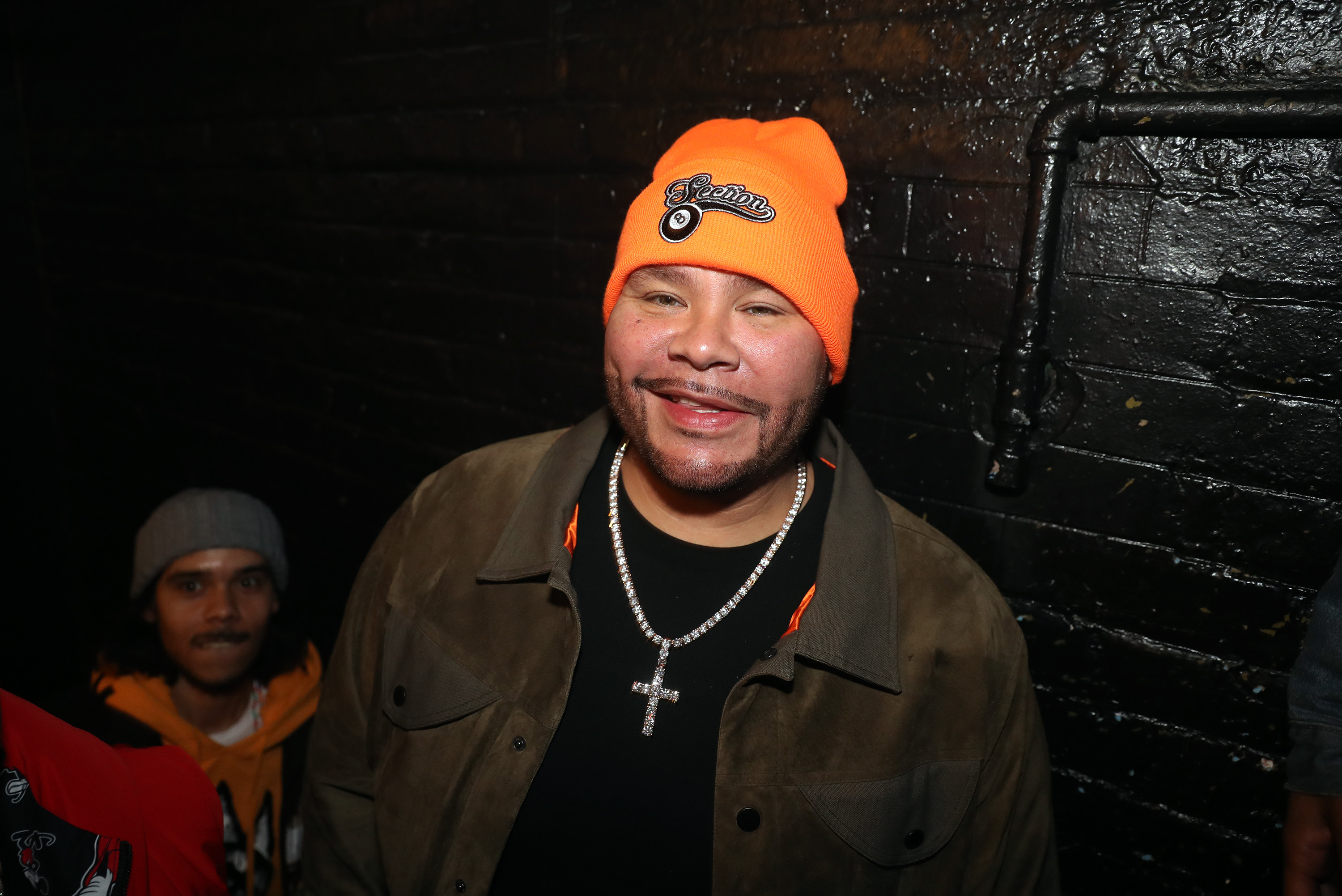 All night fans were waiting for the Princess of Hip Hop and R&B to come out, and in perfect timing, Ashanti took the stage to do her thing on “Mesmerize” as fans went wild. Donned in all black leather, the Long Island doll stole the show as she tipped around the stage in thigh-high laced heels and jet black shades following her ex-boyfriend’s appearance. But the fact that Ashanti was and is “that girl” was apparent as Fat Joe pulled the singer for her feature on “What’s Luv” too. Ashanti didn’t leave the stage for a minute!

Fat Joe brought Remy Ma and Ashanti back out to the stage, and handed them both huge gift wrapped Hermes boxes while mentioning that he loved his sisters, and got them something special. The two queens then opened their boxes on stage to reveal two brand new Birkins.

11. One Time For New York Unity

For a grand finale, both artists brought their entourage to stage to perform anthem “New York” from Ja Rule’s 2000 album R.U.L.E., which featured Fat Joe and past Verzuz performer Jadakiss, who surprisingly also joined the duo tonight! With one arm around the other, both of tonight’s contenders said in unison, “Yesterday’s price is not today’s price!” What a way to end the evening with amazing energy only found in the Big Apple.