In this installment of “Studio Sessions,” Lion Babe discuss how the pandemic affected the making of their upcoming album ‘Rainbow Child,’ collaborations with Bas and Childish Gambino, and more. Read here!

Jillian Hervey and Lucas “Astro Raw” Goodman as the eclectic duo Lion Babe has put out some of the most dynamic music of the last decade, collaborating with the likes of Bas and Childish Gambino after starting from humble beginnings.

“We were literally in his bedroom and his vocal booth was just his bedroom. I cut ‘Treat Me Like Fire’ looking at old polaroids of his sister modeling hats with her girlfriends when she was like 11 years old,” Hervey told REVOLT.

In this installment of “Studio Sessions,” Lion Babe discuss how the pandemic affected the making of their new album Rainbow Child, collaborations with Bas and Childish Gambino, and the spontaneity of their creativity. Read below! 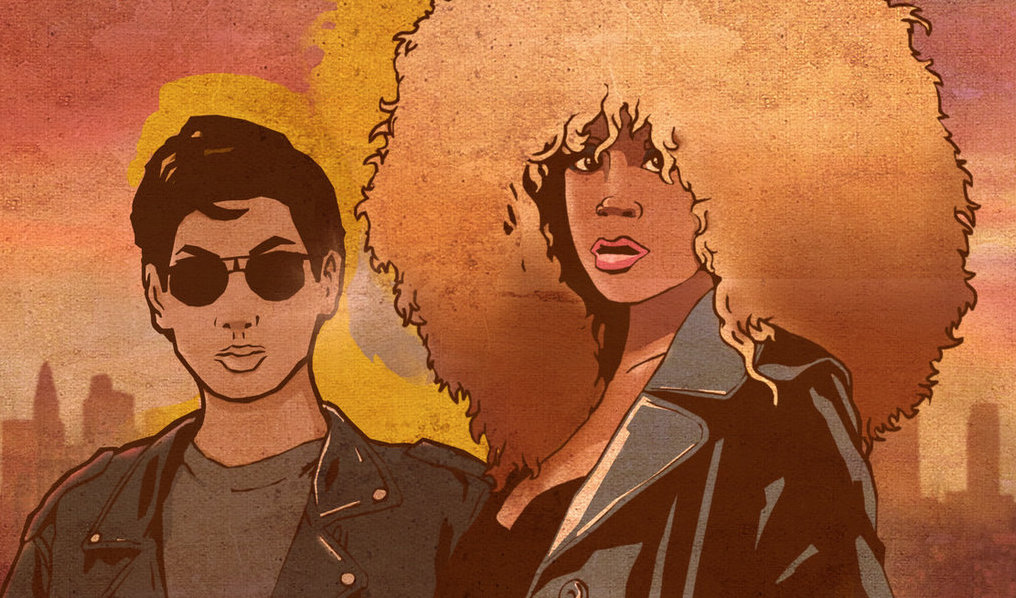 Rainbow Child is your first project in two years. How did the pandemic affect the making of the album?

Jillian Hervey: During the pandemic, we bunkered in and was writing everyday. It became an outlet to cope with everything that was going on in the world. We never had that kind of continuous ability to be in studio and writing mode. We wrote tons of music. This project formed itself. It was just a grouping of songs we felt belonged together. As we were trying to navigate the year, we felt this was the first grouping of songs that needed attention in response to what we were all feeling and what was going on in the world. A couple of the songs we had for a long time. A lot of the songs were generated during COVID.

Astro Raw: We made so much music. There’s a whole bunch of music we made during that time that’s not even going to be coming out on this album. It’ll be coming out afterwards. We wanted to make the project very cohesive and a certain vibe.

Is there a rough estimate of the number of songs you two recorded during the pandemic?

Jillian: This is probably our largest output of music in a year ever. We might be on tour or have other things that cut into being in the studio and focusing. Us working on music daily during the pandemic made things faster. Also, since we’ve been making music for nearly a decade, our rhythm is more fine tuned and we can turn stuff around faster.

Where do you record it out of?

Astro: We have our studio in Bushwick in a building with a bunch of other recording studios, graffiti artists, painters.

Jillian: There’s a therapist in there (laughs).

Astro: We’ve had that space for about two or three years. Even during this pandemic time, we got a chance to make it nicer. It’s basically a souped up version of the bedroom situation, which I feel a lot of artists gravitate toward more these days because it’s sort of how we came up. 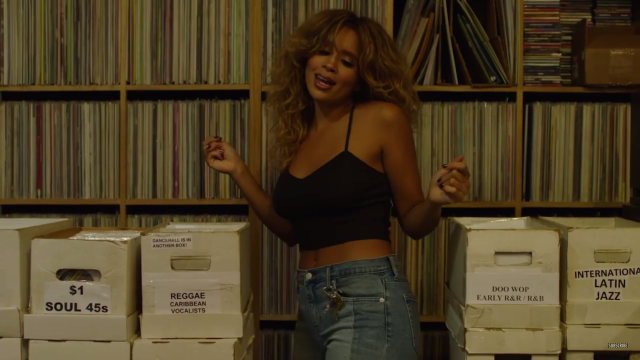 What can fans expect from Rainbow Child?

Jillian: Our goal was to just collaborate with people we respect and love. We wanted a lot of people of color who have been connected within our community to be involved in this. Those are the people who don’t always get in certain spaces and we wanted to come together and make something unified. I’ve known Oshun since I went to the New School and they were at NYU. It’s really cool to be on a record with them. Siimbiie Lakew is also a friend of ours. It’s nice to have a family feel on this album.

Astro: We wanted all the sonics to be in a similar lane. We’ve always tapped into a lot of soul music and records from the ‘70s we were big fans of. On our previous albums we’d tap into it, but then go and do something more synth, dance or house. For this one, we wanted to focus in on that soul sound.

What song on Rainbow Child encompasses the overall sound of the album?

Astro: It’s the opening track, which we’re dropping the video for on Friday. It’s a song called “Rainbows.”

Jillian: I would second that. It’s a tie between “Rainbows” and “Radiant Child.” We really came up with the album title through those songs. “Radiant Child” was a potential song for our Cosmic Wind album [from 2019]. It wasn’t finished then, so we wanted to wait on it. Then, “Rainbows” came and that’s very prolific in singing your heart out, feeling a type of way and the rainbow is the salvation. “Radiant Child” is about this beautiful reminder to your inner child and going inward. 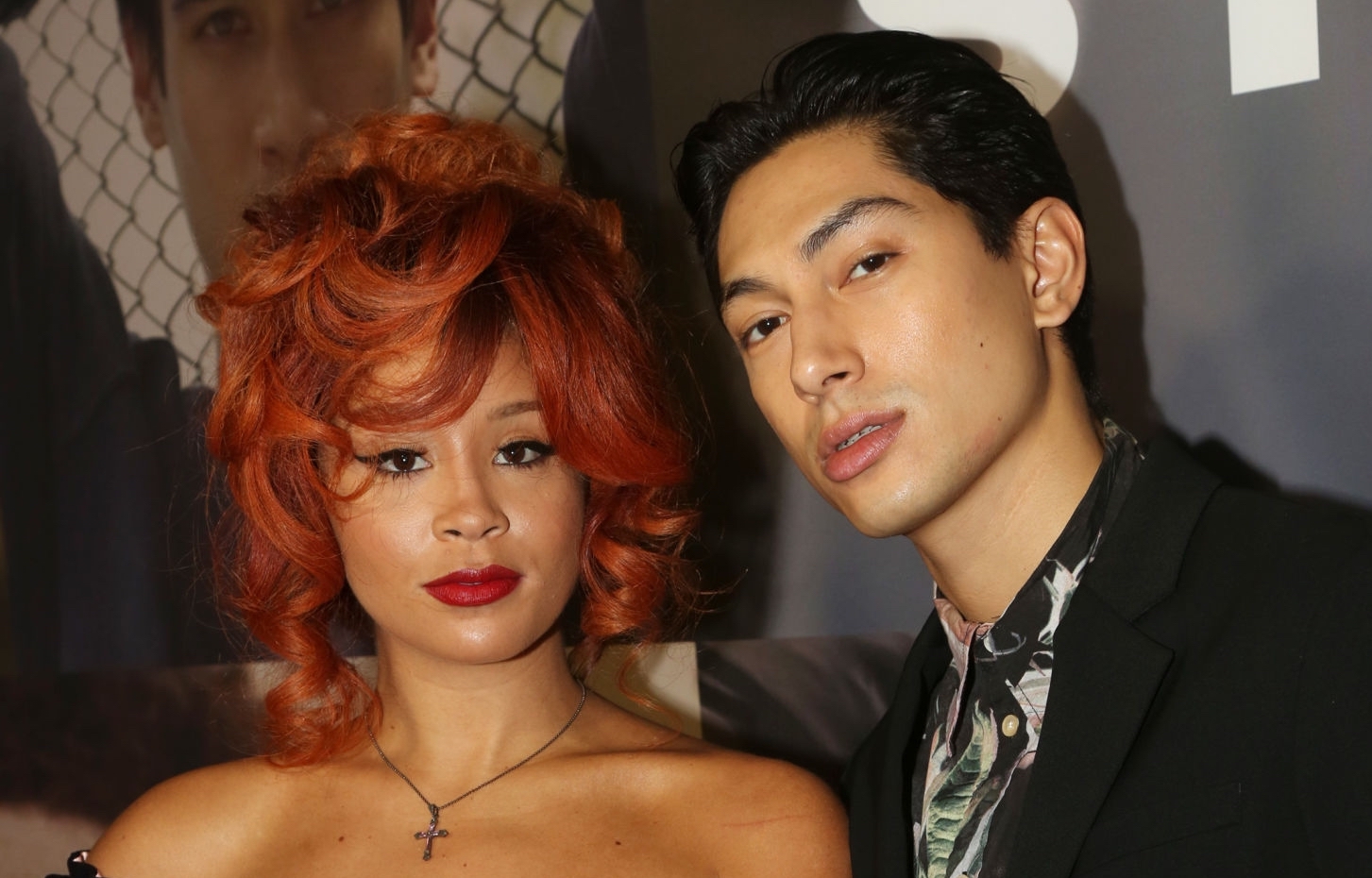 Jillian: It was definitely that home studio we were talking about. We were literally in his bedroom and his vocal booth was just his bedroom. I cut “Treat Me Like Fire” looking at old polaroids of his sister modeling hats with her girlfriends when she was like 11 years old (laughs). It was a different sort of vibe. At that time, in our 20s, I was so impressed with his sound and I loved his beats. I’ve always been into impressing people. It’s exciting to me to be like, “Put me in a room and I’ll show you what I can do.” That was what really planted the seed. He was really nonchalant about It, which opened me up a bit. I always wanted to sing but I didn’t want to make it a big deal, and he totally didn’t make it a big deal. That’s how we naturally kept going.

How did you two build your studio chemistry over the years?

Astro: With any collaborative creative process, reading the room is a valuable room because that’s how you get the best energy and creativity. If I see Jill is in a certain kind of mood, I’ll play a beat that might be right to capture a moment when she might be feeling it and sing something. It’s sort of like setting the person up for a layup.

Jillian: We’re so similar and different in a lot of ways. I think I inherently am a people pleaser because you want to make the people around you feel comfortable. There became a moment when we knew we needed to take space from each other and not do this every single day, so we can come back and know what was up. That was very valuable. It wasn’t a rough patch. It was just something for us to realize stepping away can help you know what you’re trying to do. That’s helped us be more honest with ourselves and create more effectively.

How did “Jump Hi” with Childish Gambino come about?

Astro: We probably made the initial idea when we made “Treat Me Like Fire.” Those beats were probably done within the same week. We linked with Childish Gambino at SXSW in about 2014. We were going down there to play a different show and, while there, we got connected to him because he was a fan of “Treat Me Like Fire.” Apparently, he would always sing it before going on stage in order to warm up. He invited us to open for his show. We became friendly. One day he was in New York, we connected and we played him a rough version of “Jump Hi.” He was feeling it, so we asked him if he wanted to get on it and he did. He was really cool to work with. It happened pretty easily and real smooth. 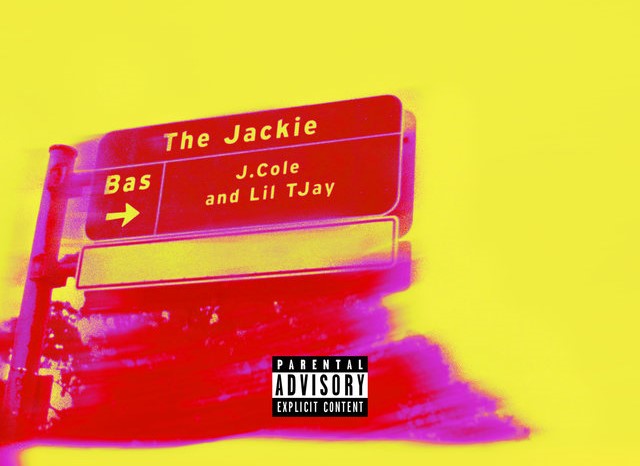 One of my favorite tracks from Bas’ Milky Way album was “Spaceships + Rockets.” How did that song come about?

Jillian: His brother mOma Is like family. He wanted to do a remix of the song. He texted me saying, “Bas wanted to do something.” This was definitely a month after the song had been out.

Astro: What happened was we reached out to mOma to do the remix. We put the remix out without Bas and then, one day, mOma sent a verse that Bas did over it. He said he really loved it. We put it out as a single first, and then Bas was like, “I want to add this to my album.”

Astro: A computer (laughs). Not much to be honest. A lot of our best ideas aren’t even generated in the studio. It’s usually us chilling in the crib or we’re in the car and Jill happens to start singing something as I’m playing beats. Then I’m like, “What’s that?!!” And I pull over and we record it on the phone real quick. Those voice memos are the real important building blocks to us making these songs. It’s about capturing a moment in time and life. Then, we go back in the studio and figure the actual song. For us to get in that vibe, we have to be in a place that’s comfortable. We love a window with light coming in. We need to have the ability to be loud. We definitely would love to have some water.

Jillian: In general, wherever I am, there’s something burning whether it’s a candle or incense because I think it activates the room and the space. We’re lucky our studio has a skylight, but we’ll keep the lighting low. We try to make it our own version of Electric Lady (laughs).

What songs started from a voice note? 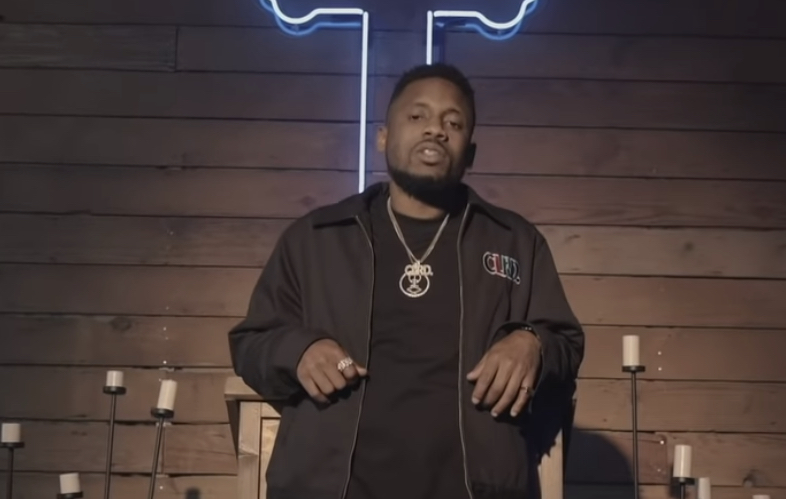 Jillian: Because I never record anything (laughs).

Astro: We usually take that voice note demo and put it in the track as a reference point. Even if it’s not a good quality of audio, you can feel there’s a certain magic in the vibe you captured in the moment. We always get demo-itis and want to capture that original energy again.

Jillian: It’s the classic story of artists overthinking and when they stop overthinking is when the magic happens. If I’m frying fish or making a smoothie, and I’m not focusing on that and just listening to it, the words will come. I’m allowing them to come and not forcing it.

What’s the funniest thing you two have done in the studio?

Astro: One that pops up in my mind is from a long time ago when we were in London. It was our first time recording in London. We were working on a very rough version of “Jungle Lady.” Jill is singing in this English accent, saying, “Fish and chips for everybody.” I was laughing so hard.

Jillian: Little voices will come to me when we’re in the studio for a minute and I’m going a little crazy. Sometimes we’ll just start laughing so much and we don’t know why we’re laughing. It’s probably because we’re exhausted (laughs). Sometimes business calls are funny where after the call we’ll get back to work and laugh about a comment said in a meeting. We try to make it all fun. Luckily that’s something that connected us. We’re serious but we don’t take ourselves super serious.