When it comes to athletes getting money outside of their professional sport, the first name that comes to mind is Michael Jordan. This is largely due to the cult following that his sneakers have established and maintained since the release of the Air Jordan 1 back in November of 1984.

The relationship has been one of the most lucrative and iconic athlete-brand collaborations of all time. Nike would release a new shoe every season and what better billboard than the greatest player ever rocking that very shoe? Even now, 16 years after Jordan retired, the brand has continued to skyrocket with the re-release of original sneaker versions — also known as retros. Since its creation, Nike has expanded to include apparel and sponsors several athletes across several sports. Stars who are part of the Jordan brand include Russell Westbrook, Luca Doncic, Carmelo Anthony, Jayson Tatum, Dak Prescott, Davante Adams, Te’a Cooper, and Maya Moore to name a few. The massive growth has encouraged Nike to make Jordan a stand-alone brand. In the 2019 fiscal year, it amassed $3.1 billion in wholesale revenue and was on pace to eclipse that figure in 2020 despite the coronavirus pandemic due to a reported billion-dollar quarter in late 2019. 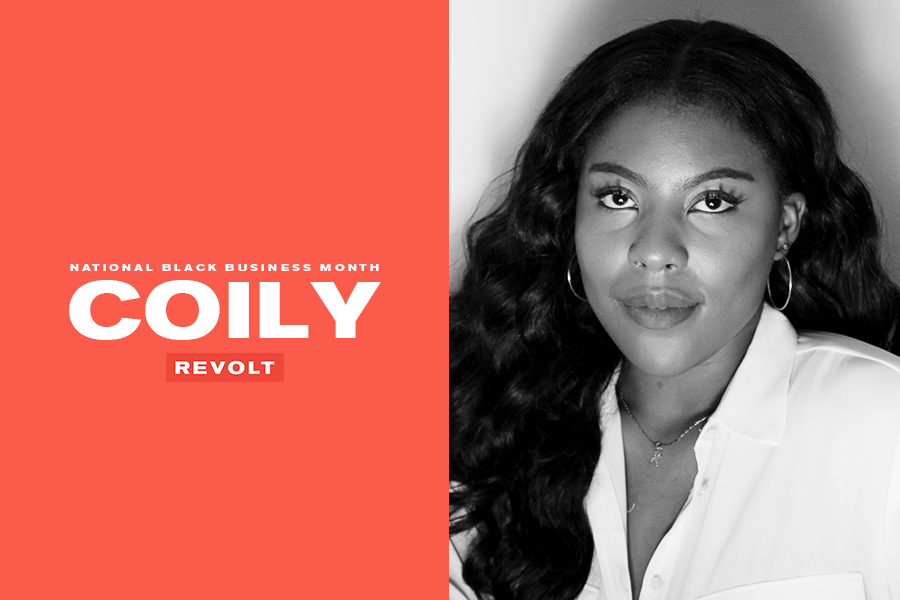 While that’s certainly a good chunk of change, the Jordan brand is only a part of a diverse portfolio that the 6-time NBA champion has curated. Staying within the realm of athletics, Jordan is also majority owner of the NBA franchise the Charlotte Hornets. In fact, he is the first former player to do so in the league. As most living legends, his influence has spilled over from the hardwood to the boardroom as several other players have followed his lead in purchasing ownership stakes in professional teams across the associations. More recently, former Miami Heat champion Dwyane Wade joined the Utah Jazz ownership group. MLB great Alex Rodriguez is poised to become a controlling owner of the Minnesota Timberwolves and the WNBA’s Minnesota Lynx in 2023 along with e-commerce billionaire Marc Lore. The NBA’s Board of Governors approved the move in July.

Tennis superstar siblings Venus and Serena Williams have been limited ownership partners in the Miami Dolphins since 2009. Serena added the new LA-based women’s soccer team Angel City to her portfolio and this time, she brought daughter, Olympia, and husband, Alexis, on for the ride. The 23-time Grand Slam winner, along with her family, joined a number of celebrity investors in 2020. The football club is expected to begin play in 2022. One of the leagues where diversity in ownership is nearly obsolete is the NFL. Former running back Warrick Dunn purchased a minority stake in the Atlanta Falcons after he retired. Several sports stars have waited until retirement to migrate to the front office, but there is a new wave of athletes that are doubling as franchise players and front office executives simultaneously.

LeBron James and Patrick Mahomes are two of the hottest names in their respective sports, and they are wasting no time making their footprint outside of their uniforms. Mahomes, in his prime and with a record-breaking contract with the Kansas City Chiefs, became part-owner of the Kansas City Royals. The game of baseball is rooted in the Super Bowl winning quarterback’s DNA. He was a two-sport star at Texas Tech before focusing on football, and his father was a pitcher in the MLB for several years. James is hands down the heir-apparent to Jordan with his investment portfolio closely following the model of the legendary Tar Heel. In 2011, he invested in Fenway Sports group to become a partial owner of Liverpool football club – valued at almost $2.2 billion. In March of 2021, the four-time NBA champion officially became a part owner of the Boston Red Sox through FSG, as well. Baseball diamond investments can prove to be extremely lucrative for both Mahomes and James as MLB valuations have skyrocketed from an average of $523 million to $1.85 billion over the last decade according to Forbes. 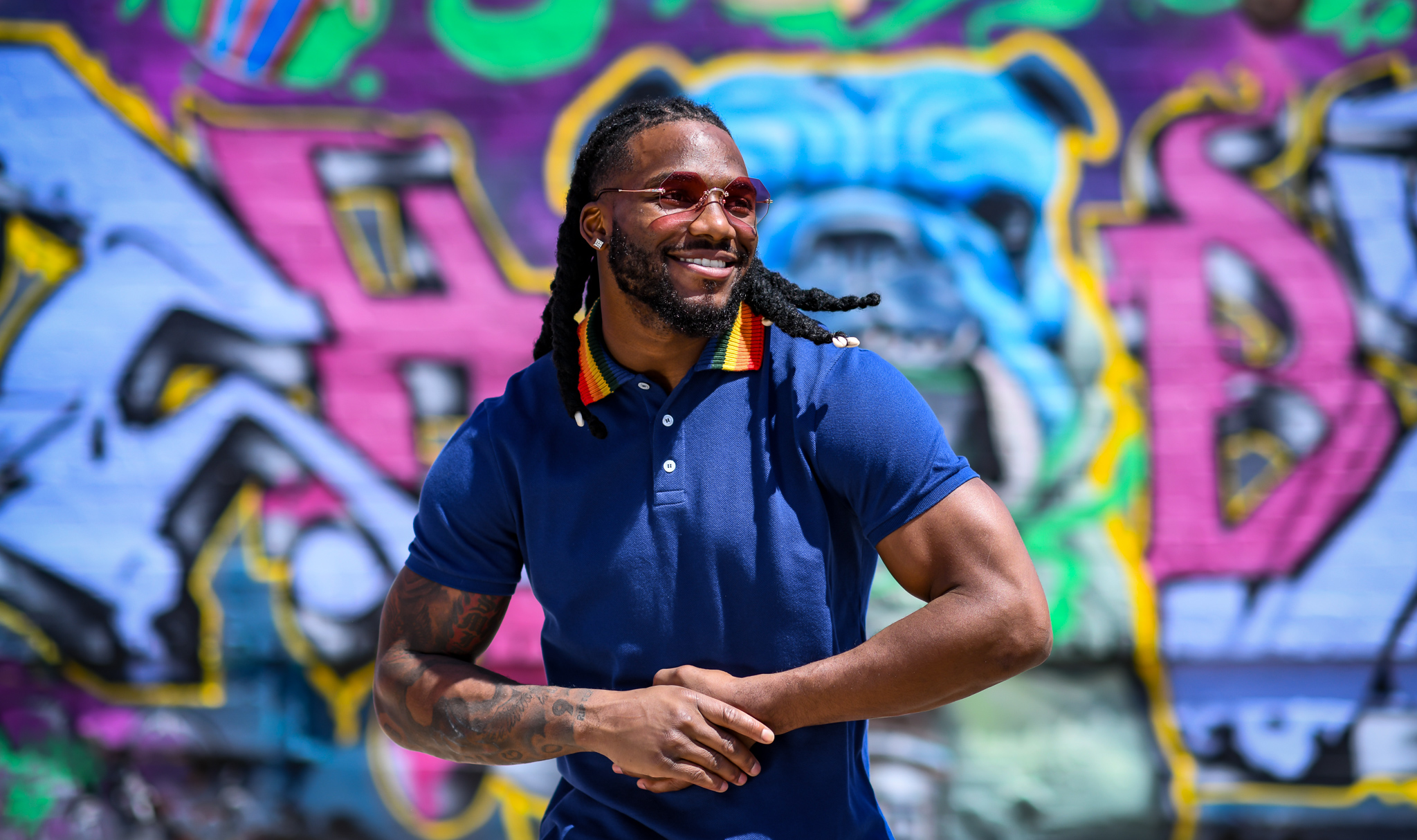 Although he is Nike’s second-highest earner, after the Jordan brand, James’ shoe deal is only a sliver of what the kid from Akron has been up to away from the court. In addition to fighting voter suppression and taking on a slew of social justice fights, he’s been getting to the money. Millions flocked to see his Space Jam sequel this summer. James’ production company, SpringHill Entertainment, produced the movie and is responsible for several movies and original series that have appeared on network giants HBO, CBS, NBC, ABC, and ESPN. There are also SpringHill works that appear on streaming channels Netflix, Disney+, and Apple+. The husband and father of three also owns media company Uninterrupted.

Gearing up for his 19th season in the NBA, taking care of his body is paramount for the LA Laker. He has teamed with model Cindy Crawford, actor/politician Arnold Schwarzenegger, and former ski racer Lindsey Vonn to launch a health and wellness company called Ladder. After being the face of Coca-Cola for nearly 18 years, he inked a new deal with PepsiCo that is estimated to bring in $4 million annually to the James household. While enjoying a cold Pepsi product, you can also take in a slice or two and still be in support of one of the NBA’s most prolific scorers. There are 19 Blaze Pizza restaurants peppered throughout Chicago and South Florida that James can lay claim to while also listed as an investor in the company. If you follow James or his wife Savannah on social media, it’s no secret that they often partake in a glass or two of vino, so don’t be surprised if the wine industry is the next to be stamped by King James.

Diversification must be something that runs deep in the gold and purple of the Los Angeles Lakers. Former center and Hall of Famer Shaquille O’Neal has his hands in so much that it will be hard not to forget to list one or a couple of his endeavors. The now-analyst has graced the televisions of many households for years while promoting brands such as Gold Bond, Icy Hot, The General insurance, and Papa John’s. He’s not new to this, he’s true to this. One of his early “hits” was his investment in Google back in 2004 – an investment that he wished he had put more into. Along with Papa John’s, O’Neal owns several restaurant franchises including pretzel giant Auntie Anne’s. At one point, he owned a whopping 155 Five Guys locations before selling his stake. In addition to his minority stake in the Sacramento Kings, the 15-time All-Star also has significant ownership in Vitaminwater, Lyft, and Ring. More recently, he shocked many when he announced that he also owns Forever 21, JCPenny, and — get this — branding rights of Elvis Presley. O’Neal is not content to stop there. In March, he co-founded an ad agency focused on diversity called “Majority” with the goal to increase diversity in the workplace. 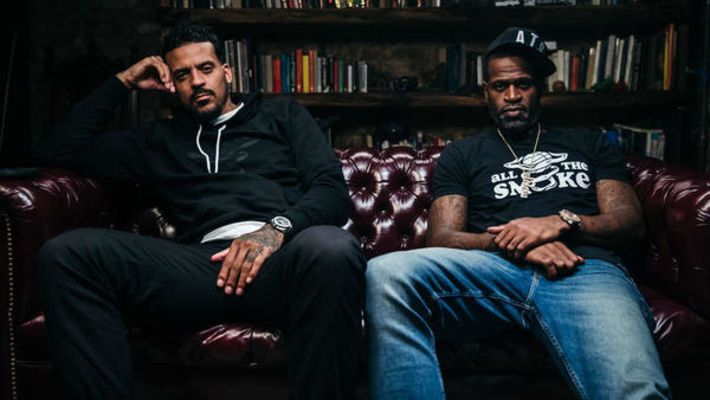 “Most agencies still struggle to meet a 25% diversity target,” O’Neal said. “We want to flip that diversity ratio to turn the minority into the majority.”

Keeping with the trend of the Lake Show’s lucrative alumni, before there was Wizard Kelly on “The Proud Family,” there was Magic Johnson. The famed Laker guard’s company, Magic Johnson Enterprises, has invested in several ventures from Los Angeles sports franchises — the Lakers, Sparks, Dodgers, and the LAFC — to movie theaters and restaurants. There were Magic Johnson Theatres in four cities. In addition, the Hall of Famer owned 31 Burger King restaurants and 13 24-Hour Fitness locations. Burger King was not Johnson’s only foray into the restaurant world as he also owned several TGI Friday’s franchises. He even had a stake in 125 Starbucks stores before selling his interest back to the company in 2010. He is also credited with placing locations of the coffee giant in urban areas and tailored the menus to cater to the respective market. He sold his 4% interest in the Lakers to Patrick Soon-Shiong the next day. Johnson’s investment game has continued as he is part of a joint venture in the rebuilding of the LaGuardia Airport in Queens, New York. Another current investment is Superheroic, a data-informed sneaker that encourages kids to be active.

The increasing business acumen of the professional athlete lends hope to the initiative to diversify boardrooms and front offices in spaces that were once — or still are — their main source of revenue. As the portfolios of the athletes mentioned begin to inspire the generations of those after them, is it possible to erase the notion of the “$40 Million Slave”?