Derek Chauvin has no criminal history, and his defense attorney is pushing for probation or a shorter prison term.

To many, justice was an impossibility following George Floyd’s death. However, a 10-hour jury deliberation concerning his murder became an overwhelming moment in history. On April 21, Derek Chauvin, a former Minneapolis cop, was held accountable and found guilty on all the counts aligned to the criminal incident.

Ahead of Chauvin being found guilty of second-degree manslaughter, third-degree murder, and second-degree murder, viral footage circulated of Floyd handcuffed and pleading for his life while on the ground. Specifically, the former cop kept his knee pressed into Floyd’s neck while the now-deceased man stated “I can’t breathe” over 20 times. Today, the convicted murderer is preparing for his sentencing on June 25.

“In spite of the notoriety surrounding this case, the court must look to the facts. They all point to the single most important fact: Mr. Chauvin did not intend to cause George Floyd’s death. He believed he was doing his job,” wrote Eric Nelson, Chauvin’s defense attorney, in a sentencing memorandum submitted to Hennepin County on June 2.

A multitude of videos from May 25, 2020; by way of witness cell phones, including those of minors and associated police body camera footage, have been distributed worldwide. Together, these clips revealed that Chauvin used his weight to pin Floyd to the pavement for over nine minutes. The ex-cop dismissed the requests of bypassers asking that he be mindful of potential consequences. None of Chauvin’s co-workers intervened to assist Floyd either.

Surveillance cameras showed then-officers Thomas Lane, Tou Thao, and J. Alexander Kueng either quiet or aiding Chauvin in restraining Floyd — who later died of asphyxiation. This collective of conspirators now awaits their trial, which the judge postponed until March 2022. The updated trial date ensures that the federal case will be completed first. According to a document sent by Chauvin’s legal team last week, the ex-cop is requesting that he be sentenced to probation and time already served.

“Here, Mr. Chauvin was unaware that he was even committing a crime. In fact, in his mind, he was simply performing his lawful duty in assisting other officers in the arrest of George Floyd,” his attorney wrote. Further, his team is seeking a new trial. 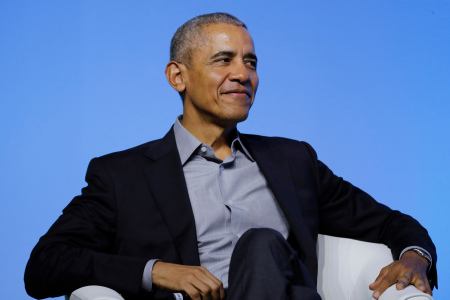 The claim: Can Derek Chauvin’s anticipated sentence be shortened on June 25?

Our findings: True. Chauvin has no criminal history, and his defense attorney is pushing for probation or a shorter prison term.

As a rule of thumb, when someone on trial has a substantial criminal record, they face the possibility of enhanced penalties or longer sentencing. Chauvin’s policing record reflects a history of involvement in both police shootings and violence on the job. Though there were behavioral complaints against him, the former police veteran is considered a first-time offender. Additionally, Chauvin invoked his Fifth Amendment right during the trial.

More plainly, in court, evidence of past offenses is usually only admissible if the defendant elects to testify. Chauvin’s Fifth Amendment decision possibly supports him ahead of the upcoming sentencing.

In his 19 years with the Minneapolis Police Department (MPD), Chauvin had 18 complaints filed against him. An MPD Internal Affairs Public Summary shows that of these occurrences, two were “closed with discipline.” Therefore, ahead of him being fired, there was a nine out of 10 probability he would not be reprimanded when someone composed a complaint against him. While the trial was ongoing, Ted Sampsell-Jones, a professor at Mitchell Hamline School of Law in neighboring St. Paul, told USA Today: “[The judge is] ‘letting in the most similar incidents for both sides, but overall, he’s limiting the inquiry — trying to keep the parties, and the jury focused on the charged incident.’” 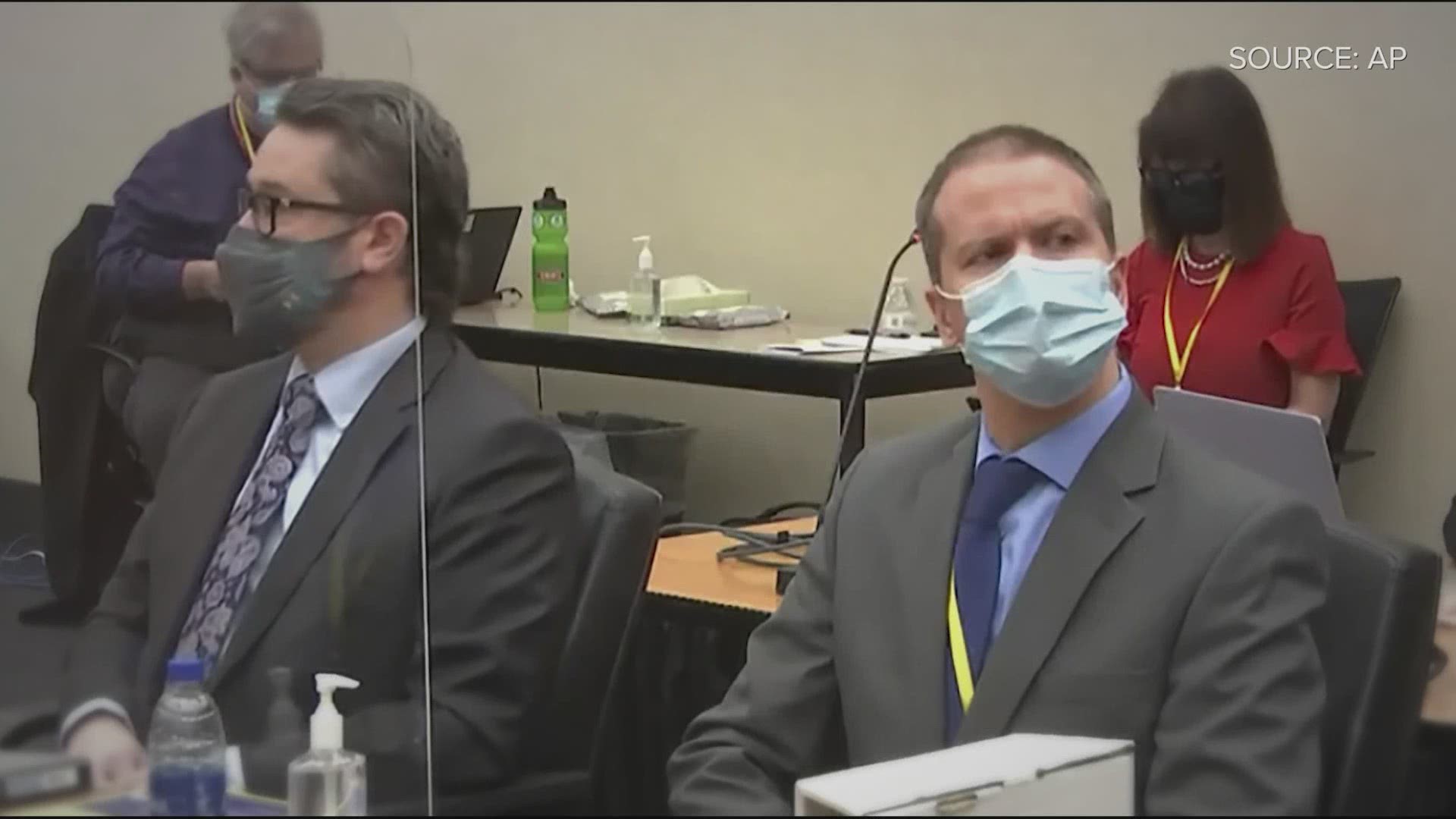 And the mentioned parties have different perspectives on fitting consequences for the public safety administrator who listened to Floyd beg for breath. Prosecutors in Minnesota have asked the judge to sentence Chauvin to 30 years in prison, remarking it would: “... properly account for the profound impact of the defendant’s conduct on the victim, the victim’s family, and the community.” According to the Just Criminal Law website, “The judge can consider evidence... deciding whether [or not] to enhance the defendant’s sentence.”

Previously, Judge Peter Cahill ruled there were aggravating factors in Floyd’s death. AP predicts Chauvin will receive a longer sentence — saying Judge Cahill believes the ex-cop “...abused his authority as a police officer when he restrained Floyd last year and that he treated Floyd with particular cruelty. [Judge Cahill] also cited the presence of children and the fact Chauvin was part of a group with at least three other people... [leaving Floyd] in a prone position on the street for an ‘inordinate amount of time.’”

Even so, attorney Nelson is pushing for different judgments. “Mr. Chauvin asks the Court to look beyond its findings, to his background, his lack of criminal history, his amenability to probation, to the unusual facts of this case, and to his being a product of a “broken” system...” he wrote. Whether or not the guilty verdict is a testament to progress is a matter of perception. 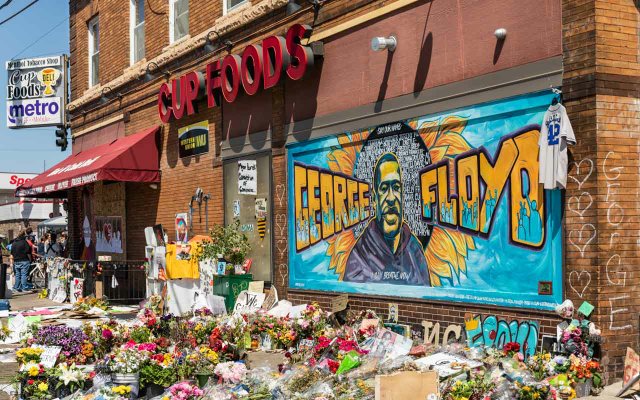 However, the fact remains, Derek Chauvin killed George Floyd on camera. He died after being accused of using a counterfeit $20 at a convenience store. Much of the world and Floyd’s loved ones saw the footage of his death — the images of a white officer kneeling on a Black man inspired global protest. Ben Crump and his team of attorneys leading Floyd’s family are reiterating what the recent verdict has proven.

NBC published that “...Chauvin need only be sentenced for the most serious charge since all the charges stem from the same act. But prosecutors have already signaled they will seek a harsher sentence, known as an ‘upward departure.’” Crump is asking that Judge Cahill consider the aforementioned aggravating factors.

Floyd’s family’s legal team says the ruling provided “...hope that we will see real change in the relationship between police and people of color by holding officers properly accountable for egregious behavior and for failing to honor the sanctity of all lives.”