The vandalisms are being investigated as hate crimes.

Statues honoring George Floyd in Brooklyn and New Jersey were vandalized just days after they were unveiled.

The wreckage of the Flatbush statue — which was mostly painted black — was reported on Thursday morning (June 24), NBC 4 reported; that same day, the Newark memorial was discovered with Floyd’s face painted black. The name of a white nationalist hate group was spray-painted on the scenes of both vandalisms alongside the name of their website, patriotfront.us.

Authorities are now searching for the men behind the crimes. On Thursday, they released images of four men who were captured at the Brooklyn statue.

Per footage of the scene, one of the men was seen near the memorial shaking a spray paint bottle before and after the vandalism. It’s unclear whether the same men were responsible for wrecking the Floyd statue in New Jersey. An investigation into both incidents is underway.

“The defacing of the statue of George Floyd has been a trend around the country,” said New Jersey Mayor Ras Baraka of the vandalism in his state. “This horrible act is the very reason that this statue needs to remain and be upheld. As this is not just about George Floyd, it’s a deliberate effort to push back against and ultimately dismantle systems of hatred, racism and white supremacy. We celebrate those efforts in Newark and will continue to do so despite the ignorance that has reared its ugly head.” 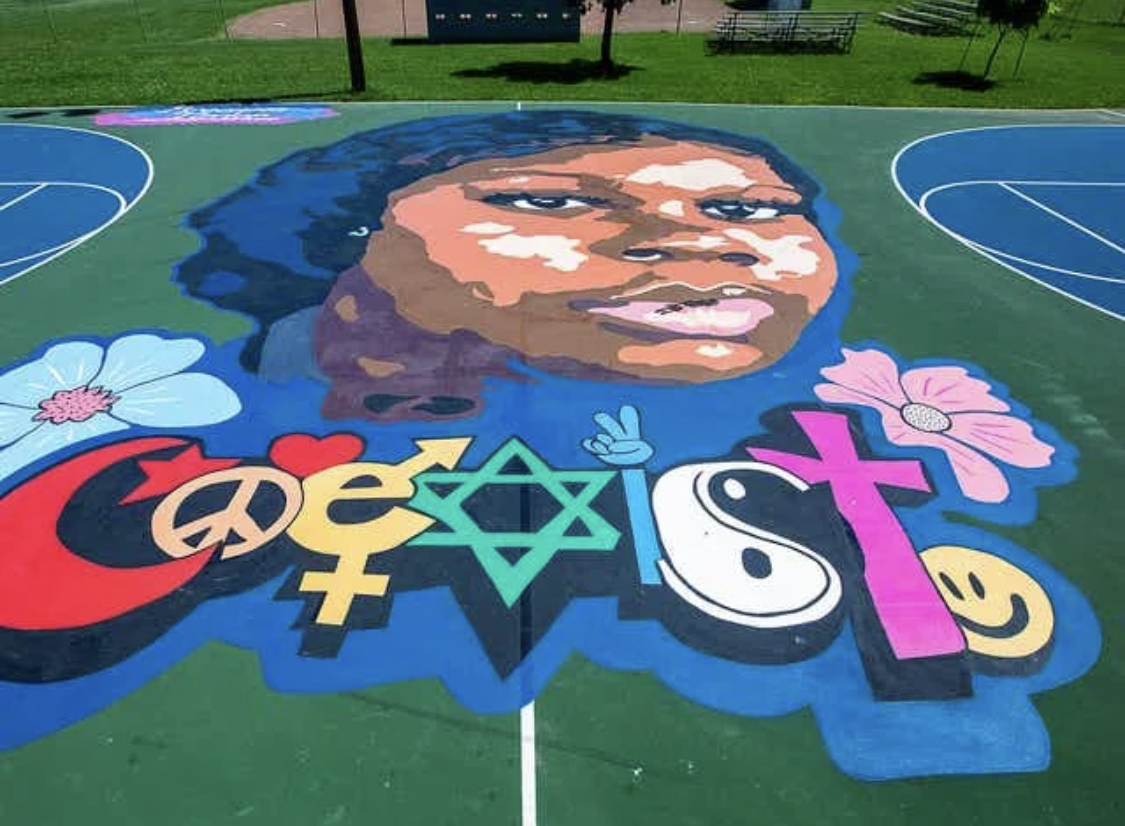 “New York’s new monument to George Floyd, which was unveiled in Brooklyn just this past weekend, on Juneteenth, is more than just a memorial for a father, a son, and a friend — it’s a testament to the grief, anger and righteous energy that his murder sparked in our state and across the country. It’s a beacon for all who believe progress is possible, and in our ability to make it happen,” Governor Andrew Cuomo said after learning of the destruction in New York. “And to the group of neo-Nazis who did this, I want to be absolutely clear: get the hell out of our state.”

The statues in New Jersey and New York were unveiled this past weekend amid Juneteenth’s celebration and were vandalized a day before Derek Chauvin’s sentencing is set to be announced.