Daniel Pantaleo was fired from the NYPD after he used an unauthorized chokehold to restrain Garner.

The former New York Police Department (NYPD) officer who was terminated in 2019 over the death of Eric Garner has lost his appeal to get his job back.

Daniel Pantaleo was fired by then-NYPD Commissioner James O’Neill after the department trial found that he used an unauthorized chokehold to restrain Garner, a 43-year-old Black man who was arrested during a dispute over selling loose cigarettes.

On Thursday (March 25), the court decided to uphold Pantaleo’s termination. “Substantial evidence supports respondents’ conclusion that petitioner recklessly caused injury to Eric Garner by maintaining a prohibited chokehold for 9 to 10 seconds after exigent circumstances were no longer present, thereby disregarding the risk of injury,” the three-judge panel decided. 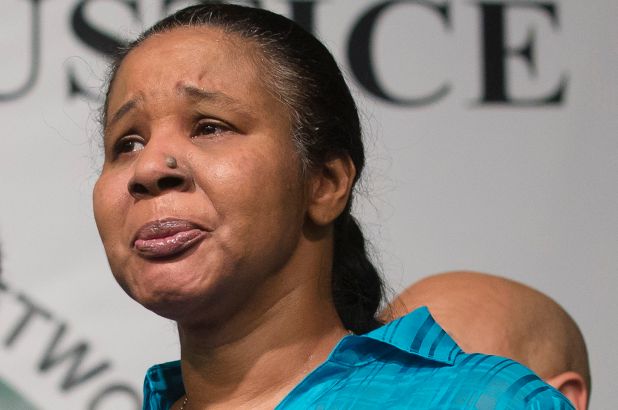 “Conduct far less serious than petitioner’s has been found by the Court of Appeals to have a destructive impact ... on the confidence, which it is so important for the public to have in its police officers,” the panel added.

Stuart London, Pantaleo’s lawyer, said he and his client are frustrated with the ruling. “We are disappointed with the reasoning and the decision handed down today and we are carefully reviewing the decision to explore our appellate options.”

Back in 2014, Pantaleo placed Garner in a chokehold and wrestled him to the ground as he called out multiple times, “I can’t breathe!” The New York City’s medical examiner ruled that his death was a homicide due to the chokehold triggering a fatal asthma attack.

The U.S. Department of Justice and a Staten Island grand jury both declined to bring criminal charges against Pantaleo, however, he was later terminated by the NYPD following a department disciplinary trial.

“Every time I watch that video I say to myself, as I’m sure all of you do, ‘Mr. Garner, don’t do it. Comply. Officer Pantaleo, don’t do it,’” O’Neill said after the firing. “But none of us can take back our decisions, most especially when they lead to the death of another human being.”