Casey Goodson Jr. was shot five times in the back by deputy, autopsy shows

A new autopsy report confirms Goodson’s family’s claims that a white Ohio deputy shot him multiple times in the back.

Casey Goodson Jr. was shot five times in the back by a white Ohio sheriff’s deputy last December, a new autopsy shows. The final coroner's report was released on Thursday (March 18), more than three months since the Black 23-year-old’s death.

Goodson was opening the door to his grandmother’s house when Franklin County sheriff’s deputy Jason Meade shot him several times in the back and toro, Goodson’s family says. The new autopsy report shows he was shot six times with five bullets hitting him in the back, confirming those claims.

“This family and this city have been through enough trauma and our healing cannot begin until Meade is held accountable for this heinous act,” Sean Walton, one of the attorneys representing Goodson’s family, said Wednesday night (March 17). “Jason Meade is a threat to the community and public safety each and every day that he continues to be free.”

Deputy who killed Casey Goodson Jr. has still not met with investigators

Meade, a 17-year veteran of the Franklin County Sheriff’s Department, has since been placed on administrative leave. On the day of the shooting, Meade was working with a U.S. Marshals task force to help locate a fugitive. U.S. Marshal Peter Tobin said Meade approached Goodson, who was not the target of the search, after he allegedly waved a gun at deputies.

Tobin claimed Meade ordered Goodson, who is a registered gun owner, to drop his weapon. When he did not, authorities say, Meade fatally shot him. However, Goodson’s family maintains that he was shot in the back while carrying sandwiches into the house. A gun was reportedly recovered at the scene, but officials have not provided any further details.

The case is currently under investigation by the U.S. Attorney’s Office and the Justice Department’s Civil Rights Division. On Thursday, Franklin County Prosecutor Gary Tyack said his office will decide whether or not to bring charges against Meade when the investigation is complete. 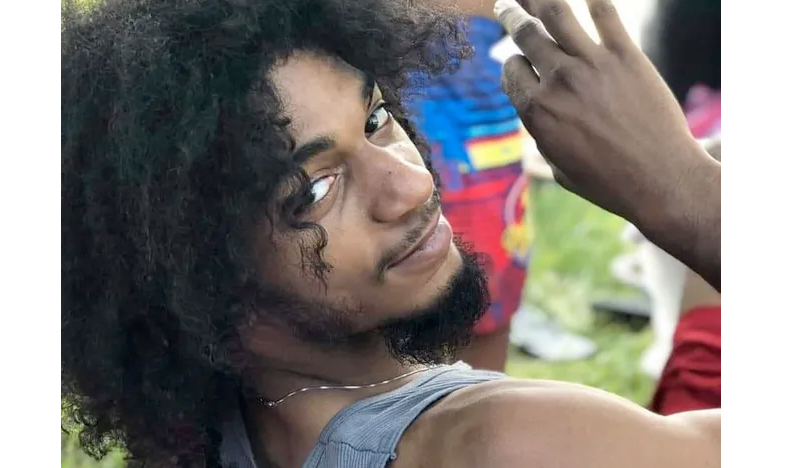 Franklin County Sheriff Dallas Baldwin also said he will wait to see the investigation’s findings before deciding on any disciplinary action, adding that the new autopsy report “doesn’t provide all of the facts needed to give us those answers.”

“I want to be clear that the Franklin County Sheriff’s Office use of force policies prohibits any deputy from using deadly force against anyone who doesn’t pose an immediate threat to the officer or to others,” Baldwin said in a statement. “However, I also want to emphasize that criminal investigations over the years have shown that the physical location of gunshot wounds alone do not always tell the entire story of what happened.”