In this installment of “Studio Sessions,” the producer explains how he ended up co-producing Baby Keem’s “Family Ties,” the type of beats Swae Lee and Future like, and what unreleased songs he hopes to come out.

Frankie Bash production credits over the last year three years include Future, Lil Gotit, Nav, D. Smoke and others. But, it was his summer session with Swae Lee where he saw how some of the biggest rappers in the world make their music.

“He’s just off the top and does everything really fast. He’ll record after not writing anything down, stop and think for a little bit, and then go back in. He pretty much punches everything in bar for bar. It was cool to see that,” Bash told REVOLT.

In this installment of “Studio Sessions,” the producer explains how he ended up co-producing Baby Keem’s “Family Ties,” the type of beats Swae Lee and Future like, and what unreleased songs he hopes to come out. Read below. 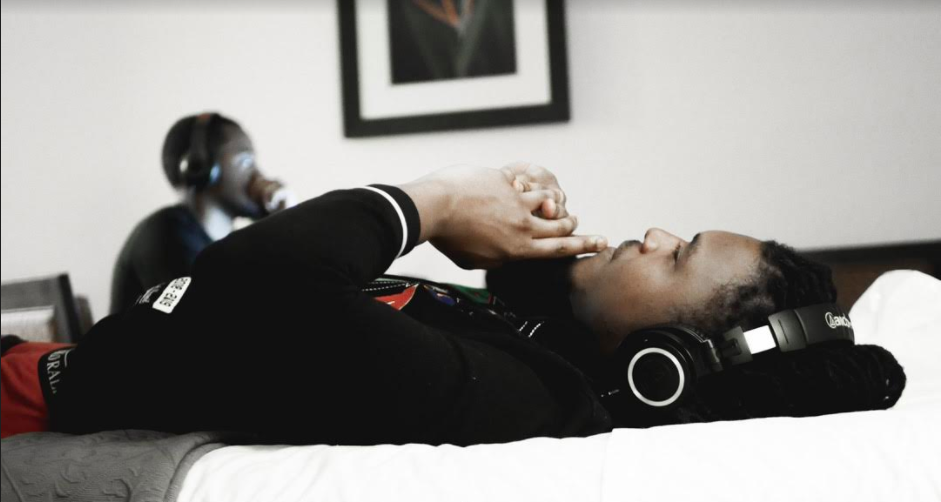 Who was the first major artist you worked with in the studio?

It may have been Swae Lee this year. Swae was one of the first ones where I was in with them making a bunch of beats on the spots. That was cool.

This was around June.

Yeah. He heard one of my songs when he was in Miami and I think my management told him, “Yo, this is Frankie.” He loved my vocal samples and melodies, that’s what he gravitated towards. One day, me and my boy Ben10k went over to this crib that looked like a cabin to see Swae. We were in this small room and ran through some beats. He was fucking with everything. We made this song called “Three Day Weekend” before I met him. When we got together, we knocked out a few joints and he was like, “Yo, we need to keep working.” He gave me his number so I’ve just been texting him beats and stuff. He has a cool process.

What is his creative process?

He’s just off the top and does everything really fast. He’ll record after not writing anything down, stop and think for a little bit, and then go back in. He pretty much punches everything in bar for bar. It was cool to see that.

How quickly did he work on those songs?

We started around 10 p.m. and we were there until five in the morning. In the time span, I think we knocked out three tracks. We’d take little breaks and stuff. I think there was a dartboard there, so we were just messing around and not trying to take everything too seriously. We were just laughing and having a good time.

What were the beats he gravitated to?

He liked the beats more on the dark side. It’s sort of pop vibes but still has the trap influence with the drums. It’s just darker and more melodic.

Was Slim Jxmmi there too?

Yeah. We were trying to get him on one of these songs. It was crazy because he was almost about to but he didn’t end up cutting it. I was like, “You have to hop on this song.” We just found out he got on one of the beats in Miami. Hopefully, that’s going to make the Sremm4Life album. I wasn’t even in Miami, my boy Bak was at this camp for Future, but Swae Lee showed up and ended up cutting some tracks. He wasn’t feeling anything they were playing and then my boy Bak played our beat and he was like, “Yo, y’all made this?” Bak was like, “Yeah, it was me and my boy Frankie.” He cut it right there on the spot.

You’ve worked in the studio extensively with Wheezy; one of Young Thug, Gunna, and Future’s favorite producers. How’d you two connect?

That was through my guy Bobby Raps. I started coming out to L.A. about five years ago and my boy Bobby was working on The Weeknd’s Starboy album. They had him up in a hotel and he had a little studio, but once they stopped paying for the hotel and he left, we started staying at the studio. We were just sleeping on the couch and waking up to make beats. One of the people Bobby met and started bringing around was Wheezy. When we met, Wheezy asked me to play some shit. I played him some beats and he was like, “Your shit is fire.” We were just kicking it, sleeping on couches, and just doing the L.A. shit. We were at random studios every month. One day I was back in Minnesota and he texted me out of nowhere like, “Send me some stuff. I’m in the studio with Future in Miami.” I was shocked he still remembered me (laughs). He just wanted melodies so I sent him a few packs. That’s how I got my first big placement on Future and Juice WRLD’s “Realer N Realer.” That was in the second pack I sent Wheezy.

You also produced “Krazy But True” on WIZRD. What do you think attracted Future to those beats?

I heard Juice WRLD picked “Realer N Realer” and a lot of the beats for their collab album. I think Future was trying to hop on whatever Juice wanted to do. For “Krazy But True,” I think he liked how it was really really dark and spoke to him. There’s this crazy vocal I sampled from this guy Spooky Black. We had his vocal swelling in the background to give this eerie, weird sound. But, it sounded so cool. He definitely was fucking with that one.

He’s really fast. He’ll go through loops, and if he’s not feeling a loop he won’t show emotion. But, if he hears a sound he likes, his eyes will light up like, “Oh shit, let’s load this up right now.” He’ll knock the beat out in 10-15 minutes and go on to the next one. So, I try to load him up with as much stuff as possible because I know it’s almost like a numbers game. I’ll usually be in another room working on stuff and then bring the samples over to him. 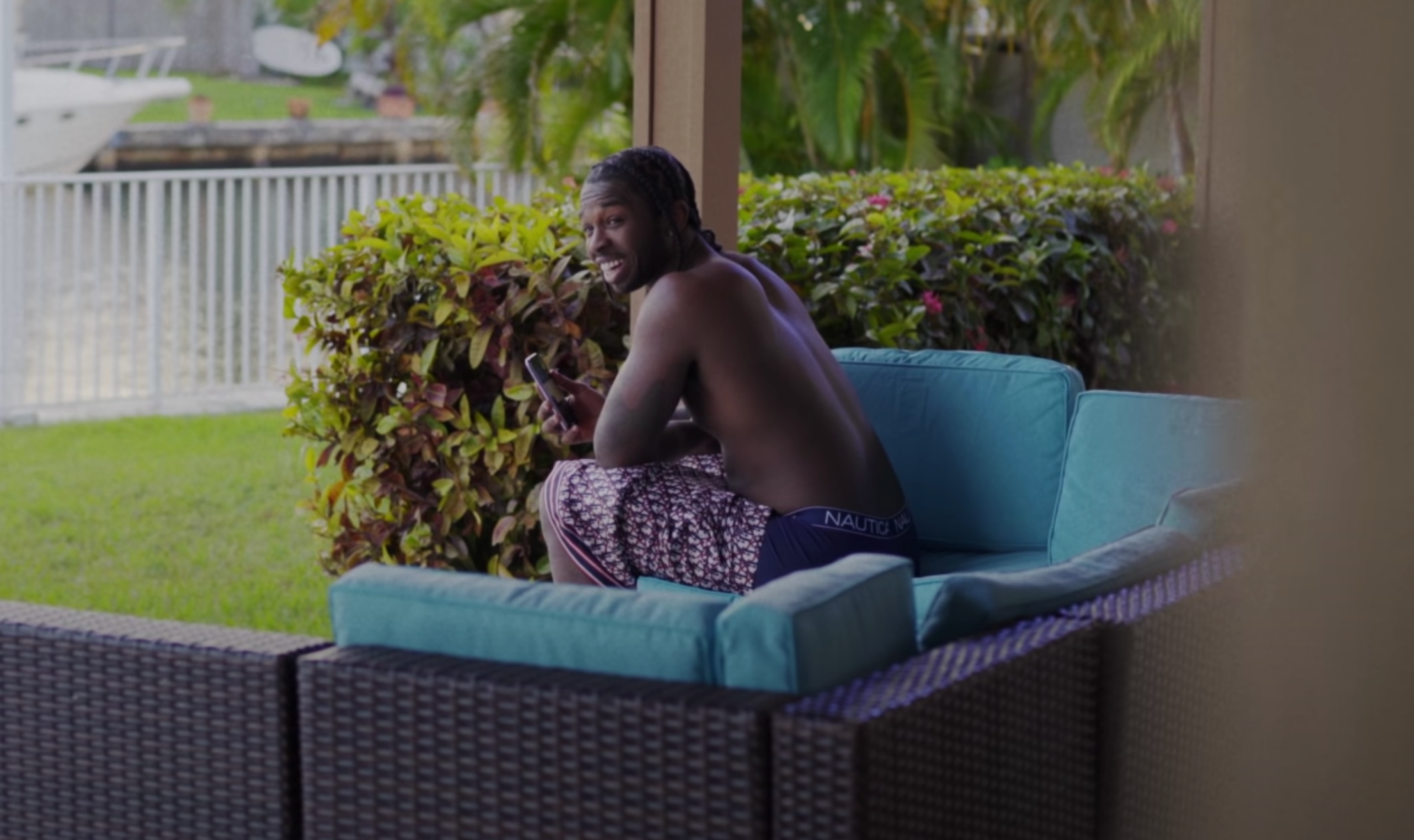 How did you end up on Offset and Young Thug’s “Big Rocks” from Quality Control: Control The Streets Vol. 2?

That was through Wheezy. I had no idea I was on it until the very last minute. I think Offset posted a story and I was like, “Oh shit!” I made that with my boy Fizzle and knew it was going to be special. He laid down this really smooth guitar while I had these reversed synths and these vocals in the background.

How often do you find out last minute that a produced song of yours made it?

Early on, I didn’t really know what was going on. I also didn’t have a lawyer or any good management. Wheezy is a sort of spacey guy, so sometimes he forgets who’s on which sample because he makes so many beats. You know what? It happened last week with D. Smoke’s “Say Go.” They cleared a song and I didn’t know I was on it. It does happen a little often but not as often as it used to.

What is your most memorable studio session?

It was probably those first few times I went over to Crosby [Recording Studio] to work with Wheezy. Thug and them got it locked down and shit. It’s a crazy vibe over there because you never know who could walk in the door or what could happen. It’s always super inspiring to be over there. Gunna has poked his head in the studio I was in over there before. Thug has been there while I was there.

You were one of the seven producers credited on Baby Keem’s “Family Ties.” What did you contribute to the beat?

I did the second melody with Jasper [Harris]. You know how there are horns in the beginning? Right after the horns, it breaks down to this crazy orchestral part. I did that with Jasper. He did a lot of the chords and the flute. I did the vocals and some of the sequencing with the little background sounds. It came together pretty crazy. It was one of the first times we linked up and we were like, “Let’s just knock out as many samples as we can.” I think we made 15 ideas in a two-day span in back-to-back sessions. My homie Jamil Davis, who is CEO at The Revels Group, my management company, asked who I’d want to work with and I told him Cardo. He put us in a text together and Cardo gave me his email. Fast forward to after Jasper and I cooked up all of those samples, I hit Cardo up telling him I sent him a bunch of samples. We didn’t hear anything for a couple of months. One of the samples we sent him was called “Guava Power” and then Cardo hit up Jasper out of nowhere like, “Hold Guava Power with your life. Don’t send it to anybody. I can’t tell you what happened with it, but please don’t send it to anybody.” He took one of those ideas and that’s what became the second part of “Family Ties.” 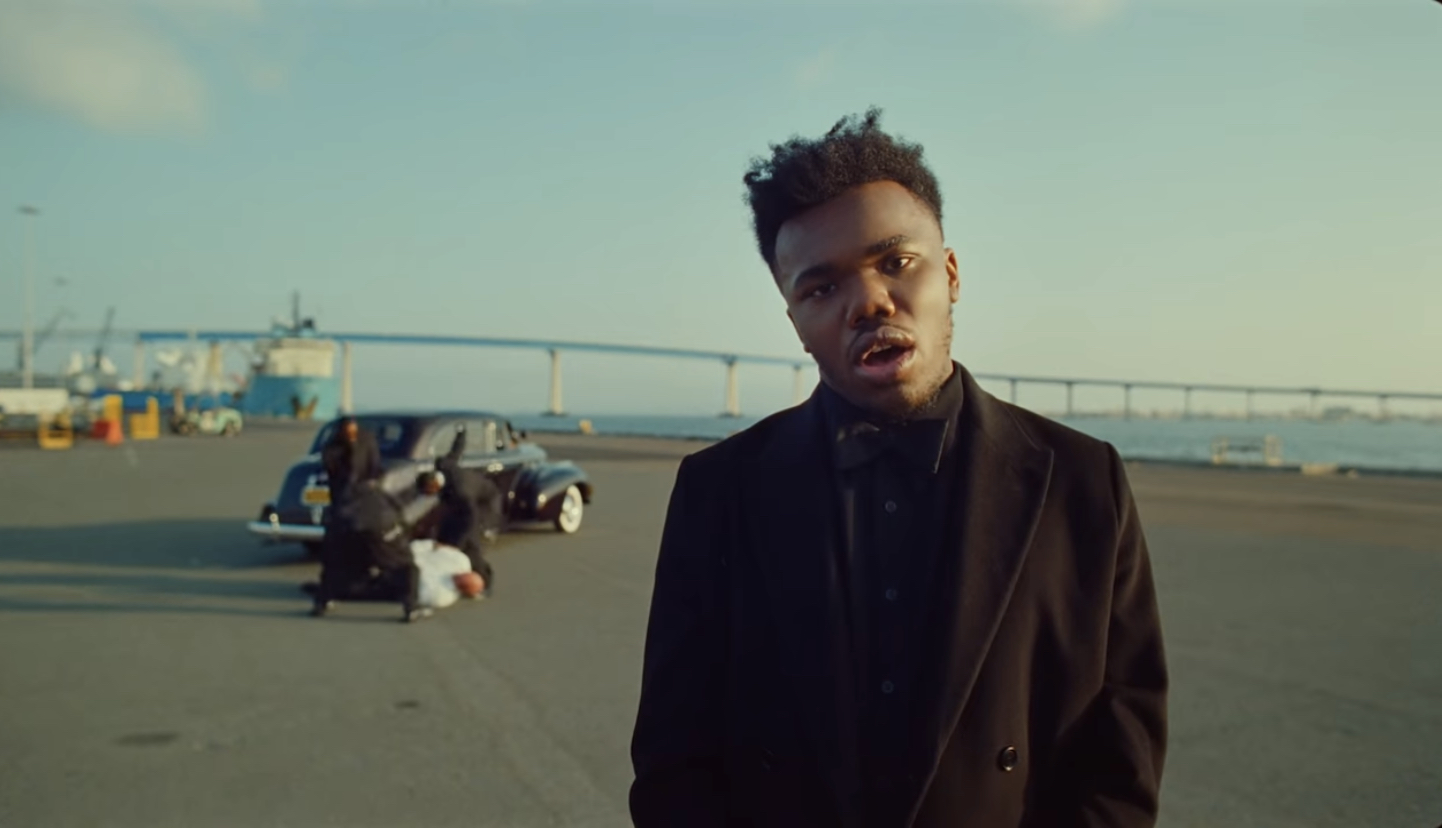 “Family Ties” came out on Aug. 25. When did you and Jasper start making those samples?

We started it April 4. Some time in May or June, Cardo hit Jasper. Then, it was a few months of not hearing anything. Then, in July, he was like, “Get your lawyer information ready, it’s about to go down.” We still had no idea what it was.

Roddy Ricch’s team just asked for the stems for one of the songs we did. So, I’m excited about that. I got this cut with Jack Harlow and Jasper that I’m super geeked about. I’m not sure if it’s coming out. I got a lot of stuff with Thug and Gunna. I have a song with Selena Gomez. I just don’t know if anything is actually happening. You’ll hear about these songs and just hope they drop.