REVOLT caught up with Coi Leray to discuss her music, linking with fellow Jersey native Fetty Wap on “Better Days,” her love for cooking, and more! Read here.

Coi Leray’s time is now. Poised to be one of the “greatest, talented, young black females out here” (in her own words), the New Jersey native is one-of-a-kind. Spreading contagious positive energy at all times, the 23-year-old continues to break down barriers with her music speaking for itself.

As far as her brand, it’s “Everything CoZ!” Anyone who follows Coi knows she’s a creative in all facets of her life. With her father being Benzino, she was destined for greatness since birth.

In 2018, she released her breakout single “Huddy.” While the song’s official music video clocks in at almost five million views, it’s Coi’s ability to turn up and steal a show that fans can appreciate most. Since then, she’s consistently released banger after banger — all leading up to her highly anticipated debut album.

Coi Leray talks upcoming EP and more | ‘The Round Up’ 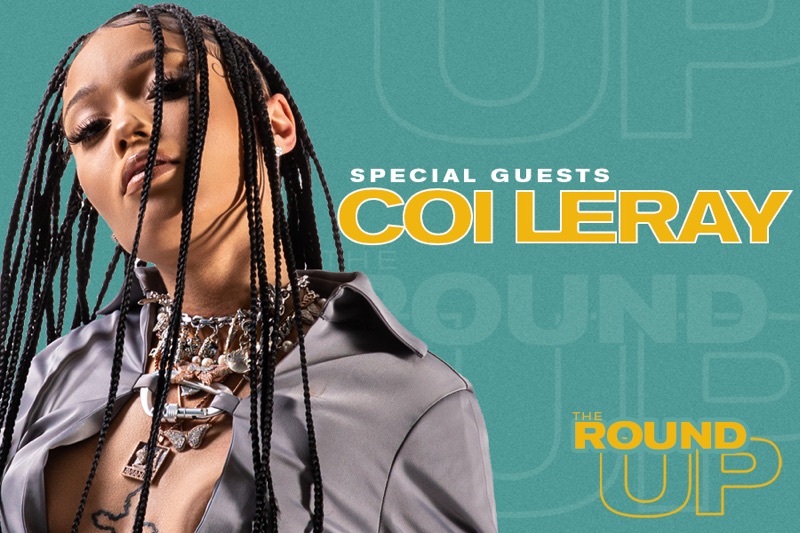 To hold fans over, Coi releases her new EP titled Now Or Never, spearheaded by lead single featuring Gunna. Beyond the music, she’s been having a ball with her own cooking show called “Cooking With Coi Leray” on her Youtube channel. Recently, she was even able to give over 100 meals during the peak of the Black Lives Matter protests for George Floyd and Breonna Taylor.

REVOLT caught up with Coi Leray at the Kandypens house in the Hollywood Hills to discuss her part-time jobs before music, linking with fellow Jersey native Fetty Wap on “Better Days,” naming her EP Now Or Never, her love for cooking, and more! Read below.

What was your day job before the music?

I used to work at A&P Supermarket back home in Jersey, Dunkin’ Donuts, Palermo’s Bakery. I eventually got into sales, that’s where I made the most money. I dropped out of high school. I was super good. I was selling Google listings online. I was making good, good money.

When did you turn to music full-time?

I turned to music full-time when I was living on my own at the age of 17 in Garfield. I was listening to a lot of A Boogie at the time. He used to talk crazy about the females, but was speaking facts. So, I started writing a song and named it “Goofy Ass Ni**as.” I dropped “Fuck Ni**a Prayer” and “G.A.N.” on Soundcloud, [and] dropped the video for it. I started getting love in Jersey. It took off from there.

Did you think “Huddy” would be the one that would take off?

Anything I do, I always put my all into everything, so I expected to really do numbers. Nah I didn’t think “Huddy” was going to, but it did. I’m very appreciative of it.

Love seeing you link with Fetty Wap on “Better Days.” What did that mean for Jersey?

Me and Fetty Wap are putting on for Jersey right now. We collabed on “Better Days” and it’s going crazy. Shout out to Hot 97, they’ve been spinning it every single day on the radio. I was in Jersey, Fetty’s in town. Let’s go ahead and try to make some magic. 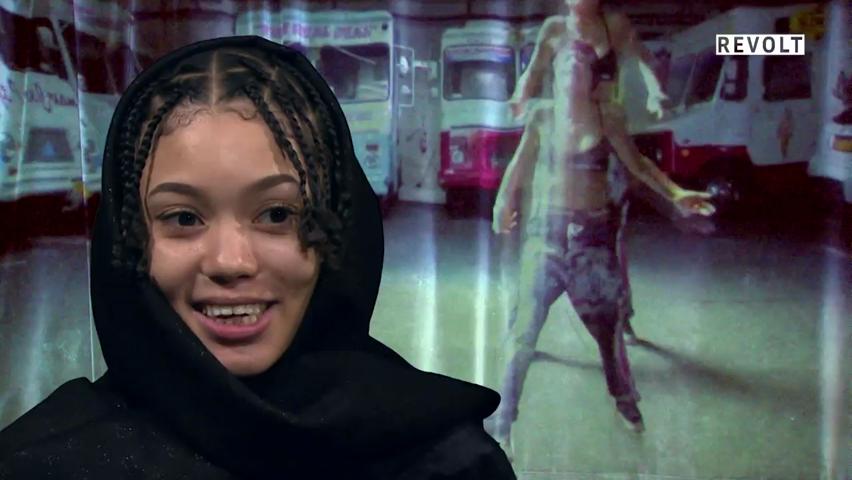 How was linking with Wifisfuneral on “Lost In Time”?

Wifi told me to pull up to the studio in Atlanta; we pulled up. He played me his shit. He wanted me on another song. I said, “Just keep playing” because he started singing. It was a different side, so I wanted to keep hearing more. I heard that song, “Lost In Time.” I said, “Nah, I want to do this one.”

How was the video shoot for you? He said it was the most high-production video shoot he’s done.

The video shoot was amazing. I can’t wait ‘til it comes out, we both look really good. You’re going to see an all-white scene, it’s so dope. I felt like a princess.

Talk about your EP Now Or Never?

You can expect versatility always, great music. You’ll really hear my full potential on this project compared to my last project. That was Baby Coi. Now you’re going to hear like “Alright, I see what’s going on.” It’s going to really open people’s eyes. I’m doing everything.

What’s the significance in the title?

I have a really great label, shout out to Republic Records. As an artist, we’re always eager to drop music. You have to always figure out how to meet them halfway. Sometimes, if they feel like we’ve got to take certain steps to get to the next level to be a superstar, then we’ve got to do that. At the same time though, I’ve still got to be an artist and drop music. It’s either now or never, we’ve got to apply pressure. Not now or never with them, more so either we drop this music now or we’re never going to be able to. F**k around and probably lose our chance. I’m very grateful for all the blessings. I love my label, I love the music, I love my team. We’re striving to be great.

You have an incredibly loyal fanbase.

I have a very loyal fanbase. Not only that, I have a very big support system. I haven’t even dropped a debut album. I’ve got the biggest artists following me — everybody from Drake, Meek Mill, Billie Eilish, Rosalia, Kali Uchis, Meg[an] Thee Stallion... Any influencer you can think of who’s huge, who’s a star, everybody follows me and I get so much support. 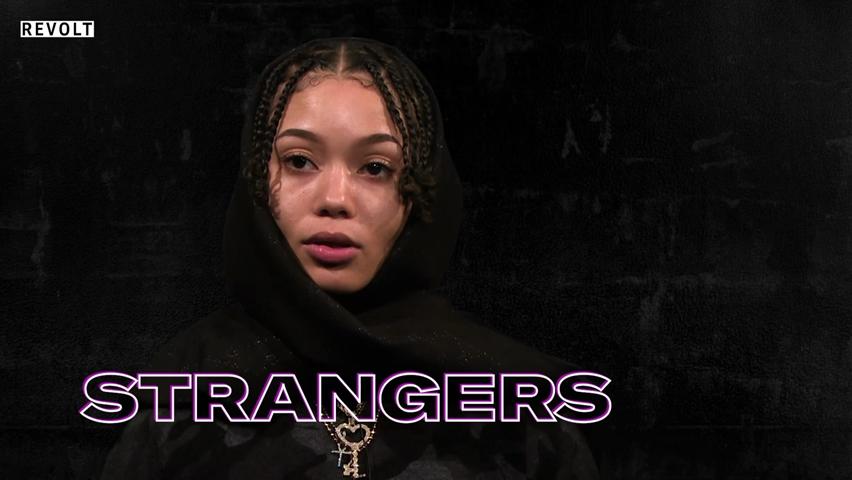 Why is the debut album taking so long?

As an upcoming artist, you’ve got to build. You’ve got to create a story. I’m living my life, taking my time with this s**t because you don’t want to rush anything. I want to make sure that the way I tell my story is exactly how it needs to be. As long as it needs to take, that’s what the f**k it’s going to be. The day that I do tell my story and drop the project, it’s going to fucking go crazy. I’m definitely hitting Billboard charts. I promise you that.

Is there someone you want to collab with who you haven’t yet?

I want to collab with Billie Eilish. It’s hard sometimes. Billie f**ks with me the strong way, but you’ve got to really build that relationship. On top of that, not everything is about a verse or a song. At the end of the day, we’re still human beings. Not everybody’s genuine out here. When the time’s right, it’s going to happen. I want to collab with everybody: Drake, Meg Thee Stallion. You name it.

Did you feel any pressure to rap with Benzino being your father?

Nah, not a lot of people knew. At the end of the day, I’ve been out here grinding. I’ve been doing it myself, so ni**as don’t need to really put that out here. One thing about my father is he’s well-respected in the game. He had a legendary moment with The Source, he started it. I was able to go ahead, take his abilities and apply it to myself. To push forward into everything that I’m going through.

I’d imagine he’s proud of you!

He’s super proud. He’s definitely one of my No. 1 fans for sure.

Being someone with a platform, what does Black Lives Matter mean to you?

It’s really self-explanatory. At the end of the day, throughout everything that’s going on, it’s very important to vote. If I could use my platform, if any of the other influencers could use their platform to motivate others to vote… because life’s about choices. Choose wisely, that’s it. With this pandemic going on, use the time to educate yourself and make the right choice.

How have you been doing in quarantine?

She Got Next: 10 upcoming female artists to watch 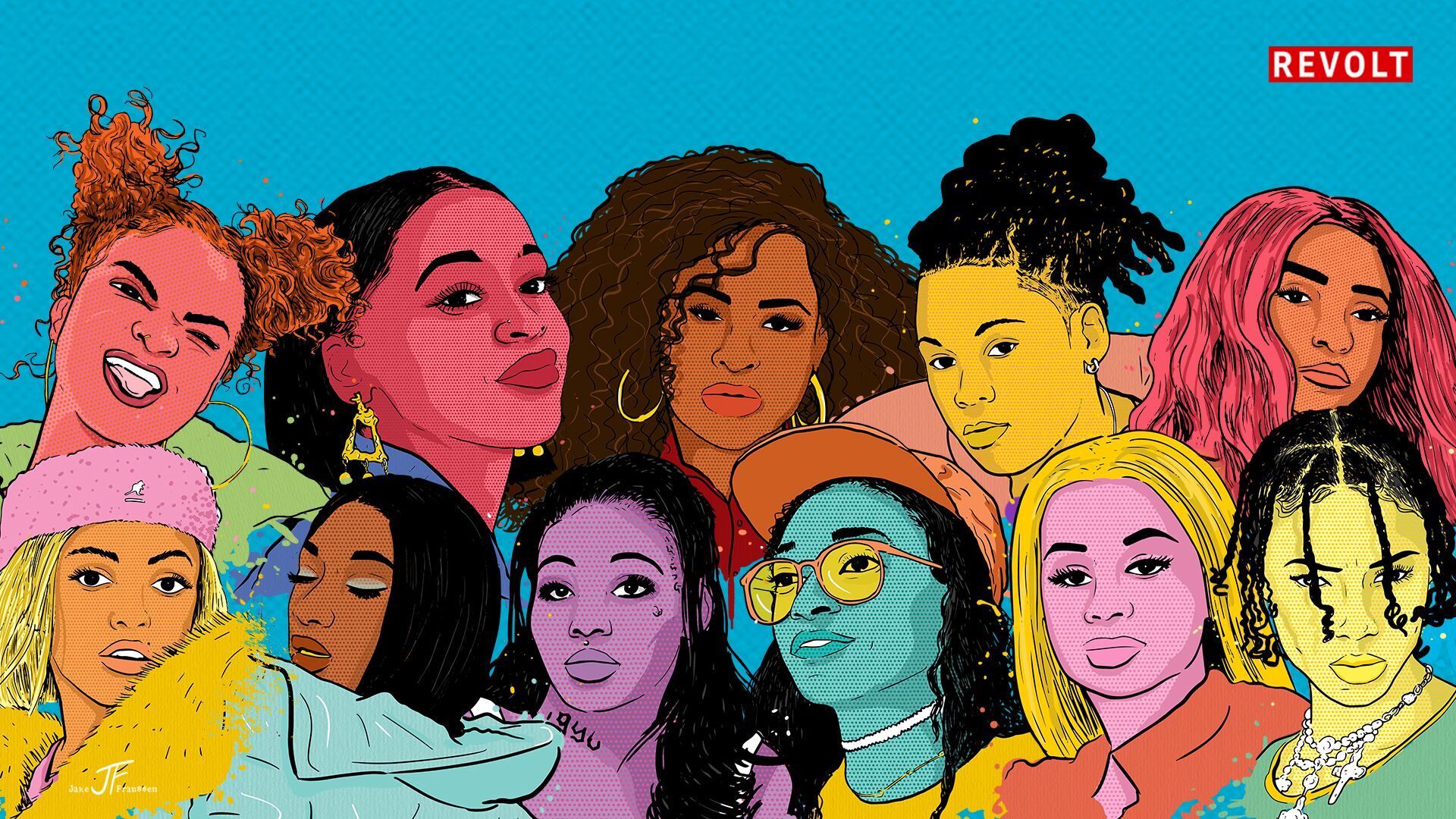 Do you miss the stage?

I love that you have your own cooking show “Cooking With Coi Leray.” Where did this passion stem from?

I’ve always had a passion for cooking. My dad always cooks, my mom could cook her ass off too. My dad’s a very seafood person, he’d always make crazy things. He’s the type to make the cucumber salad, add different types of things. My mom’s from the hood. They’re both from the hood, but my dad’s different. My mom’s making smothered chicken, country fried steak, mashed potatoes with gravy. My dad’s cooking churrasco with purple onions soaked in wine. My dad goes in.

What’s the most fire thing you cooked?

Honestly, ceviche. It’s not really a cooking process, but it’s my favorite thing to make. It’s good as hell. I love seafood.

What did it mean to personally cook over 100 meals to give away during the peak of the Black Lives Matter protests for George Floyd and Breonna Taylor?

I’ve never cooked for more than two people before. This time, I cooked 100 plates, and the food was bomb. I wish I had more. So many people out there, bruh. If I could have 30,000 plates; I would. That’s the sad part. But, at the same time, it felt good to give back.