The governor of Florida is pushing for new legislation that could bring felony charges against protesters. On Monday (Sept. 21), Gov. Ron DeSantis proposed the “Combating Violence, Disorder and Looting and Law Enforcement Protection Act” to impose harsh penalties for those participating in what he called “disorderly assemblies.”

“Recently in our country we have seen attacks on law enforcement; we’ve seen disorder and tumult in many cities,” DeSantis said during a press conference. The proposed law would allow felony charges for protesters who block traffic without a permit, topple over monuments or participate in a demonstration that ends in injury or property destruction. 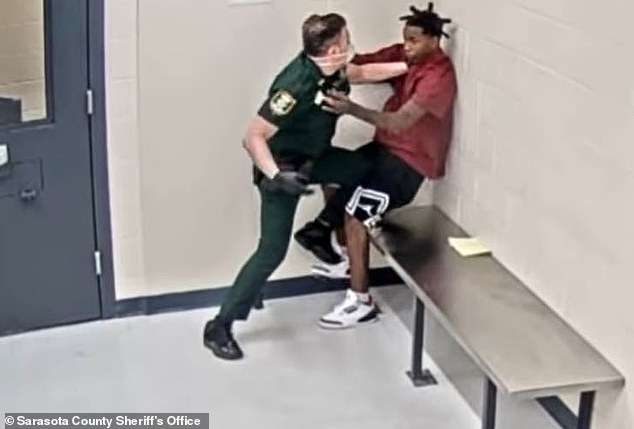 Furthermore, anyone who strikes a law enforcement officer during a protest would face a mandatory minimum six-month jail sentence. Arrested protesters would also be held without bail until at least their first court appearance.

DeSantis, a conservative, said the law would be a “focal point” of Florida’s upcoming legislative session, which doesn’t begin until March 2. Some Democrats have alleged that DeSantis is introducing the proposal early as a ploy to support the re-election bid of Donald Trump — who has made “law and order” a key of his platform.

“The governor is attaching himself to Donald Trump’s propaganda and manufacturing a non-existent law and order crisis in Florida,” Senate Democratic Leader Audrey Gibson said, per WSVN. “It’s political fear-mongering to bolster a president’s re-election bid.”

Others questioned the legality of DeSantis’ proposal, seeing as assembling in protest is a Constitutional right. 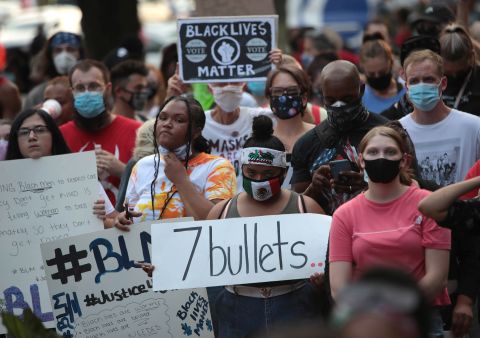 “The right to peaceably assemble is enshrined in the U.S. Constitution,” Co-founder of Tampa for Justice Kelly Benjamin said. “This is an attempt to chill legitimate dissent and somehow equate protests against police killing Black people with criminal activity despite the clear evidence that the protests occurring in Florida are overwhelmingly peaceful.”

Along with the proposed penalties for protesters, DeSantis also threatened municipalities that support defunding police departments. His proposal would reportedly prohibit state funding for any agency that “slashes” law enforcement budgets.