Matriarchs of R&B and Soul Patti LaBelle and Gladys Knight faced off for a Verzuz on Sunday (Sept. 13) evening. Here were the best moments!

Matriarchs of R&B and Soul Patti LaBelle and Gladys Knight faced off for a Verzuz on Sunday (Sept. 13) evening. Hundreds of thousands of fans — dressed in their Sunday’s best — of the living legends tuned into Instagram Live for the “Master class we’ve all been waiting for,” Verzuz’s Twitter announcement read about the fun event.

If the creative cook-off teaser promos weren’t enough to help you pick your fighter, then surely the opener hosted at Philadelphia’s The Fillmore got you in the spirit for the soulful showdown.

The virtual audience included everyone from Former First Lady Michelle Obama, Oprah Winfrey, Tyrese, Swizz Beatz — who was also celebrating his birthday, Timbaland, Queen Latifah, Brandy and so many more. 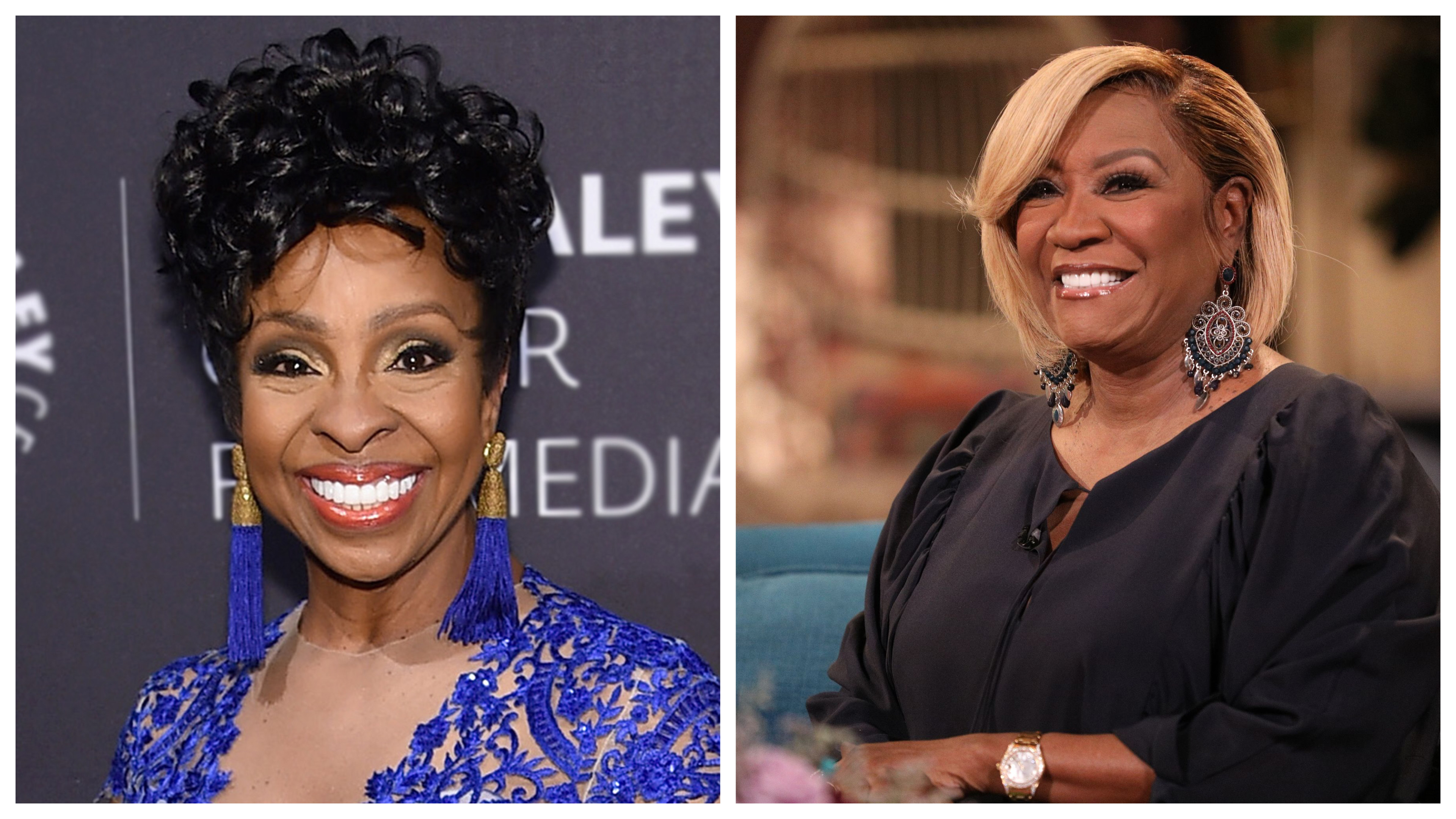 And while there were no Gladys Knight’s Chicken and Waffles or Pattie LaBelle pies, the Ciroc was definitely flowing, which fostered a festive vibe for the viewers and those in the theater.

Check out the best moments from Patti and Gladys’ epic Verzuz showdown below!

Gucci, Louis, Fendi, Prada… auntie Patti pulled out the fine luggage and diamond-encrusted stilettos to show you exactly what a real diva looks like. “Girl I’m stuntin’,” she even said during the IG Live. We love to see it.

I am hollering at this #Verzuz production design. On brand. pic.twitter.com/E80ioB5mVA

2. The legends celebrating 155 years of music between them

Ages 77 and 76, respectively, Gladys and Patti took us down memory lane with meaningful stories about their journeys. From starting groups like the Pips and LaBelle to having children at the same time, the love fest began as soon as the event started.

Patti is 76 Gladys is 77 and they still can sing these song down in their original keys and the children today can last a tour.... #Verzuz pic.twitter.com/9xr3N5qEf5

Glitter and glam was the theme of the evening, and the details were not missed. The chandeliers had nothing on the Glam-ma fashions and mother Patti’s microphone. 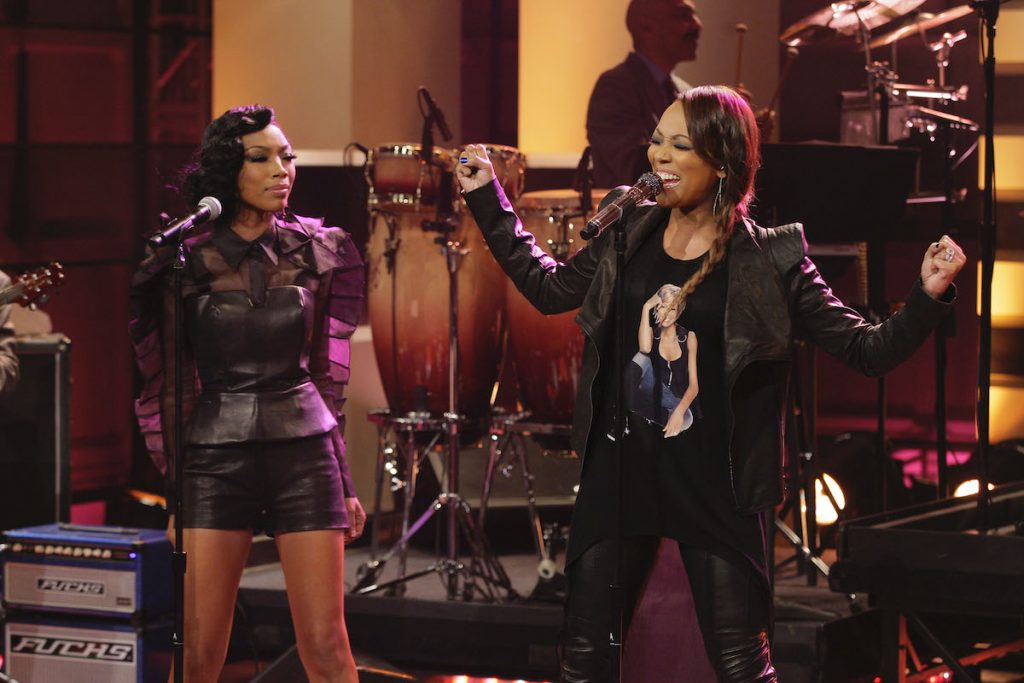 Both artists still slayed with flawless vocals while seated. From the high notes on “Somewhere Over the Rainbow” to “Neither One of Us,” these legends did not disappoint. The technique. The mastery!

“Those little heffers,” Patti playfully bigged up the vocalists Chante Moore and Jennifer Hudson, who looked up to them. Ledisi and Mariah Carey also made honorable mentions as “little ladies.” The icon even said she’s learned from them! Pouring back into those artists who came after them is a lesson we can all learn in how to be legendary and reach back to inspire.

No Patti not calling them heffers as a complement OMG. I guess that’s the aunties version of b*tch today #Verzuz pic.twitter.com/1uXsVQLNlo

6. Gladys revealing she was making her lover a pie on “Midnight Train to Georgia”

The gag is… Miss Gladys was baking pies even back in 1973, apparently. In the banter following her age-old classic “Midnight Train to Georgia,” she mentioned that she was baking a pie for her jilted lover. Sounds like Patti’s got some competition in the pastries department.

Patti LaBelle and Gladys Knight up in here talking about cooking and pies and sitting at their table has always been on my bucket list. This is the next best thing! #Verzuz pic.twitter.com/k8k4qNgljW

7. Oprah Winfrey and Michelle Obama in the virtual front row

In a special intermission, both queens showed love to their VIP viewers including Apple’s CEO Tim Cook, Oprah Winfrey, and the Obamas — our forever first family. When Patti said, “We miss the Obamas,” all Black viewers felt that.

I live Gladys and Patti fanning out over Oprah and First Lady Michelle Obama #Verzuz pic.twitter.com/9PqunTL8Mm 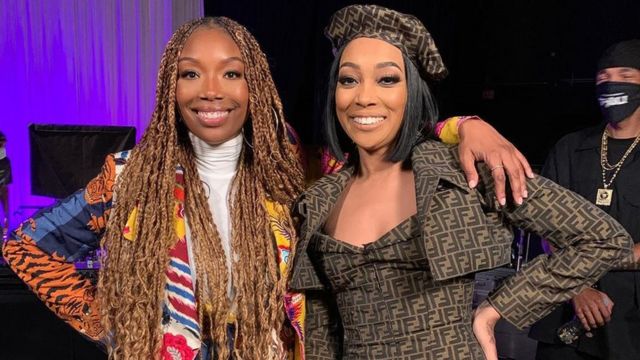 8. The “Seude the Remix God” version of the “ABCs”

In case you don’t recall, Patti made a featured appearance on “Sesame Street” and changed the alphabet forever. Meme culture updated the lullaby and the viral remix mad it’s way to the Verzuz platform in a Patti Medley right between “Feels Like Another One” and “Lady Marmalade.”

Patti did it!!! Not only did she play the ABCs song she played the suede the remix god version. This battle is ova! #Verzuz

“Love Overboard” got Miss Gladys up from her seat and on to the dance floor. Neither her nor Miss LaBelle missed a beat. Let’s not forget Patti cut a rug in her round just before. The two icons give true meaning to the phrase “once a performer always a performer.”

10. Patti’s advocacy of Sex Workers and the LGBTQ Community

Who doesn’t stan an inclusive queen! Both the LGBTQ community and sex workers got a special shout out from auntie Patti tonight, as she played a few of her hits that those groups most identify with and love. “Life I didn’t know I was singing about. She has to make her money too. We sing all about life,” Patti said.

I want a t-shirt with Patti Labelle's face that says "Thank You Gay People"! #Verzuz

As if the star power wasn’t already on one thousand, Dionne Warwick joined the duo for special renditions of “That’s What Friends are For” and 1991’s “Superwoman” remake, which features all three divas. The impromptu three-part harmony was well worth the time spent watching. “This is about friendship, ya’ll,” Warwick said. 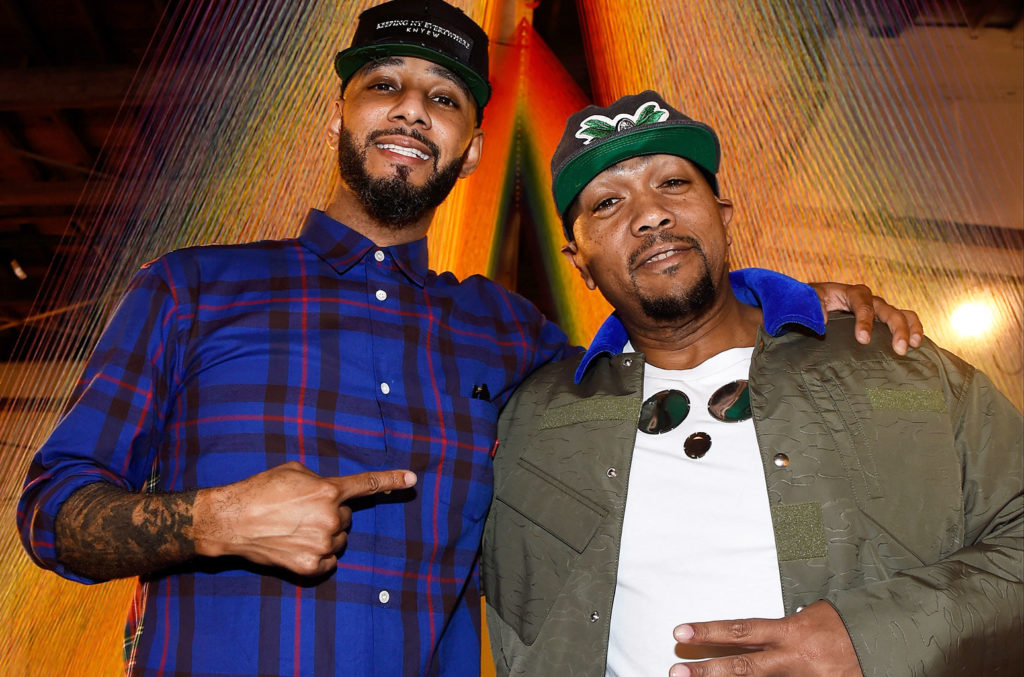 At the end of the event, viewers were encouraged to exercise their right to vote. “We can make a difference by doing that,” Gladys said before reminding us that we “love and need and want you” to rock the vote on Nov 3.

Relive Patti and Gladys’ Verzuz below!