Bronx woman gets $1.25 million settlement from city after cop rips her eye out

The cop reportedly used a handcuff key to gouge her eye out.

A Bronx woman named Johanna Pagan-Alomar suffered the loss of her left eye while being arrested by an NYPD police officer in 2018 and will now be the recipient of a $1.25 million settlement, New York Daily News reports.

The incident began when Pagan-Alomar asked officers why they were handcuffing her friend.

One of the cops, now identified as Theresa Lustica, waved a bag at her and said that the bag contained heroin. Pagan-Alomar then tapped Lustica on her back as her friend was being led to a police car, though the officer claims that she shoved her. As a reaction, Lustica spun around and began delivering punches to her face with a handcuff key in her hand, essentially gouging out her left eye. Now, Pagan-Alomar is left with an acrylic eye because the doctors couldn’t save it.

“When I take it out I feel very bad,” she told New York Daily News. “I’m always going to feel like a monster.”

The department cleared Lustica of any wrongdoing and said that her use of force was “neither excessive nor unnecessary.” However, they were not able to confirm whether or not Lustica used a handcuff key during the scuffle. Charges against Pagan-Alomar, which included assault, harassment and obstruction, were dropped. 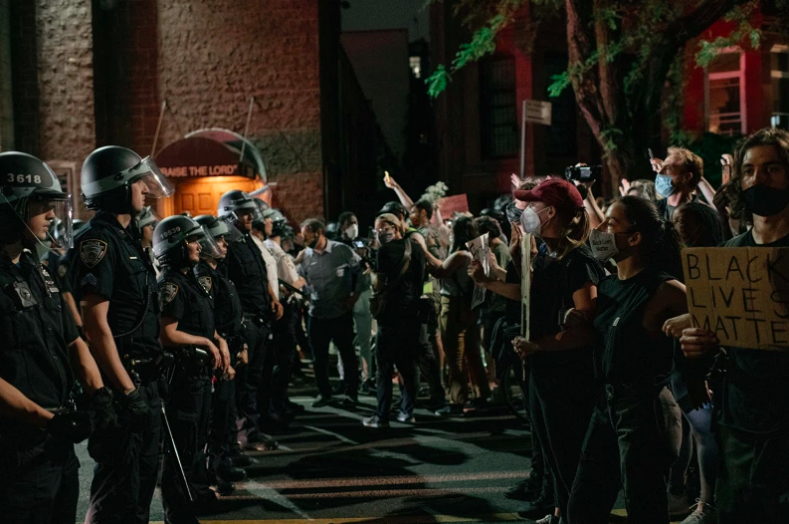 Though Pagan-Alomar is happy for the settlement, according to her lawyer, she “does feel something should have happened to the officer.”

This settlement is just one of three million dollar payouts that the NYPD has agreed to deliver this year. So far, New York has paid out approximately $27 million in settlement money towards 537 misconduct cases against cops in 2020. Last year, the city paid out more than $68 million in settlements in response to over 1,000 lawsuits that included accusations of wrongful arrest and imprisonment, force and malicious prosecution. Payouts the NYPD agreed to settle on over the past five years reportedly total up to $300 million, according to city data.