The Grand Slam champion wants people to never forget the Black lives taken away due to social injustice.

Tennis champ Naomi Osaka won her third Grand Slam title and second US Open title on Saturday (Sept. 12) at New York’s Arthur Ashe Stadium and her Grammy award-winning boyfriend Cordae was there to cheer her on as they both used their respective platforms for social justice.

As Naomi went through the US Open tournament she made sure to bring awareness to the many Black lives lost at the hands of police such as Ahmaud Arbery, Breonna Taylor, Trayvon Martin and countless others, by wearing a protective mask with their names on it. In turn, the families of Martin and Arbery have both recently expressed gratitude towards Osaka for the support. 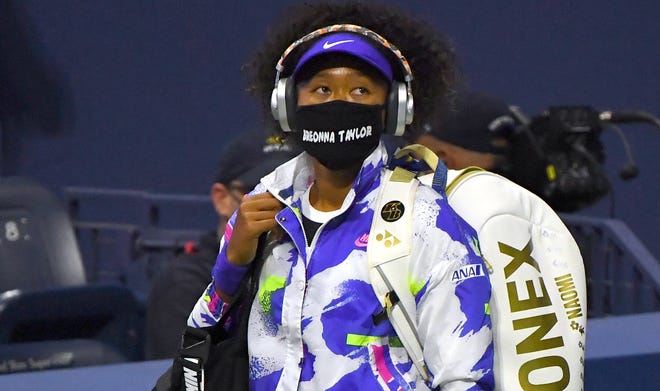 Following suit, Cordae rooted her on from the stands with a shirt that read, “Defund The Police.” He also wore various tees with social justice messages on them as he supported Osaka throughout her entire tourny.

The 22-year-old athlete was also compelled to pull out of Western & Southern Open in New York in August following the police killing of Jacob Blake as a form of protest against the “continued genocide of Black people.

Following her victory against Victoria Azarenka, she was asked what was the message she wanted to send with the seven masks she wore with the names of police brutality victims.

“Well, what was the message that you got was more the question,” Osaka told the reporter. “I feel like the point is to make people start talking.”

Naomi Osaka made statements on and off the court the entire US Open ➡️ https://t.co/1wzVCQvFD3 pic.twitter.com/jiQN99ijwS

After Osaka’s win, Cordae stood right by her side for a photo opp with her trophy in a now-viral moment that shows the rapper trying to figure out how he should pose. Ultimately, he ended up choosing the Birdman hand rub as the most appropriate and gave the middle finger in a personal flick he posted to Twitter.

“Ultra black, unapologetically black,” Cordae tweeted in response to the reactions. “No matter where I’m at. Forever.”

He was about to do a nigga pose and stop himself https://t.co/U0o2FiY2uD

Osaka has been a fearless leader on the road to social justice and has not been afraid to use her power for a greater purpose. The goal for her was to get people talking and it seems that her mission has been accomplished, along with another Grand Slam win.

“I would like to thank my ancestors because everytime I remember their blood runs through my veins I am reminded that I cannot lose,” Osaka said in a tweet the morning after her win.