A counter-protester walked up to approximately 150 demonstrators and began arguing with them.

A skirmish broke out Saturday (Aug. 29) afternoon right outside the Old Capitol Building in downtown Tallahassee during a protest to demand justice for Jacob Blake and ended when a counter-protester reportedly pulled out a gun.

Footage of the incident quickly made rounds on social media and show Tallahassee police officers were nearby directing traffic. Seconds later a woman screamed into the camera, “He has a gun!”

A man is then seen holding a gun at a protester, now identified as Adam Ferguson, who began to kneel on the ground and raise his hands. Nearby cops directed the man holding the gun to get on the ground as they drew their weapons, handcuffed him, took him away then ordered for the crowd to disperse.

Here’s a video of #TrumpViolence in Tallahassee as a psycho enters our protest and hits my GIRLFRIEND - he gets the hands put to him and pulls a gun like he didn’t expect it. Arm yourselves. Tallahassee too strong for that. #BlackLivesMatter pic.twitter.com/D7I6Am8ViT

According to Ferguson, the argument began after the man punched his girlfriend in an attempt to punch another person. The gun-toting counter-protester initially walked up to a crowd of roughly 150 protesters and began arguing with them.

“It was all just 60 seconds but it felt much longer,” Ferguson told the Tallahassee Democrat. “I don’t know why he would bring violence to a peaceful protest, when he pulled the gun out it all went rank.”

As of recent, there has been an uptick of reported gun intimidation and violence during protests. 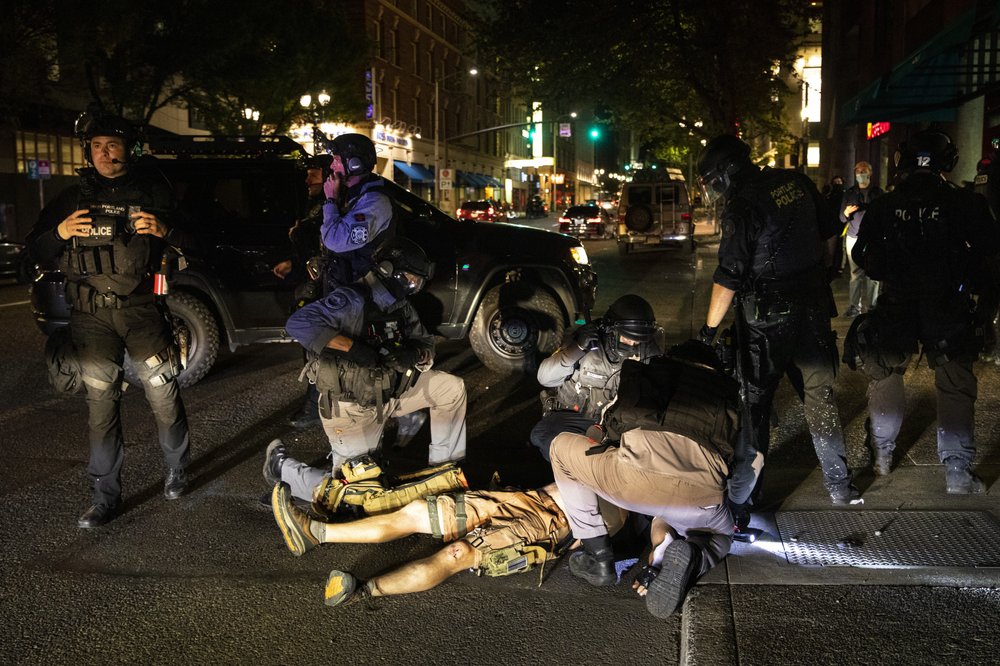 Kenosha and cities all across the nation have become continued places of protests as people take to the streets in the fight for the justice of Blake, a 29-year-old unarmed black man who was shot in the back seven times by a police officer, and the increasing amount Black lives lost at the hands of police such as George Floyd and Breonna Taylor.