Woman accused of shooting officer thought he was an intruder

According to audio from a 9-1-1 call, Diamond Fords asked the dispatcher to “send somebody” because “someone is shooting.”

A Florida woman in police custody for shooting a police officer maintains her innocence, claiming she thought the cops were intruders.

Back in September, Diamonds Ford and her fiancé, Anthony Gantt, were in their home sleeping when they heard the sound of a glass breaking. Ford quickly reacted in self-defense, shooting through the window and striking an officer who was reportedly executing “a DEA search warrant based on narcotics activity” at the residence. It was then that the cop — who was protected by his bullet-proof vest — identified himself as as law enforcement.

Ford and Gantt were arrested and charged with possession of marijuana with intent to sell and attempted murder, but Ford says there is evidence that can prove she was acting in accordance with Florida’s “Stand Your Ground” laws.

According to Ford’s attorney Stephen Kelly, she called 9-1-1 after firing the shot and asked the dispatcher to “send somebody” because “someone is shooting.” Moments later, she realized members from the Jacksonville Sheriff’s Office were the ones attempting to enter her home. “She had no idea it was law enforcement in her home. Once they made their announcement she complied,” Kelly said, per News 4 JAX.

Despite presenting the audio in a recent bond hearing for Ford, their bond was not reduced. 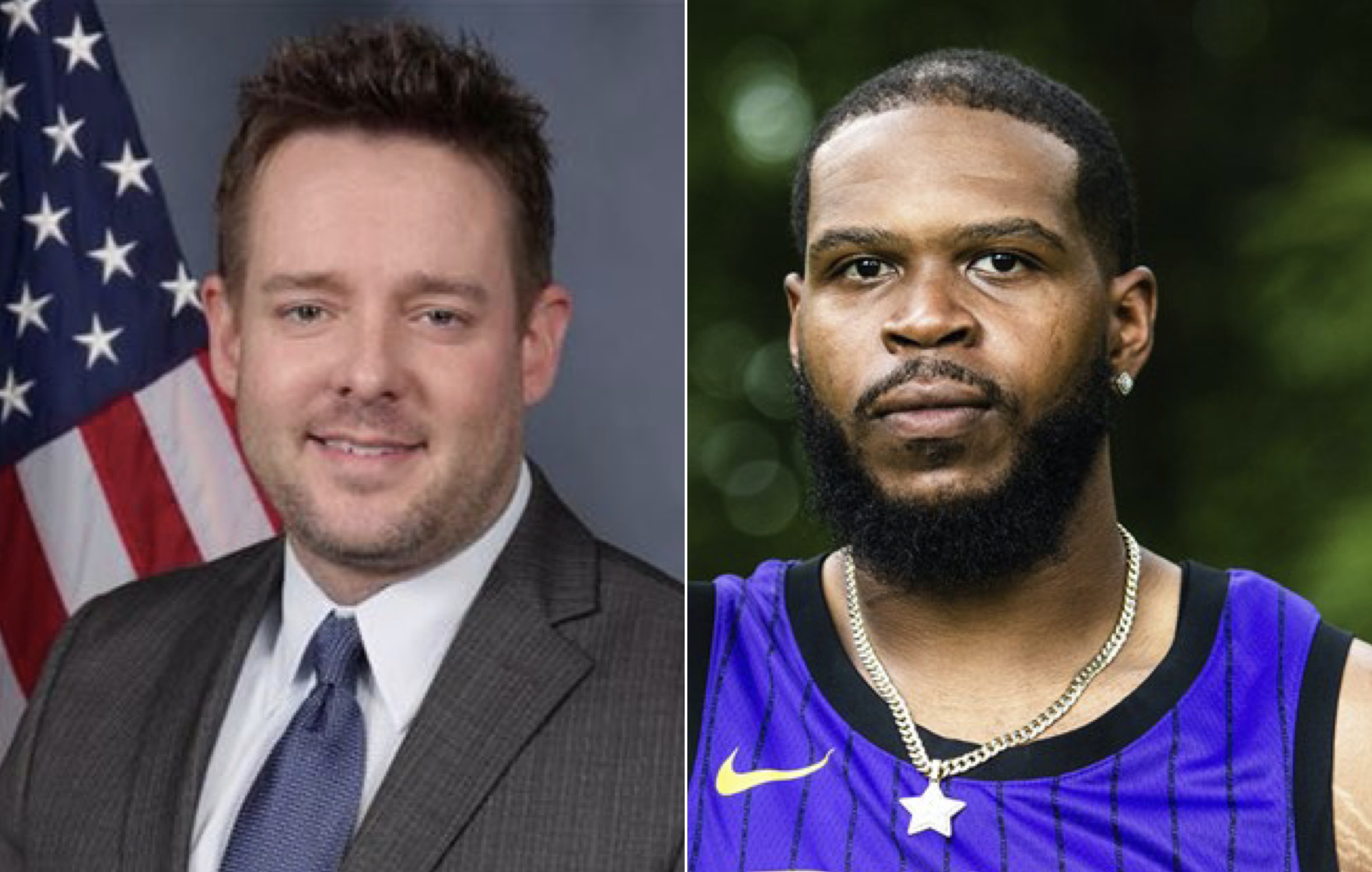 Ford’s story has since gained the attention on civil rights lawyer Benjamin Crump and T.I.

In a post regarding the occurrence, Crump highlighted the case’s similarities to the Breonna Taylor incident, where her boyfriend, Kenneth Walker, mistook officers for intruders. The cops — who he claimed hadn’t identified themselves — were also executing a search warrant.

“Diamonds Ford feared for her life!! This sadly reminds me of the night police killed Breonna Taylor in her home,” Crump tweeted. “Cops stormed into Diamonds’ home BEFORE they announced themselves, and she fired in self-defense!! “

Diamonds Ford feared for her life!! This sadly reminds me of the night police killed Breonna Taylor in her home. Cops stormed into Diamonds’ home BEFORE they announced themselves, and she fired in self-defense!! #FreeDiamondsFord pic.twitter.com/pcp7St7pAT

Ford and Gantt currently remain in a Duval County jail where they are awaiting trial.