Raj Smoove is a New Orleans hip hop legend that has helped shaped the early Cash Money Records sound. His work on Tha Carter, Wayne’s early Squad Up mixtapes, and the memorable Lil Weezyana project changed the trajectory of one of the best rappers of all time.

“This was early mixtape era when Wayne was just trying to rap on some beats that weren’t Manny Fresh beats and talk about things that weren’t necessarily part of the Cash Money sound,” Smoove explained to REVOLT. “They had their own vibe; everything was bling bling. But, Wayne went off on his lyrical side of things.”

In this installment, Smoove speaks on recording Lil Wayne, watching Mannie Fresh make Juvenile classics from scratch, and his affect on the early Cash Money Records sound. Read below.

On your recent Red Bull Fireside Chat, you spoke on the evolution of the hip hop sound in New Orleans. How did Cash Money reflect that evolution?

We have competing genres of hip hop in the city. Bounce music, with its roots in hip hop, went off on its own tangent as opposed to the actual rap in hip hop. Cash Money started off early on with bounce artists, but as they evolved and started putting out artists, they decided to go the rap route. As far as actual rap in the city, Cash Money and No Limit were the two big teams in the market. So, by the time I started working with Lil Wayne, you had a bunch of things in flux. This was early mixtape era when Wayne was just trying to rap on some beats that weren’t Manny Fresh beats and talk about things that weren’t necessarily part of the Cash Money sound. They had their own vibe; everything was bling bling. But, Wayne went off on his lyrical side of things. When I started working with Wayne, the first two beats for him had one where I sampled Tony! Toni! Toné! (“Whatever You Want”) because it had that part where they go, “Just as sure as my name is Dwayne.” And we used that part as the hook. I also sampled the Lenny Williams record (“Cause I Love You”) where he goes, “Oh, oh, oh, oh, oh ohhhh!” That song was Wayne basically spazzing out and talking some wild shit on there. That was 2001, three years before my placements on Tha Carter. I had another record I did with him that was all video game sounds from “Defender” to “Pac-Man” and stuff like that.

You also spoke about the early 2000s with Lil Wayne, specifically him rapping “10,000 Bars” songs. How did that 30-plus minute song come to be?

So, after we did the “Cash Money/Ruff Ryders Tour,” Wayne found out I had a studio and he had an inkling that he wanted to just rap. Looking back at it, that was him getting rid of the old Wayne and the notebooks into off of the top of the dome, writing everything in his mind Wayne. He asked me if I had instrumentals I could put together for him. At the time, I was in radio as well and I would get stacks of vinyl — 12 singles — sent to my house of all the newest stuff. Before he came, I got a bunch of instrumentals and dropped them on the ADAT. This is before Pro Tools. He came through, went in with his booth with his notebook, and was jus dropping them.

Did Wayne rap for 35 minutes straight?

Pretty much. There were times when he was looking for another rap. He wasn’t counting any bars. He was just burning through all of the raps he had left in his notebook. After that, it was the end of the notebook. 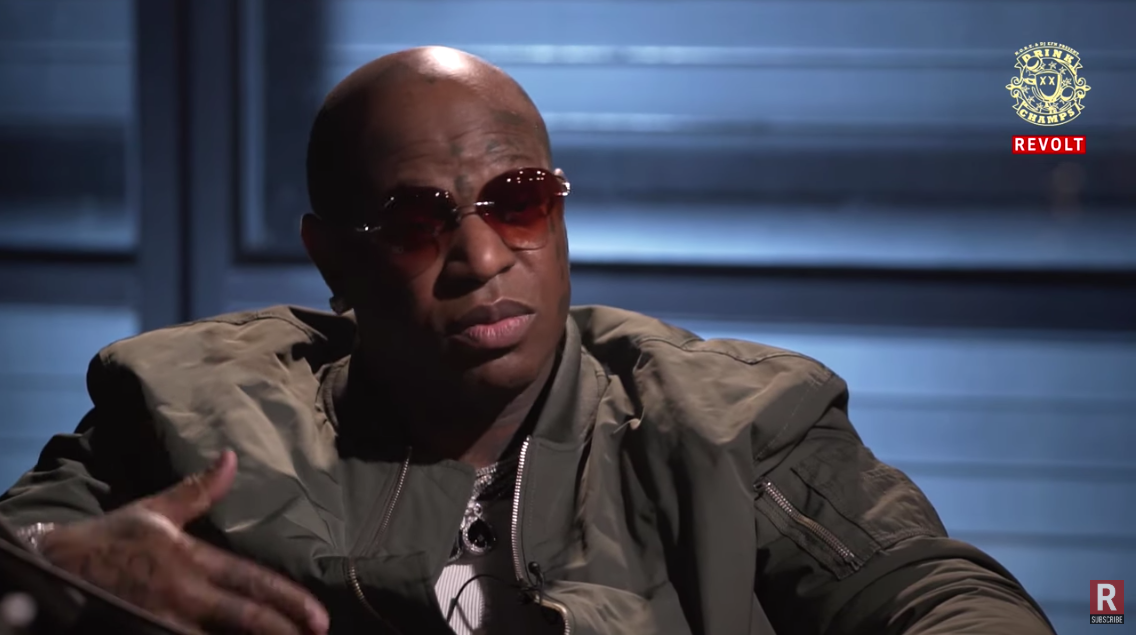 For a lot of people, Tha Carter was when Lil Wayne’s lyrical side really showed. How were those songs put together?

“Heat” and “Who Wanna” was all done during the Squad Up era. “I Miss My Dawgz,” as well. He would call me with an idea, and then I’d make a beat around it. One of my favorite songs was called “When I Land” [from The Carter Files mixtape], which we got the idea from the JAY-Z record where he was rapping about the different cities he had his girls in. I found this old Smokey Robinson record about traveling through the north, east, south, and the west. I chopped it up and it almost made Tha Carter, but Baby and them didn’t want to pay for the sample clearance because they were asking for $25,000. Mannie Fresh was like, “That record jamming,” but they weren’t trying to hear that.

What was the studio you recorded Wayne?

When I graduated from high school, my father was like, “We need to look into getting you a car.” I told him, “I don’t need a car. I need an ASR-10 and a four-track.” So, I got me a Mackie 32.8 bus board and some other equipment because my whole drive was to keep elevating my game. That allowed me to work with Wayne because if I didn’t have my own studio, Wayne wouldn’t have came by me. He might’ve came by somebody else and I may have never been in the picture. The upstairs of the house I grew up in had two rooms: my bedroom and the studio. Wayne would come over with the Escalade or the Bentley parked outside. Little kids would come and ask, “Yo, is Wayne there?” We’d have to run them off (laughs).

When the spinners were first coming out and he had them on the whip, one day my neighbor was outside raking his lawn and asked, “Are those wheels still moving?” I was like, “Yeah. It’s just the rim.” It was in the middle of Gentilly [Terrace]. It was the hot spot. My dad was [a] jazz musician and would have parties at the house where Allen Toussaint was there, Ellis Marsalis was there. Terence Blanchard would be there, as well. My dad said I would break out the oatmeal boxes and play drums with Terrence Blanchard. That house has a lot of history of New Orleans music, period. I’ve had Mannie Fresh and Cash Money there, C-Murder has been there, Mac from No Limit recorded a lot of World War III there, I’ve had Solange and Moe Def there. 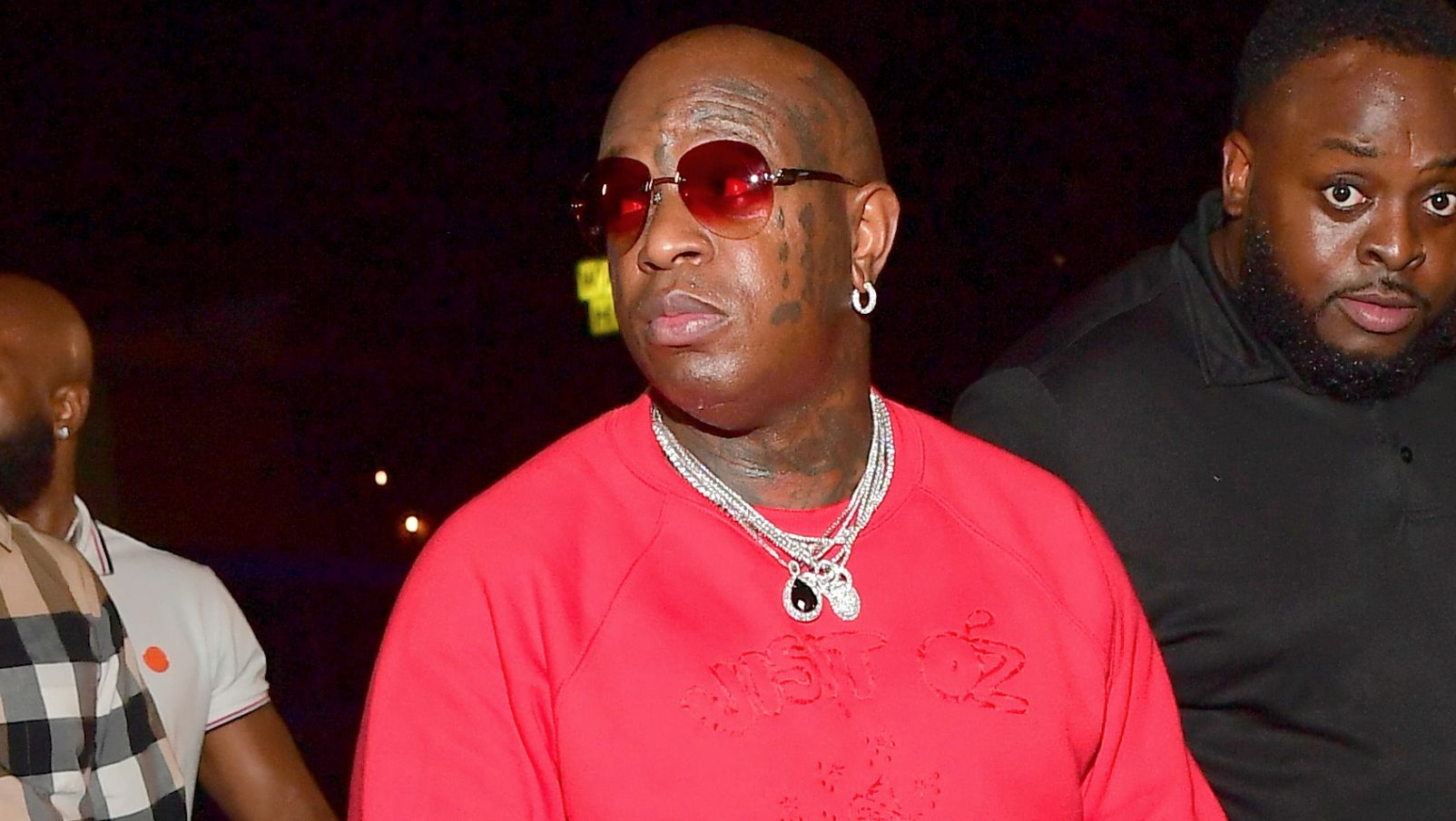 @rajsmoove got Stevie Wonder to sing "Sign Sealed Delivered" over a bounce beat GET @bigfreedia ON THE LINE NOW! #iconic

You were recording Cash Money artists at your house. What did they need in the studio to make their music?

Mine was a little more of a restrained environment because my dad was still living there while we were recording, so they weren’t about to come in there with no craziness (laughs). Weed was typical for not just Cash Money, but all rappers. I don’t smoke because I have bad allergies and sinuses, so ain’t no smoking at my studio. If you want to do that, you can go outside or in the backyard. So, that does prevent me from taking certain sessions.

The biggest thing was the feeling of camaraderie because everyone would come and hangout to have a good time whether it was playing video games, shooting dice or playing pool. If you get rid of all of the alcohol and the weed, which some call the “rapper essentials,” it really boils down to you being with your friends... When Wayne was coming to the studio through all the Squad Up issues, the Squad were his friends from day one. Those were the dudes who, when we were on tour, were his entourage before they were even rapping. He was trying to put his people on and share his experience.

What is Mannie Fresh’s creative process?

Fresh can be anywhere and bang out a hit. It’s interesting watching Fresh deejay because the same way he grooves when he deejays is the same way he does stuff...in the studio. He has a specific bop, his foot gets to tapping. Fresh had been doing stuff since the mid ‘80s. He came from the old school Mantronix era. It was a whole different way you had to think about making a beat back then, which he carries forward even to this day. 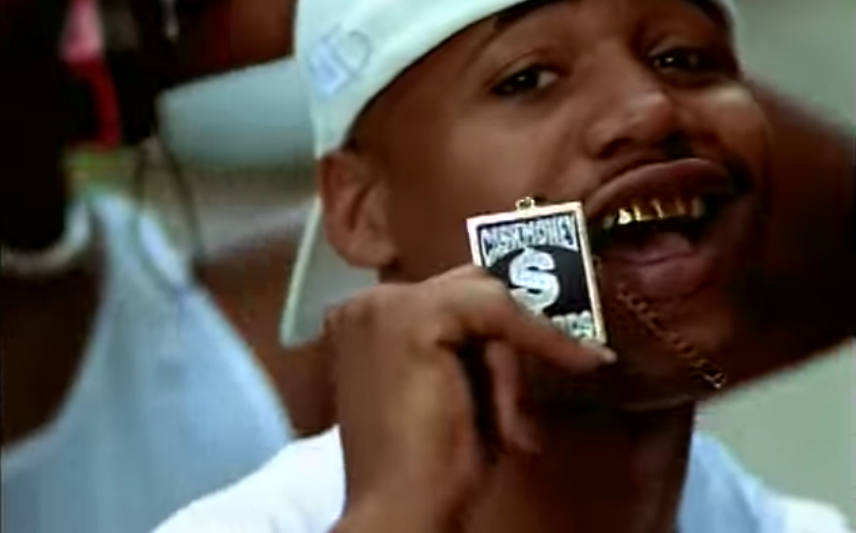 What was your most memorable studio session?

There was a studio in New Orleans called The Egyptian Room and it was some of my first experience with Fresh in the studio. He was working on Juvenile’s “Follow Me Now” from 400 Degreez. I was there working with him when he was working on that and a few songs that ended up on G-Code. I was watching Fresh tweak that SP-1200 with the pitch shift and the sampling. Bear played something on the keys and Fresh sampled it. Then, he was playing it on the slider with pitch and it blew my mind. He would program something, run it, Bear would play on the keys and the record was done, and they were on to the next one. That was the same session where I was walking out and Juvenile was rapping “You Understand” to me and I was like, “This dude crazy.” That session was the first time I was in the room with the big SSL-4000 console.