Officers claim Ronald Greene died when his car crashed at the end of a pursuit.

Audio has leaked of a Lousiana officer detailing his assault of a Black man who authorities claimed died as a result of a car crash.

On May 10, troopers tried to pull Ronald Greene over for a traffic violation, but he kept driving, prompting a vehicle chase. Officers said Greene, who was not wearing a seatbelt, drove off the road, into ditch and then into a mailbox before his car “struck a shrub/tree next to a private drive.”

He was not responsive when EMS arrived and reportedly died en route to the hospital.

“We were told that he died in a high-speed chase of head injuries after crashing into a tree,” Greene’s mother, Mona Hardin, told the Associated Press. “There was no major damage to the car.” 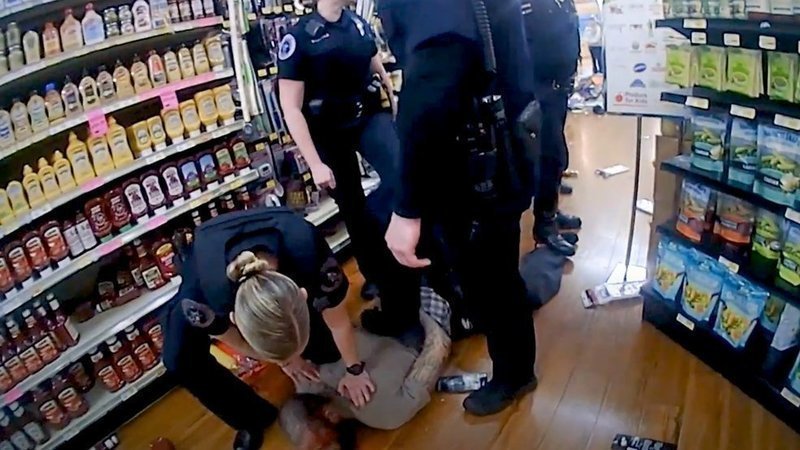 After examining Greene’s body and the minor damage to the vehicle, his family filed a federal wrongful death lawsuit that alleges Greene was “brutalized,” shocked three times with a stun gun and left “beaten, bloodied and in cardiac arrest.” Now, AP has obtained audio of an officer at the scene that may help support their belief that Greene didn’t actually die in a car accident.

In the 27-second clip, Master Trooper Chris Hollingsworth admitted to “beating the ever living fuck” out of Greene. “Choked him and everything else trying to get him under control. We finally got him in handcuffs when a third man got there, and the son of a bitch was still fighting him, was still wrestling with him trying to hold him down,” he recalled. “He was spitting blood everywhere, and all of a sudden, he just went limp.”

According to the Union Parish coroner, Greene’s cause of death is cardiac arrest. His death was ruled accidental and is now under federal investigation.

As for Hollingsworth, he was placed on administrative leave last month after an investigation into the incident began and was recently fired. He died last week in a car crash moments after he learned he was being terminated.

No charges have been made against the responding troopers, and it is not yet clear whether Hollingsworth violated use-of-force policies.