The last installment of REVOLT Summit x AT&T’s “Summit Saturdays” went out with a bang, as we gear up for the highly anticipated main event on Oct. 23 - Oct. 25.

We’re less than a week away from the 2020 REVOLT Summit x AT&T! So, the weekly weekend event “Summit Saturdays” returned for its last segment, and it was a good one. Host Rodney Rikai chatted with Def Jam SVP Natina Nimene and public relations expert Kanessa about finding your superpower to succeed in the industry and how to pitch your brand on a budget.

Recording artist Rico Nasty, and sound executives Vanessa Satten and Albert Cook dropped gems on how to stand out from the competition in a workshop titled “Top of Class.” Meanwhile, Justine Skye and Devi Brown showed viewers how to live their lives to its fullest in a “Living on Purpose” masterclass.

The “Be Heard” music competition returned for its final round. And lastly, “The World is Yours” series wrapped up the journey of four trailblazers with some helpful tips for the creatives of tomorrow. 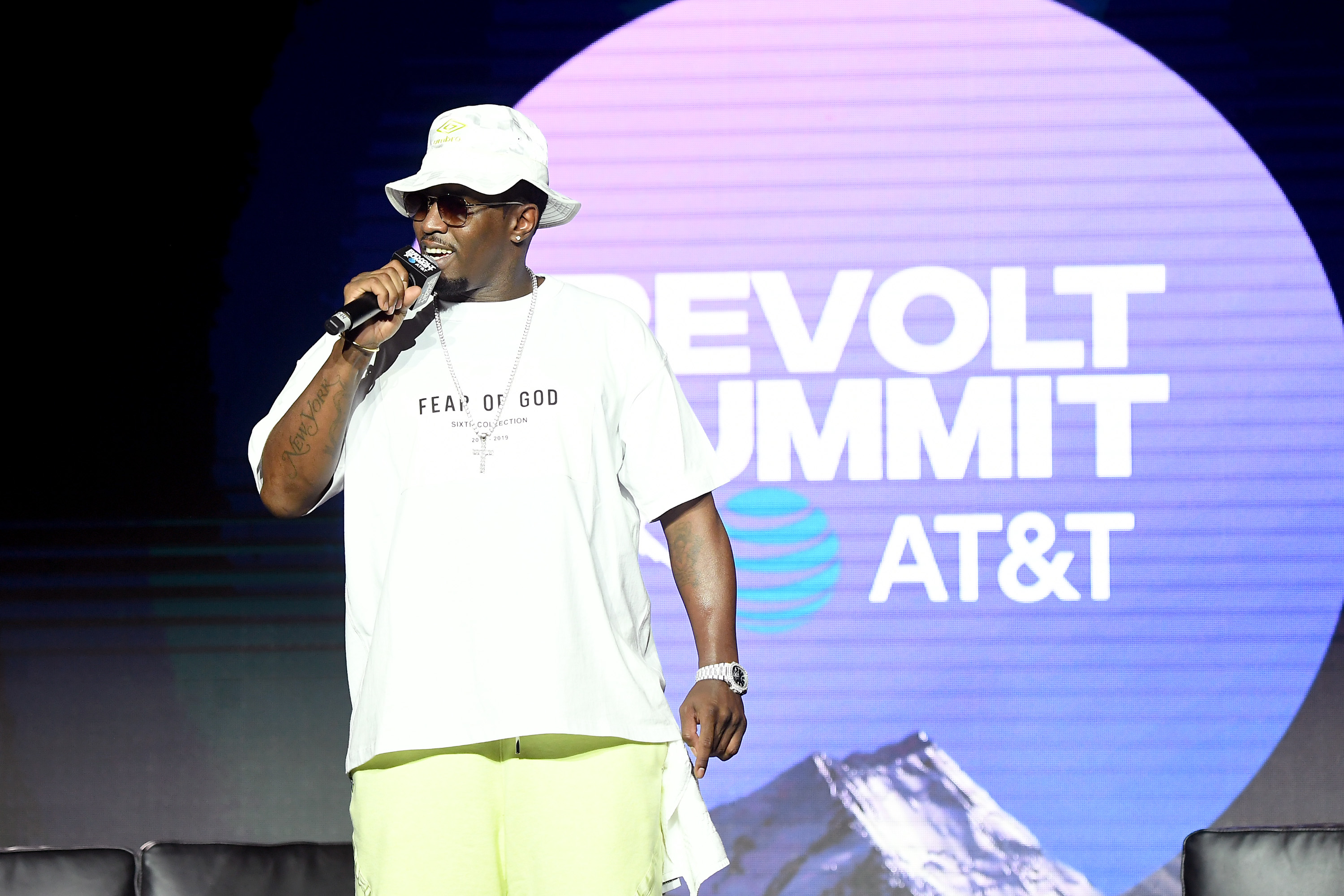 Rodney served up the last round of “Executive Chats” featuring an enlightening conversation with two of the music industry’s shinning stars, Senior Vice President of Urban Promotions and Artist Relations at Def Jam Natina Nimene, and TS Collective’s co-founder Kanessa.

Up first, Natina spoke on having structure when it comes to your career path. The music executive revealed that she set goals for herself on where and when she wanted to accomplish specific tasks early on in her journey. She also explained that while that could sometimes add on extra pressure, it’s also beneficial to have some sort of pre-planned path. “I advise people to have a vision, and I advise people to set a goal; putting pen to paper is key. Not writing it in your phone,” Natina explained. She added, “I was very clear about what I wanted my life to be and what I wanted it to look in my professional life for sure. I’m very clear on what it is, and I push that, but pen to paper. I always advise young people to do [that].”

The Ohio native also touched on finding your “superpower” in your field. As the lead liaison for some of Def Jam core artists, the businesswoman said she found out early on that her superpower was in artist relation given her unique way of approaching and talking to people, artists especially.

“I remember early on [Michael] Kaiser, who is the president of Black music at Atlantic, told me you have a superpower. I was interacting with T.I. one day, and he didn’t want to do something, and I was able to get him to do it, and then he sees me doing that with another person. He told me then, artist relations is your superpower, and when you can move artists, you can move a building, and you can move the business,” Natina said. 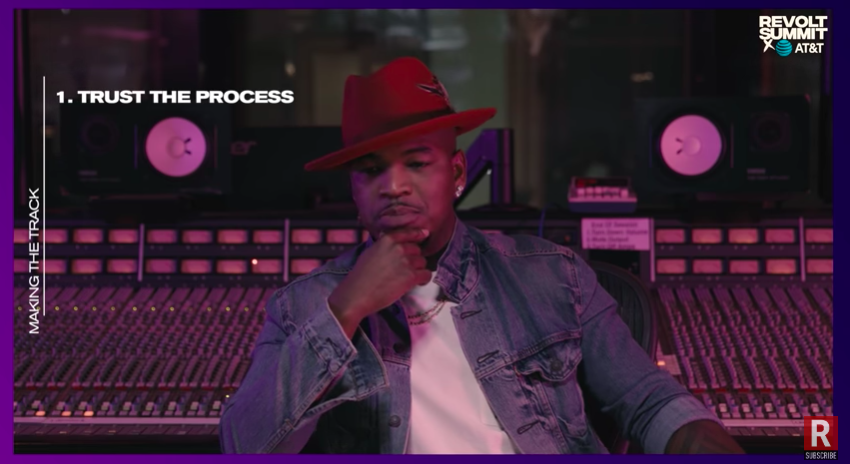 Meanwhile, Kanessa answered fan questions and dropped gems on how to get a footing into the public relations world. Concerning getting your brand recognized while sticking to a budget, the PR maverick said, “The best way and the simple way, I always tell my interns this and everything is so accessible right now, look at the people who are writing articles.” She added, “Whether it be Hypebeast or Complex, look up their names and search the sh-t out of them. They’re so available. You can get their emails off Twitter. Some of them will have their emails attached to their Instagrams. Believe it or not, I still do it, especially when I want to get to know some of the reporters abroad. And I stalk them and I dm them and I’m a publicist.” Kanessa said to “always do your homework” and compliment the writer on their articles about other brands, while also introducing your personal brand and pitch.

Next up were Rico Nasty, Vanessa and Albert in their “Top of the Class” workshop. As the head of artist relations at Soundcloud, Albert said for him, he’s looking for an artist who has a fresh new sound, is charismatic, and can sell themselves. A person must also show the capability to work, whether it be making sure your contacts are up to date, professionally presenting your art, and consistency. It’s not only about always being active, but the constant output of art also gives fans something they could always go back to, and it shows progression in an artists’ discography.

XXL’s editor-in-chief, Vanessa, and one of the many people behind creating the Freshman Class list, said that personality plays a huge role in looking for candidates for the freshmen class. Vanessa said her team also looks at your track record, your management, what you display at your shows, and much more to determine whether an artist has potential to be a superstar.

On a calmer note, Justine and Devi gave tips on being your best self in the “Living on Purpose” workshop. In this segment, the women discussed several challenges including how to stay encouraged while confronting adversities. Justine revealed that one way she does this is to surround herself with the right people, which the songstress admitted isn’t always the easiest, especially in the entertainment business. “Obviously, as human beings, we tend to have self-doubt. I don’t think there’s anyone in this world that’s 1 million percent confident all of the time. So, I really just had to have a conversation with myself,” she said. 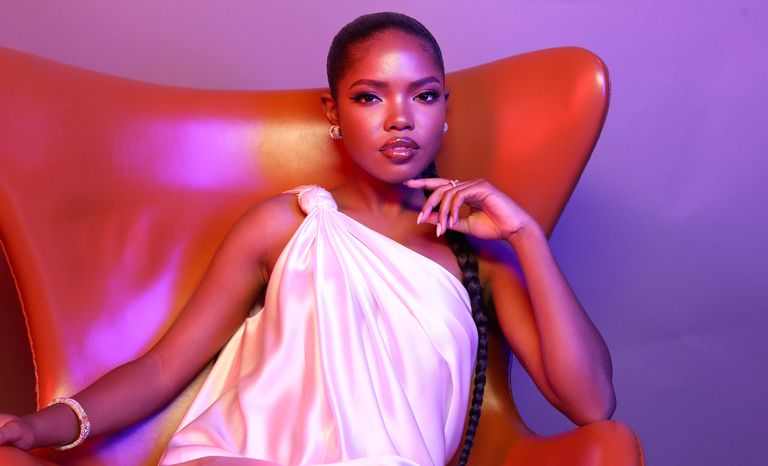 “I’m 25 now. I’ve professionally [been] in this industry since I was 17. So, I’ve seen a lot. I know that’s there’s so much more that I have to experience, and strangely I wouldn’t have it any other way ‘cause now I’m ready more than ever, but I had to really be sure with who I was before I could even reach this point that I’m [at] today. Surrounding myself with people who believe in me and are as passionate about the things that I am passionate about,” she continued. The star also opened up getting in tune with her faith, an element she said helped her out tremendously.

While Devi explained what living on purpose meant to her, which was “standing in my integrity, standing in my joy, honoring healthy boundaries, and using my god-given gifts to serve,” she also noted that your job title doesn’t define your purpose nor is it determined by how people see you. But, instead, as she puts it, it “is on our soul’s mission and our connectedness to ourselves.”

“The World Is Yours” series, which followed the lives of Indian-American rapper Raja Kumari, fashion icons Coco and Breezy, and actress Ryan Destiny, came to an end. In the final episode, the ladies discussed their future endeavors and what piece of advice they had for people out there chasing their dreams.

Raja shared that she genuinely believed that she was on the right path after her the first song she ever wrote, a single for rapper Iggy Azalea off her New Classic album, was Grammy-nominated. She also had a message for fellow women trying to achieve their goals, saying, “Don’t think about what others are doing. Just think about what I can do every day to be better, and you can live your dreams.” 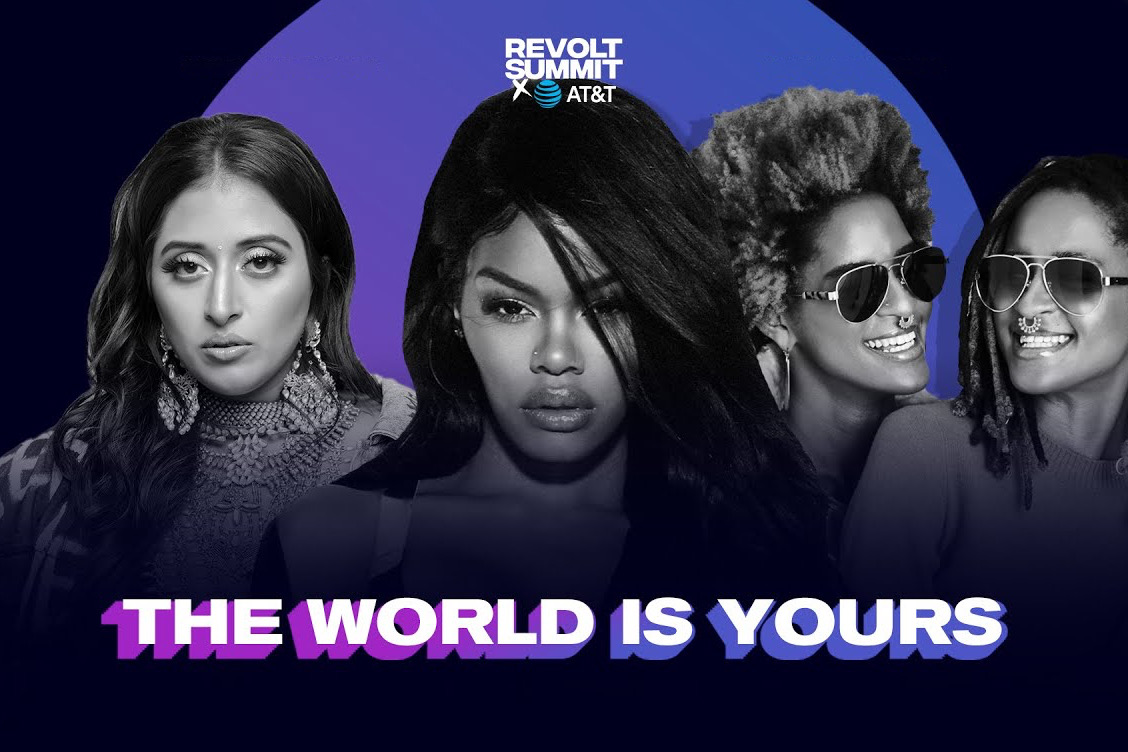 Sister duo Coco and Breezy had some thoughtful words for anyone who might be dealing with bullies. “Bullies bully you because they’re the ones lacking competence,” they explained. “So, if you keep that mindset and understand that it’s not you, it’s them, that helps.”

Guest judges Riley, Dallas Austin, Jovan Dias, and JWISE joined host Amanda Booz for the fifth and last round of the “Be Heard” music competition semi-finals.

This session stood out from the rest thanks to a special incentive from judge and producer Dallas, who announced that whoever won this next weekend’s contest would also get a single deal with his label, Rowdy Records. After a very tough deliberation, singer Malaya Watson rose above the rest. The former “American Idol” contestant is now one step closer to that $10,000 grand prize and will be moving on to the finale, which will be held on Oct. 23 in Los Angeles, California. So, make sure to tune in!