“Shit came from Memphis. Memphis been doing this shit since the ‘80s. Before crunk, we called it buck,” he explained.

Duke Deuce might have been born into southern rap royalty, but the rapper is carving his own path as one of the next big trailblazers coming out of the Memphis rap scene.

Bringing back the sound of crunk, Deuce is satisfied being in his unique lane. “I’m bringing it back but I’m coming in with a purpose though because I’m really just letting the world know where it really came from,” he told REVOLT.

In the latest episode of “Off Top,” the “Crunk Ain’t Dead” emcee sat down with Big Tigger, Rapsody, and DJ Nyla Simone to discuss the origin of the genre, his forthcoming CRUNKSTAR project, and his future acting plans.

Finding his niche, Deuce explained his connection to the music style as it relates to his southern upbringing. “Shit came from Memphis. Memphis been doing this shit since the ‘80s. Before crunk, we called it buck,” he explained. “I seen the little interview — it was Scrappy at ‘The Breakfast Club,’ and he said it was hype at first. It wasn’t hype — shit was buck… Look at Memphis, give us our flowers.” 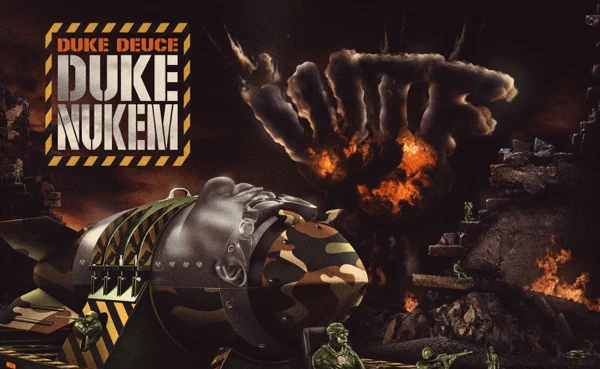 Rapsody asked the Quality Control signee how he got his name. According to Deuce, it was created with the assistance of his mom. The name is inspired by his father, producer Nitty. “My pops used to wear a lot of Duke shit, like the Duke skully and shit, like the colors and shit was just hard. But, they called him Duke though,” he responded. Despite growing up in a musical household, Deuce doesn’t feel any pressure. “He just really supporting me, you feel me? That’s all. He made me make my own way, but he tell me — he straightens me out when I’m fucking up. So, it’s like balance.”

The emcee teased his forthcoming album, CRUNKSTAR. Previously calling it one of his most creative projects ever, Deuce says fans have a lot of variety to look forward to. He told the hosts, “I mean, ain’t no limitations really. It’s like I’m really gonna give these folks everything.” Though he’s known for his crunk music, he doesn’t want to be placed in a box. “Everybody was just saying crunk like, ‘Okay do crunk.’ You can make crunk. Now. It’s like ‘Okay, dude got some more shit.’” Teasing a feature from Rico Nasty, Deuce is prepared to show his fans how versatile he truly is on the next project.

Tigger asked the “WTF!” rapper about his feelings regarding being left off the XXL Freshman cover. For Deuce, it’s a thing of the past. “It is what it is. I really don’t even give a fuck no more. I just wanna keep going. Shit, they said Lil Baby didn’t even make the [cover] but shit he’s one of the greatest right now, so fuck it,” he said. Unbothered by it all, Deuce joked, “And I came in there with all them damn jokes.” 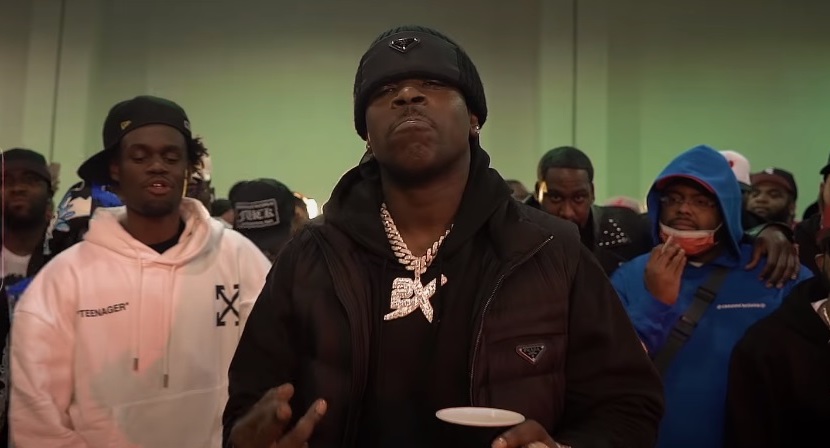 Not making the XXL Freshman cover is only one of the things that fuels the rapper’s motivation to be at the top of his game. The Memphis native cites his daughter and a lack of comfortability as factors, too. “I got a daughter, you know what I’m saying? She’s with me mostly all the time,” he explained to the hosts. “She was the main reason why I went crazy in the first place. When I had her, shit I was like — my life just hit hard, bro, for real. Life hit hard, and I was like, ‘Damn, I got a little girl now. I gotta do something.’”

On the subject of longevity, Deuce always has it on his mind when it comes to crafting some of his songs, especially for his next album. As an artist, the emcee looks forward to having a fruitful career in both music and acting. When asked how he’d want to be remembered in 25 years, he responded, “I want to be remembered as one of the greatest from my city. I just want to put a lot of people on too, as well. I got plans, bro. I just want to make a big ass mark in the industry.”