Young Dolph explains why he turned down $22 million deal: “I’m a hustler”

On the newest episode of REVOLT’s “Off Top,” Big Tigger, Rapsody, and DJ Nyla Simone sat down with Young Dolph and Key Glock to discuss familial ties in the industry, ‘Dum and Dummer 2,’ and more.

On the newest episode of REVOLT’s “Off Top,” Big Tigger, Rapsody, and DJ Nyla Simone sat down with Young Dolph and Key Glock to discuss familial ties in the industry, Dum and Dummer 2, and Dolph’s Paper Route Empire label.

Back in 2018, Dolph revealed he turned down a $22 million contract deal. Tigger asked him why on “Off Top.” From a business perspective, the emcee felt he was worth more than what he was offered. “It was just, like, I’m a hustler, you know what I’m saying? And I know that I can leave out this building and go stir up some more shit, then y’all want to, like, give me even more. Up the value,” Dolph explained. “I just always been a person that I’ma always gamble big on myself. That’s just how I was raised, like, gamble big and win even bigger.”

A month after the fact, the Rich Slave rapper signed a multi-million dollar partnership deal with Empire Records. Comparing the business move to Master P, Rapsody asked Key Glock how he has been inspired by his cousin’s business savvy. “Well on the business side, he probably inspired me with everything I do because this is deeper than music with us,” Glock said. “Just like he handle business with other things outside of music, and I still be there sometimes witnessing and understanding.” 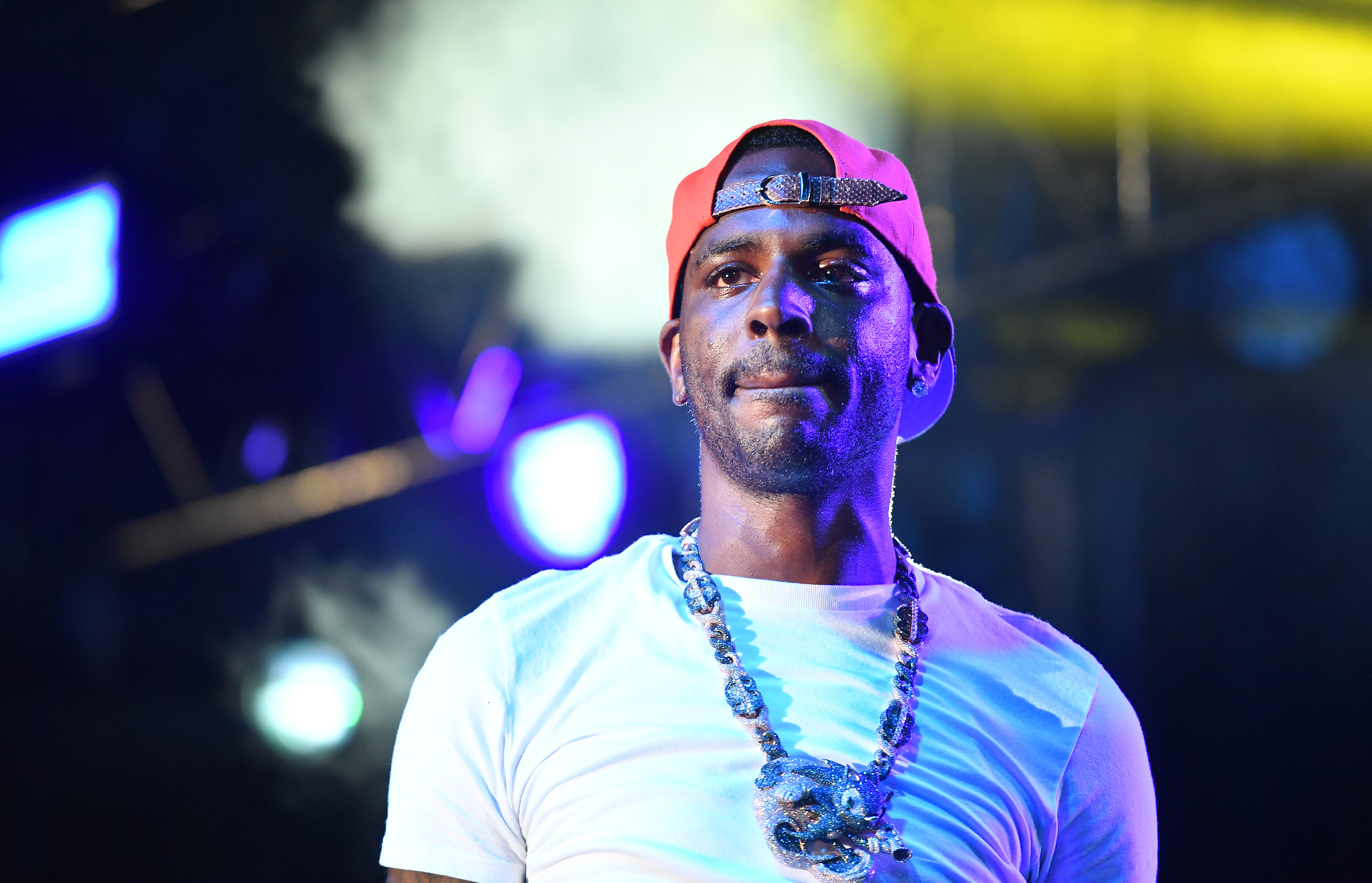 As family in the rap game, Dolph and Glock share a friendly family rivalry. For the Paper Route Empire exec, he has to come with the same electrifying energy that his protégé brings to the table whenever they’re on a collab together. “It’s like when I come behind Glock, I can’t come behind glocking. Go rap some bullshit — then rap a bullshit verse, like nah, I gotta come on with it,” he said. He then praised the “Mister Glock 2” emcee for his skills. “[Glock] got all the way where he at by never doing — he never had no features, no nothing on none of his tapes. So, it speaks for itself. It speaks volumes. Know what I mean? I really don’t know no young nigga that’s on his level of doing what he doing or got what he got around his age.”

Later, Tigger asked Dolph what is one of his biggest takeaways from the streets that translates to business. “Staying focused. That’s the most important thing,” the Memphis native responded. He further explained the difficulties that come with maintaining focus. “It’s a lot of shit, like a lot of people get caught up on what’s going on instead of focusing on what you got going on yourself, what worked for you — what’s best for you. A lot of people be so stuck on watching everything and everybody else or looking at social media all day and it’s like they dictate they live off of what everybody else is doing. You ain’t gonna get there like that.”

Rapsody recalled Dolph sharing an emotional tribute to his cousin Juice WRLD on social media. When asked why he chose to share that information with the world, he explained that both he and his family didn’t know much about their connection to the late artist. “A lot of the family didn’t know it. Like we ain’t have we had that relationship, like he on my mama’s side,” he said. “It was like the shit just a little weird situation, know what I mean? My grandma and his granddaddy like brothers and sisters, but like is you close to your grandma sisters’ kids and all of them?” Despite the familial ties being unbeknownst to him, Dolph wishes he could’ve crossed paths with the “Lucid Dreams” rapper to share his wisdom. 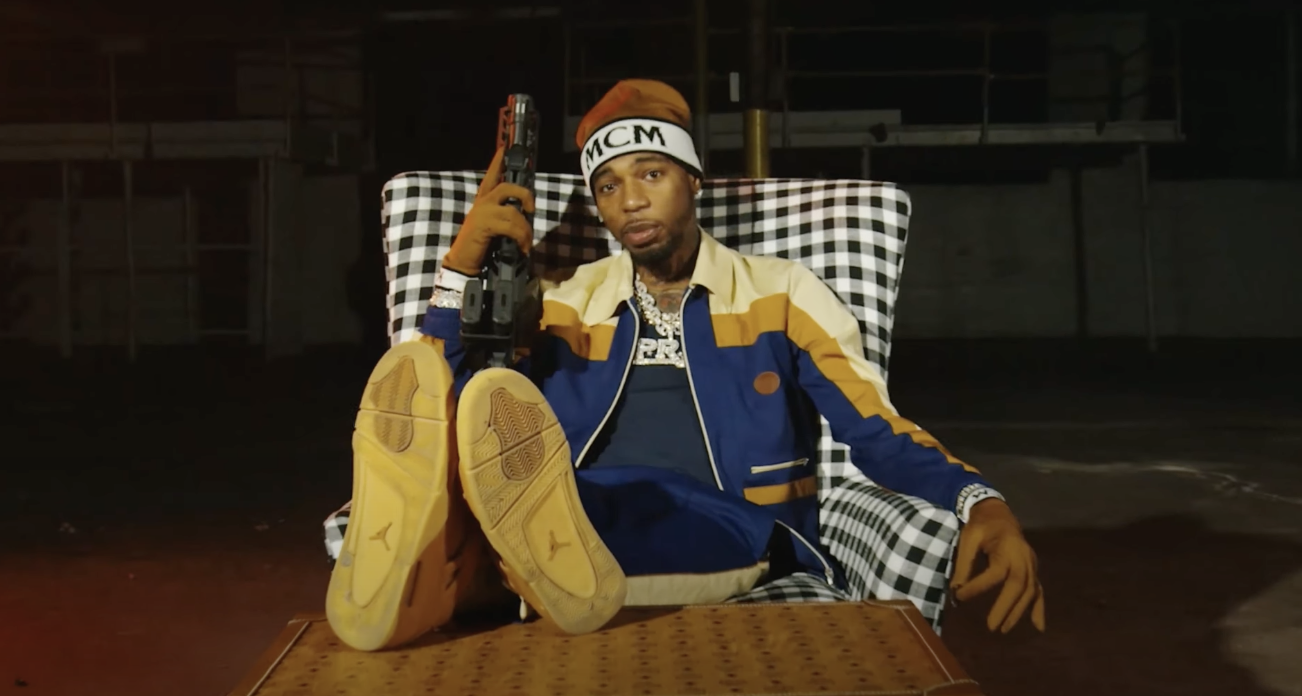 Back in March, the duo teamed up for the second installment to their collab project, Dum and Dummer 2. Nyla Simone asked if they have individual projects underway. While Dolph says he’s “chilling” for now, he teases Glock’s new music coming soon. Tigger joked about retirement plans, but the “RNB” rapper said his fans and loved ones won’t let him retire. “To keep it 100, I’m just having fun watching everything everybody doing. I’m just chilling.” Tigger asked Glock what’s his drive to succeed. His answer is simple: “The way the industry is set up, I feel like I got something to prove... to myself. I know I ain’t got nothing to prove, but I feel like it’s something I’m missing.”

While Dolph has plans to take it easy, he continues to build his ever-growing Paper Route Empire roster. He introduced his new artists PaperRoute Woo, Snupe Bandz, Joddy Badass, and Chitana. Tigger asked the music mogul how he chose them. “You gotta have that music and I gotta take a liking to you. I gotta fuck with you. I ain’t about to have nobody around that I really don’t fuck with,” he responded. “They just got it, you know what I mean? They all could sit here and hook up their phones to... play shit and rock y’all ass to sleep. They just got it.”

Check out Young Dolph and Key Glock’s full “Off Top” interview above!