“If you just shut up long enough...just make your music and be quiet long enough, people will start defending you.”Yung Bleu said on “Off Top.”

On the newest episode of REVOLT’s “Off Top,” Yung Bleu sat down with Big Tigger, Rapsody, and DJ Nyla Simone about the success of “You’re Mines Still,” collaborating with household names in the industry, his forthcoming project, and cancel culture.

Bleu’s career skyrocketed with the release of his 2020 chart-topper, “You’re Mines Still.” Not only did the track garner attention, it also inspired a new wave, as noted by Rapsody. She asked Bleu how it felt to be at the forefront of a whole new era of music to which he replied, “It feel good like, you know, I’m trying to just carve out my own lane, and just do the type of music I want to do. Try to make my own little wave.” He further explained that it was his supporters who inspired his sound. “It was probably was just how my fanbase was going, and me just capturing that fanbase — like I never wanted to be like other artists. ‘Cause when I perform, I probably be on a double header show with four other artists, but it was like, ‘Damn, who could grab the females? Like okay, we gotta book Bleu.’” Tigger asked the “Miss It” emcee if he considered himself a rapper or not. Bleu doesn’t want to be boxed in, and would rather be considered an artist. “I started off as a rapper, and I still do rap too. My project is full of versatile stuff, but [this] lane , I just love it so much,” he said. Continuing on the topic of “You’re Mines Still,” DJ Nyla Simone asked him how it felt to land a Drake feature at an early point in his career. Bleu laughed and responded, “I been around. Like [Drake] was telling me, ‘I been heard of you.’” He added: “I had a little buzz, but it just seems like that.” 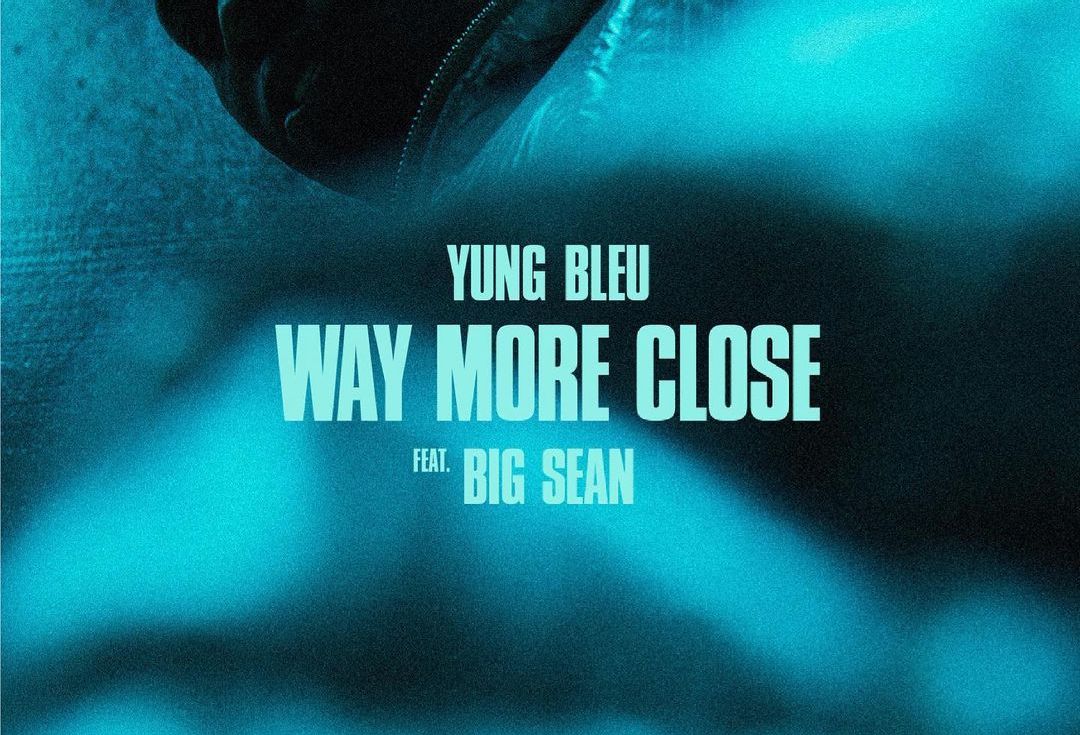 Tigger asked the 27-year-old about his 2 Chainz and Chris Brown-assisted track, “Baddest,” and how he felt about being the rookie on the record. “It was good, like, I feel like the energy was so natural. I kinda got like an old soul... So it just be natural connecting with people that’s older than me because I always just been into like business and just higher learning stuff. So, you know, it was natural for real. And the video came out crazy.”

Rapsody followed up by asking the rapper about his creative process, as well as the difference between busting a record and making a song. “Making a good song — more thought goes into it. You thinking about how the crowd gon react, like, when you perform it,” Bleu replied. Aside from the fact that he wrote the song in 10 minutes, he says that he envisioned the “You’re Mines Still” video as he wrote it. When asked about Chloe Bailey, Yung Bleu spoke on their work relationship and her cover of his track. He explained, “We were signed to the same label at one point. Like I was signed to Columbia. She was signed to Columbia. Like I said, that was our first time. Everybody was like, ‘Man, how you get her to come to the studio? Nobody get her to come to the studio.’ I was just like, ‘I don’t know.’ People just want to work with me because like I said I’m a creative.”

Tigger asked the Alabama native about his diverse sound, which could easily be interpreted as a new wave of Afrobeats upon first impression. To that point, Bleu said, “The people who gonna take time to listen to the project will see how diverse it is.” Given his Nigerian roots, the artist explained that he likes to experiment with different cadences in homage to his heritage. 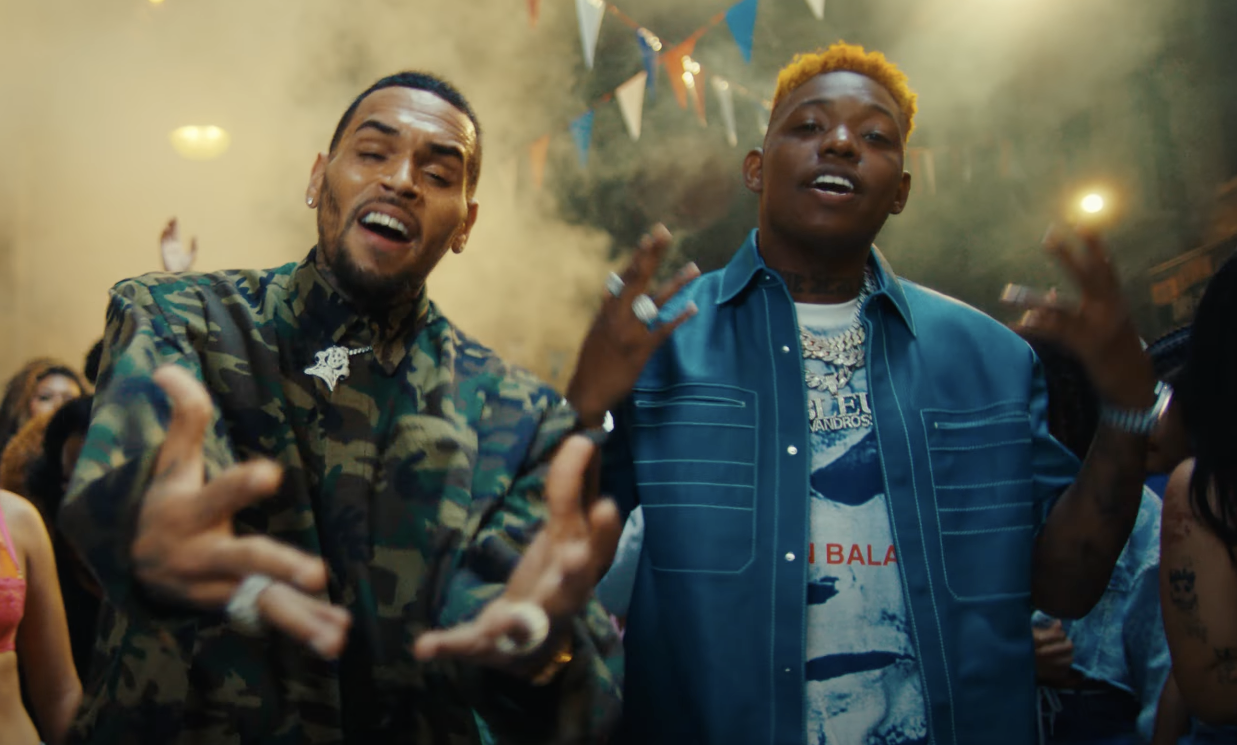 On the subject of business, Tigger also inquired whether Bleu is still with Dreamchasers. Bleu said he still works with them on the management side of things, but remains independent. Although he and Meek Mill don’t converse often, he added he may make an appearance on the latter’s upcoming album. Bleu also noted that he has a great friendship and business relationship with Rick Ross, who taught him that building relationships better than immediate money. “We just be talking, like all types of stuff. Like deals — just million dollar conversations. He done linked me up with billion dollar people,” Bleu explained. “He opened up that lane for me. He was just like, ‘Man, I see you, like, you ain’t just an artist. I see the type of stuff you doing, I want to open this...”

Simone asked Bleu the origin of his Bleu Vandross persona. He recalled playing around on Twitter calling himself Bleu Vandross, and the name was fan-approved. Bleu said it’s his alter ego: “It’s like Bleu Vandross is kind of like when I go, like, full R&B mode.” He also cites Luther Vandross as one of his inspirations. Rapsody told the emcee he should do a ladies-only concert, but he joked that men would get mad.

The conversation led into discussing his lifelong dreams, in which Bleu said he wanted to have his own label in the future. “You know, once I get to a platform where I feel like I could put on other artists and make other millionaires, I definitely want to do, you know, things with like products — like the liquor, the lounges. A lot of like business mogul stuff just in the future, so I could just pass down to my kids and stuff like that,” he answered. 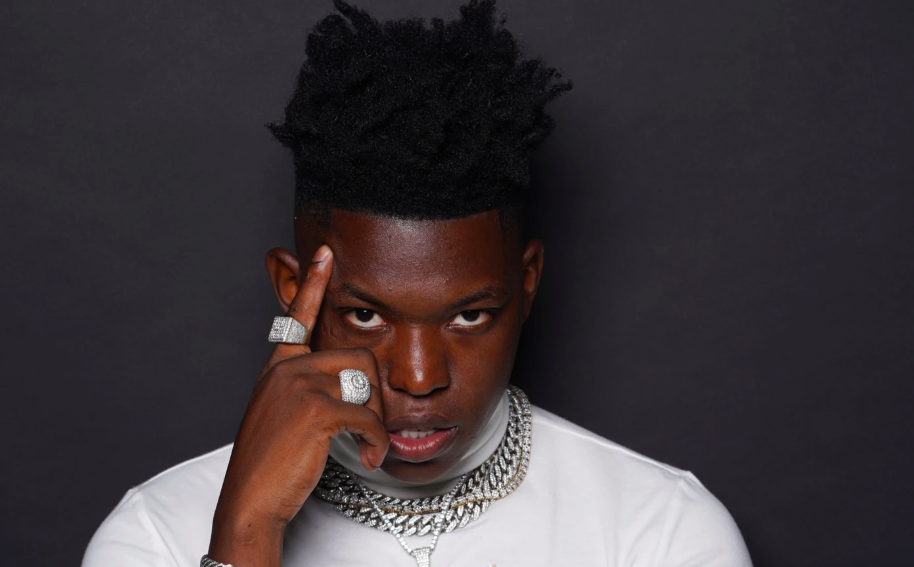 Earlier this year, Bleu linked up with Taleban Dooda for their “More Than Average” collab in which he tackled the conversation of police brutality and discrimination. Simone asked him if the topics were heavy on his mind when he crafted his verses, given the events of the year prior. “I mean, I just think that sometimes when [you] have a platform, you just gotta use it. You have to use it in more than just music. Like sometimes people want to hear your take on important stuff that’s going on in the world — not just music,” Bleu said. “So you want to use your voice to speak up on political things — things that probably, you know, going on in the world.”

Tigger later asked if Bleu is concerned about cancel culture. The emcee said he has the best remedy for it. He explained, “All gotta do is just be quiet... If you just shut up long enough, you know what I’m saying, just make your music and be quiet long enough, people will start defending you.” Bleu also revealed he is very discerning about what he says because he is a good person and likes to maintain positive energy. He added, “Well, I want to be known for music... Once you’re known for music, nobody can take that for you. If the blogs stop posting you, your fans gon’ still be there. Being built up off that, I feel like if you lose that, then people think... ‘He ain’t in the media no more. He fell off.’”