Rihanna and Nicki Minaj break the internet with new photos together

Fans are excited that the Caribbean queens and their families linked up.

Nicki Minaj and Rihanna have set the internet on fire. The two Caribbean queens linked up in New York and took a few pictures and videos, which the “Seeing Green” emcee posted on her Instagram account.

In one photo, Nicki, her husband Kenneth Petty, their son “Papa Bear,” Rihanna and her boyfriend ASAP Rocky posed on a couch. “#RokNRiha #QueenRih #CaribbeanGirlsRunit Love her downnnnnnn #NewYorkShit #YKTFV,” the Pink Friday rapper captioned the post. Nicki also shared a video of herself with Rih as they discussed how Bajans do not like Trinidadian people. “They draw a line in the ocean over flying fish,” the “Sex With Me” singer said, adding, “but that’s for another day.” 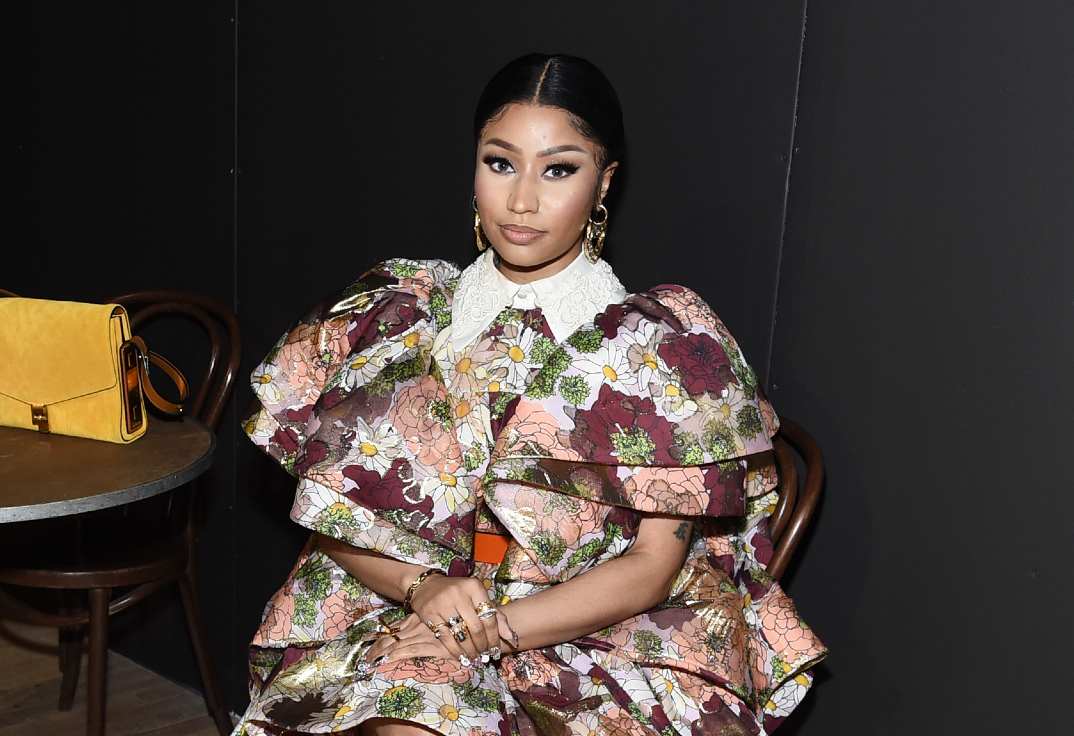 “Rihanna” became the number two trending topic on Twitter as the Barbz and Navy took to social media to share their excitement after seeing the two women together again — especially since they haven't been photographed together in years.

Twitter user @minjatrollz tweeted, “A picture and video of Nicki Minaj & Rihanna is breaking the internet in under 20 minutes of being posted. Imagine a collab… holy fck!”

A picture and video of Nicki Minaj & Rihanna is breaking the internet in under 20 minutes of being posted imagine a collab… holy fck!

Social media user @wiz_thcreator wrote, “Rihanna and Nicki Minaj really was in the same room together chillen with the kids, NEW MUSIC IS FUCKING COMING.”

Rihanna and Nicki Minaj really was in the same room together chillen with the kids, NEW MUSIC IS FUCKING COMING pic.twitter.com/J0GamjgOso

Currently, Rihanna is getting ready to drop her newest Savage X Fenty fashion show on Amazon Prime. The forthcoming show, which is set to begin streaming on Sept. 24, will feature an “all-star” cast of “models, actors, performers, and more” and will combine “fashion, dance, music, and iconic architecture,” according to a press release.

Nicki, on the other hand, is working hard on her fifth studio album. “This album will definitely be my best album thus far,” she recently said during an Instagram live session with fans. In May, she re-released her 2009 mixtape Beam Me Up Scotty on streaming platforms. The EP became the highest-charting re-released mixtape from a rapper and the highest-debuting female rap mixtape in Billboard 200 history.

Check out Nicki’s posts below.