Dallas Austin talks ‘Drumline’ being about him, TLC, Diddy, Michael Jackson and more

Dallas Austin laid the foundation for the Atlanta entertainment industry. Music, film and television would not be the same without his contributions.

Grammy-winning super-producer Dallas Austin is in the trap this week. Dallas laid the foundation for the Atlanta entertainment industry. Music, film and television would not be the same without his contributions. On this “85 South Show” trap episode, he breaks it all down for Karlous Miller and Clayton English. The star also shares his unbelievable experiences with legends such as Michael Jackson, Madonna, James Brown and Prince.

Atlanta has been a very important part of the entertainment industry and hip hop culture for years and Dallas plays a major role in that. Originally from Columbus, Georgia, he talks about his early life and how he got started in the music industry on the show. Dallas even details MJ’s magical ways and Karlous is absolutely blown away.

He also discusses what it was like spending time in Madonna’s haunted castle in Los Angeles, California. The guys are shocked at the story of how Brown motivated his band before a show. Dallas even talks about aliens, the mothership and George Clinton. If you want to know how Puff Daddy found his way in the music industry, Dallas has the story. 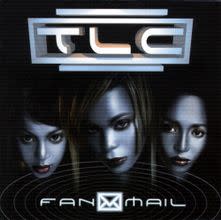 The producer also opens up about the beginning days of his label, Rowdy Records, and making massive hits with stars like Boyz II Men, TLC and so many more. Plus, he shares a few stories about Suge Knight and Death Row Records. If you’re a fan of the movies ATL or Drumline, Dallas discusses the making of both of them.

Drumline was based on Dallas’ life and he walks us through everything from casting to production of the movie. We learn about him not being able to read music, but using it to his advantage. Dallas also talks about the comeback of his label and how he plans to help new up-and-coming artists. He also mentions his distribution company, Dallas Austin Distribution.

This episode is jam-packed with stories from start to finish. You don’t want to miss it! Watch below.