On Wednesday (Jan. 6), social media went into a frenzy when video footage of thousands of Trump supporters storming the U.S. Capitol in Washington, D.C. began circulating. The chaos actually began on Tuesday (Jan. 5) night when these pro-Trump protesters clashed with police officers ahead of Congress certifying Joe Biden’s presidential win this afternoon.

There are countless amounts of footage from last night’s events, as well, where viewers can see these supporters attacking authorities in the street — near Black Lives Matter Plaza to be exact — which isn’t too far from the White House.

Today, as the world watches these protesters continue with their violence, we’re now seeing more recent footage of them successful storming the Capital building, and actually walking inside of it as if they’re simply taking strolls on the beach. 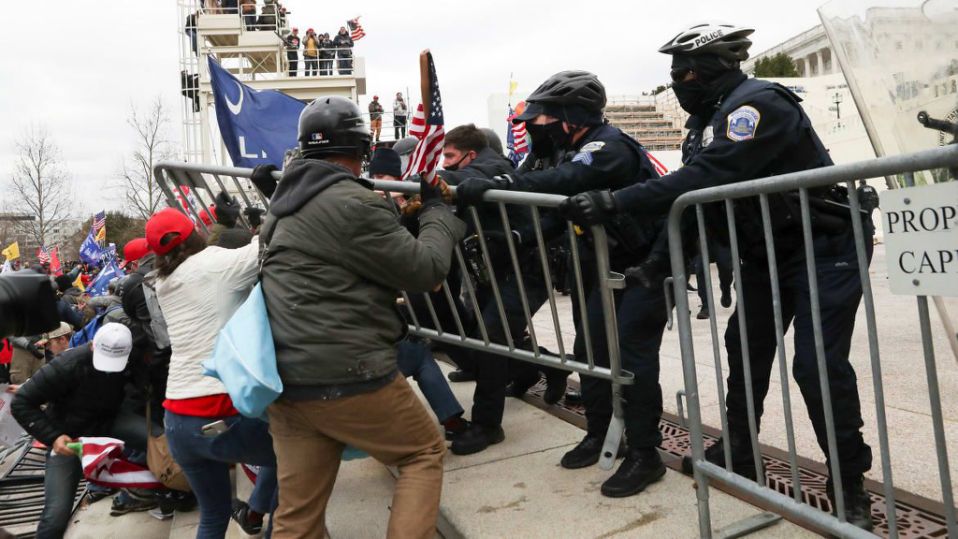 When they initially attempted to infiltrate the building, it was actually put on lockdown. However, it looks like that tactic wasn’t successful considering that these protesters are now inside.

Seeing these videos have angered a lot of people, specifically Black people in this country — even around the world — as they’re drawing comparisons about what these Trump supporters would have been faced with from government officials and police authorities had they have been Black people storming the building. Many are looking at these white protesters seemingly easily do this with little to no reaction or people stopping them as the perfect example of white privilege.

One pro-Trump protester was even captured standing on the Congress stage. Shaun King posted the photo with the caption, “A Trump supporter just took over the stage and microphone on the floor of Congress and is yelling, ‘Trump won the election.’” See that below.

We’ll keep you updated as these events in Washington, D.C. and specifically at the U.S. Capitol continue on throughout the day.