The “Ice Ice Baby” rapper played for a maskless crowd at the president’s annual Mar-a-Lago New Year’s party even after the POTUS reportedly ditched the event.

Even in the midst of a pandemic, President Trump held his annual New Year’s Eve party at his Mar-a-Lago resort in Florida. Despite the extravagant display and the vintage line-up of performers including rapper Vanilla Ice, the POTUS didn’t even show up.

On Thursday night (Dec. 31), footage surfaced of the president’s New Year’s Eve festivities. According to the Instagram Story videos, performers like the Beach Boys and Mr. “Ice Ice Baby” himself appeared to perform their hits to a crowd full of Trump’s family, friends, and supporters. Despite the CDC’s warnings about public gatherings, Vanilla Ice performed unprotected to a mask-less audience.

APPARENTLY A LOT OF REPUBLICANS WOULD & NOT ONE WORE A MASK.

The 53-year-old rapper performed his 1989 hit “Ice Ice Baby” before rocking out with the crowd to other songs like “Play That Funky Music” by Wild Cherry. Donald Trump, Jr, his girlfriend Kimberly Guilfoyle, and the president’s current lawyer Rudy Guiliani were all spotted out on the crowded dance floor. All three had also tested positive for COVID-19 within the past three months. 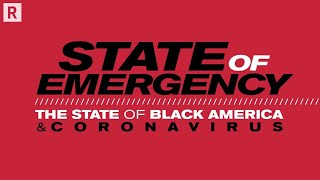 Prior to the New Year’s Eve gig, Vanilla Ice also caught heat for performing at another venue during the pandemic. Back in July, the Florida native was booked to perform a show in Austin, Tx. After overwhelming concerns about the coronavirus, Ice claimed that people “can’t live in a bubble” and even claimed that the venue had plenty of space for social distancing. However, he eventually ended up canceling the event.

“Due to the increase in COVID-19 numbers in Austin we’re gonna move the concert to a better date,” Vanilla Ice tweeted. “We were hoping for better Coronavirus numbers by July but Unfortunately the numbers have increased quite a bit so for the safety and health of everyone we’re going to stay home.”

As of this report, Vanilla Ice hasn’t directly addressed his performance at Mar-a-Lago. Hopefully, he doesn’t end up contracting the disease like many of those in the president’s camp.