Mike Tyson is making this insane amount of money for his Roy Jones Jr. fight

Mike Tyson has reportedly made $700 million in his boxing career alone.

Unless you’re living under a rock right now, you know that tonight (Nov. 28) is Mike Tyson and Roy Jones Jr.’s historic fight at the Staples Center in Los Angeles. One of the reasons this showdown is such a major event — aside from the fact that Tyson and Jones. Jr. are two well-known heavyweights in boxing — is the fact that both athletes are sparring at a particular age.

Tyson is 54 and Jones Jr. is 51, which we know is well over the average age for professional boxers. This fight tonight marks Tyson’s first time entering the ring in almost two decades and fans are excited to see if he’s still got it.

“My return to the ring after a 15-year hiatus will be electrifying,” Tyson said in a recent interview just last week. “I am looking forward to entering the ring in a spectacular fashion next Saturday. It’s going to be a historic and legendary moment and I’m ready to entertain the world.”

How to watch Mike Tyson and Roy Jones Jr.’s fight 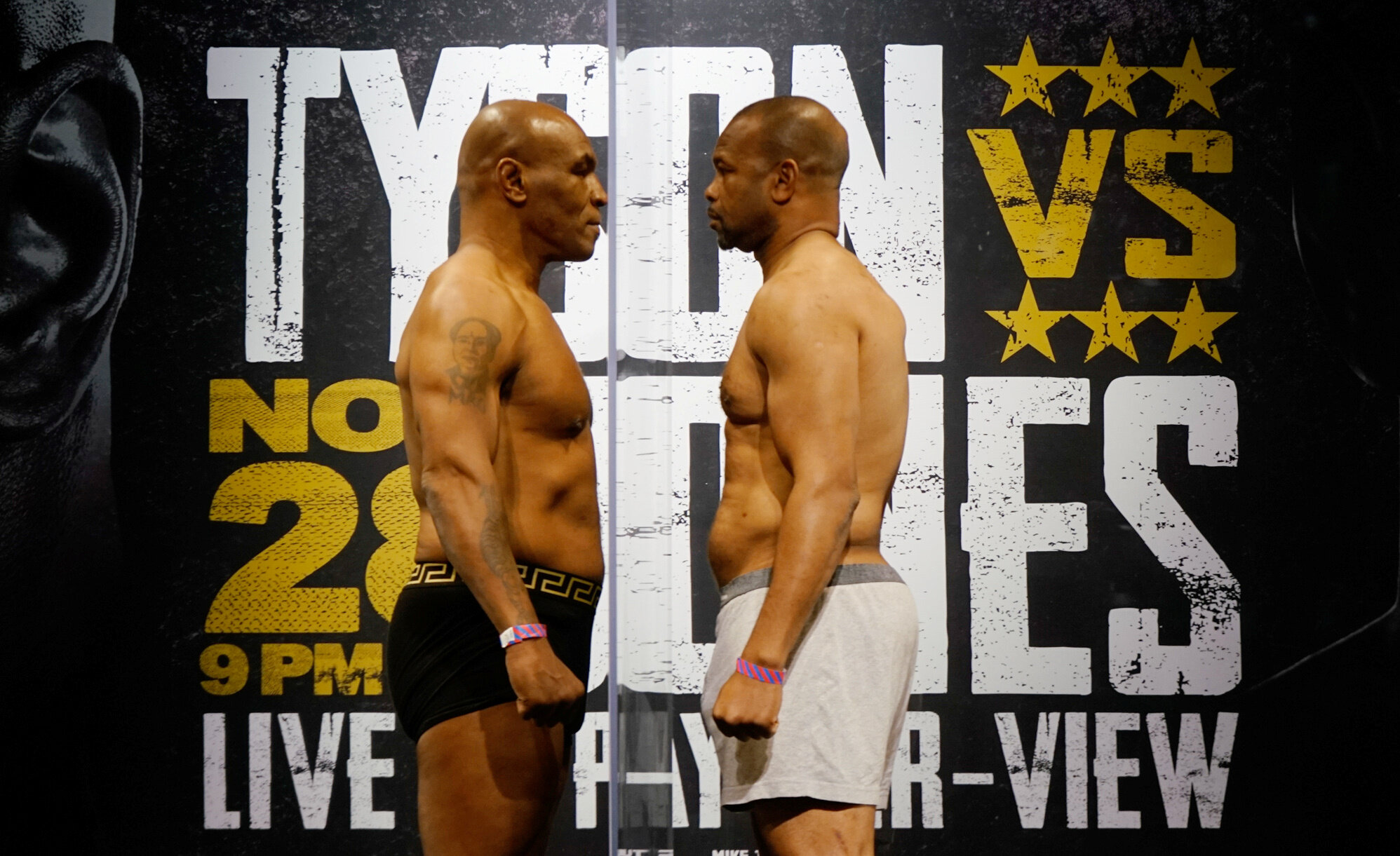 Luckily, for someone who haven’t been in a boxing match for so many years, Tyson is still going to make out pretty well tonight whether he wins or losses. According to Yahoo Sports’ Kevin Iole, he could make as much as $10 million at the end of the showdown.

Moreover, the California State Athletic Commission told ESPN that both Tyson and Jones Jr. have $1 million guaranteed for their bout no matter the outcome.

Tyson has made about $700 million in his boxing career, reports Sports Casting. This isn’t anything but chump charge for the fighter.

Catch the two boxers’ fight live-steaming on FITE.com for a charge of $49.99. It is also available on Pay Per View on cable, telco and satellite providers such as Verizon Fios, Comcast Xfinity and DIRECTV for all customers in the United States and Canada.