Lakeyah has a clear “Reason” in latest visual

The track appears on her recent ‘My Time (Gangsta Grillz: Special Edition)’ project.

Just last week, Lakeyah teamed up with the legendary tastemaker DJ Drama for their collaboration project My Time (Gangsta Grillz: Special Edition). The 11-track effort includes additional appearances from names like Bankroll Freddie, OG Parker, Tyga, and Moneybagg Yo. She paired the new release with an accompanying music video to help ring in the new accomplishment. The “Reason” visual features various scenes of Lakeyah grinding in the studio, killing it across the country at her live shows and much more as she delivers her hard-hitting bars: 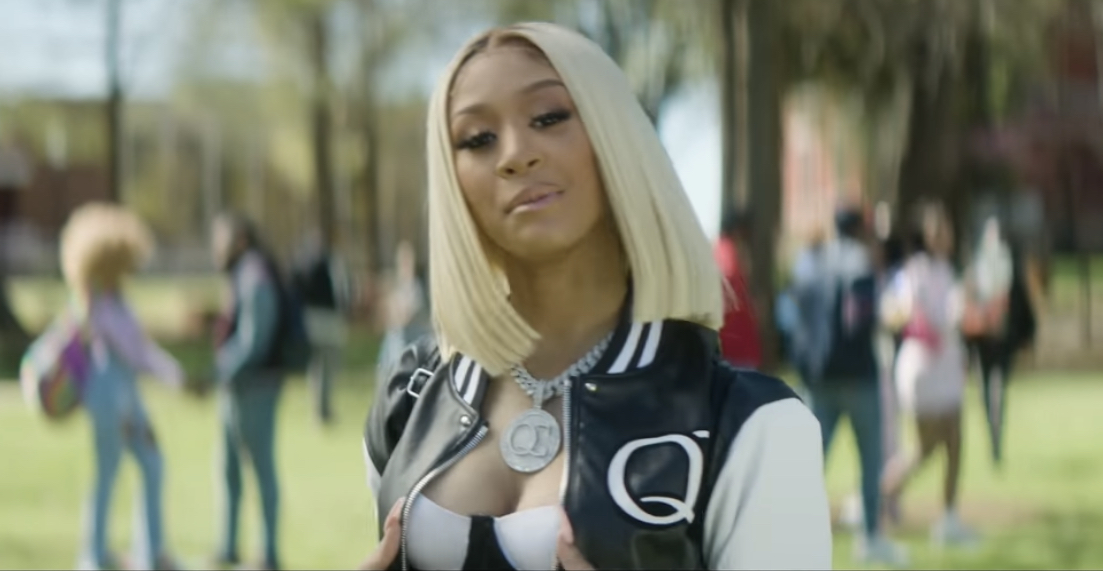 Prior to this, Lakeyah unleashed her latest body of work In Due Time back in April and has been spoiling fans with consistency in terms of fly visuals. First leading with the lavish “Easy” video, then the Gucci Mane-assisted “Poppin’” cut, then “Too Much,” “Perfect” featuring Yung Bleu, she continued with “Young And Ratchet” and kept her momentum going to set up her stage perfectly for My Time to arrive. Judging by her work ethic, consistency, and execution, Lakeyah is shaping up to be one of Quality Control’s most promising acts.

Be sure to press play on Lakeyah’s brand new music video “Reason” down below.