Young Thug’s next studio album P*NK is set to arrive on Oct 15, but so far we’ve gotten a few peeks into what’s to come. A snippet of his single “Tick Tock” was first showcased on July 24 during Young Thug’s set at Rolling Loud. Thugger then performed the song again two days later during his Tiny Desk concert before it premiered on Gray Rizzy’s SiriusXM show on Aug 19. Today (Aug 20), it is officially available in full on all DSPs for fans to enjoy as we wait for the new album. On the track, he shows off his signature cadence with ease:

Okay, shit, I just woke up in a Animal, I just woke up in a Lambo’/ Flawless baguettes and the orange Richard, I just had bust down a cantaloupe/ N***as want beef and I’m tryna be vegan, but fuck it, they bringing can of smoke/ I can’t see n***as in the glasses store (Swear) 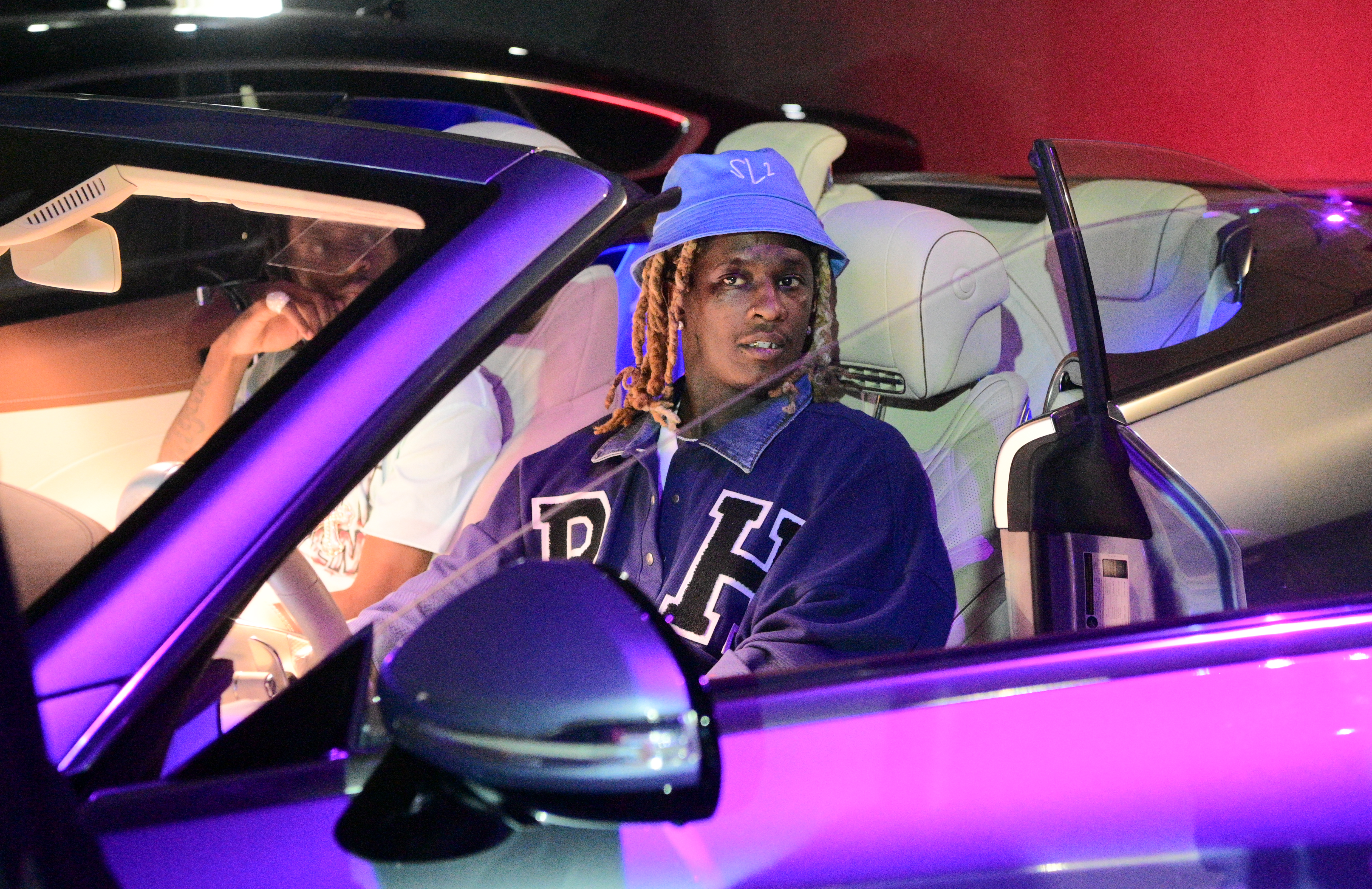 Slidin’ in the coupe in the back, smoke out the bag, too big for a sack/ Do you see her baby hair going down her back? Shawty look just like a two-year-old brat (God damn)/ Just like a record, get scratched/

In terms of other recent collabs from Young Thug, he joined Lil Gotit for his music video for “Playa Chanel” and can also be heard on recent albums like Mariah The Scientist’s RY RY WORLD and IDK’s USEE4YOURSELF. In June, Thugger and his Young Stoner Life collective liberated the second installment of their Slime Language series, which sees 23 tracks and a wealth of assists from Travis Scott, Drake, Rowdy Rebel, Lil Uzi Vert, Coi Leray, Big Sean, Skepta, Future, Yung Bleu, Kid Cudi, Meek Mill, and loads more.

Be sure to press play on Young Thug’s brand new single “Tick Tock.”