Things get “Too Bizarre” in Skrillex, Swae Lee, and Siiickbrain’s new video

The clip sees the collaborators rocking out in a packed rave.

Skrillex continues to blur the lines between music genres, making for top quality offering that everyone can enjoy. For his latest, he connects with Swae Lee and model/writer Caroline Miner Smith — also known as Siiickbrain — for “Too Bizarre,” a pop-punk number that sounds like a mix between rebellious subject matter and simply enjoying life, no matter how wild it is:

“Who the fuck put you in charge? Was it love that made you go so hard, you’ve been good to me so far, go to old school route, Mom’s garage, I can see you tomorrow, I can see you on and on, I’ve been drinkin’ all morning long, and I’m the one that you should done, should we just call it off?/” 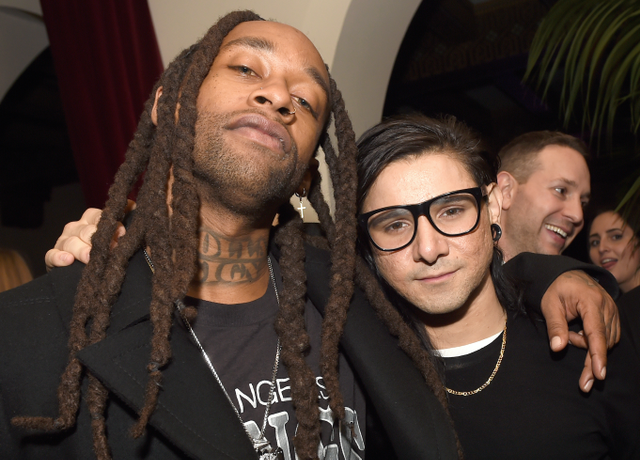 Directed by Jodeb, the accompanying clip for “Too Bizarre” begins with a single shot of Skrillex walking through a series of rooms and hallways to reach his guitar, which seems to spark a quickly growing party the second he begins playing. Swae Lee and Siiickbrain join in, leading to a lively day in a packed room — presumably, everyone was vaccinated prior to this event taking place.

“Too Bizarre” immediately follows another single titled “Butterflies,” another collaboration between Skrillex, Starrah, and Four Tet. In addition to his own releases, Skrillex has also made recent appearances on tracks like Ty Dolla $ign’s “Ego Death,” Juice WRLD’s “Legends Never Die,” DJ Scheme’s “Homesick,” and Justin Bieber’s “Somebody.” Meanwhile, Swae Lee has been peppering the masses with loose singles over the past couple of years, including “Sextasy,” “Won’t Be Late” with Drake, “Someone Said,” “Reality Check,” and “Dance Like No One’s Watching.” Currently, many are still holding out for Swae’s long-awaited album Human Nature — hopefully, a Rae Sremmurd reunion lies somewhere on the horizon as well.

Rock out with Skrillex, Swae Lee, and Siiickbrain below.